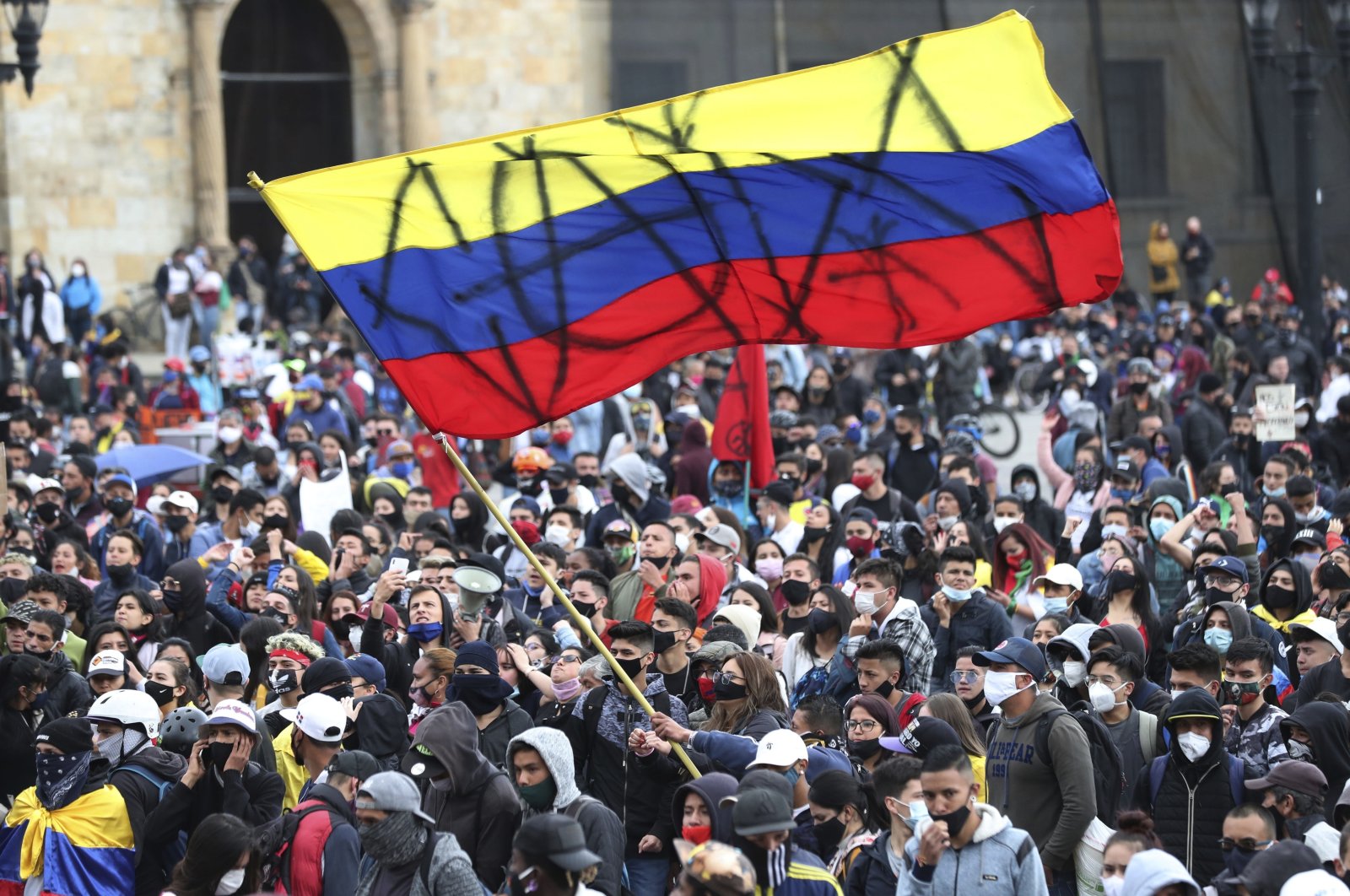 Protesters gather at Bolivar Square during a protest against the government in Bogota, Colombia, Sept. 21, 2020. (AP Photo)
by German Press Agency - DPA Sep 22, 2020 9:39 am
RECOMMENDED

Thousands of Colombians across the country on Monday demonstrated against police brutality, massacres and labor policies, as they tried to revive last year's protests after a pause imposed by the pandemic.

Trade unions and student and civil society organizations had called for vehicle caravans and marches. Caravans created traffic jams in Bogota, while protests were also held in at least eight other cities, broadcaster Caracol reported. Police put the total number of participants at nearly 5,000.

Some people reportedly stoned riot police in Bogota, but no major incidents were initially observed during the demonstrations, which followed three days of violent protests in the second week of September.

Those rallies were sparked by the alleged killing of a man by two Bogota police officers who accused him of violating coronavirus restrictions.

The subsequent rioting claimed 13 lives amid accusations that police had fired indiscriminately at demonstrators.

Thousands of police were deployed in Bogota to prevent further unrest on Monday, but Police Chief Oscar Atehortua said police would no longer use firearms.

Demonstrations called by trade unions had already been held on Sept. 7. A five-month quarantine was lifted in the end of August, and organizers are trying to revive large-scale anti-government protests that rocked the country late last year.

More than 60 massacres have claimed over 240 lives in Colombia so far this year, according to the nongovernmental organization (NGO) Indepaz. The victims include 11 people who were reported to have been killed in two massacres in the southern Cauca and Narino departments on Sunday.

The protesters also criticized a government decree that they saw as making it easier for employers to pay workers by the hour and demanded better pension rights and health care.

Bogota Mayor Claudia Lopez, meanwhile, announced the end of most coronavirus restrictions in the capital, relaxing rules on when different economic sectors may operate.

She also scrapped an obligation on shops to limit the number of customers by letting people in based on odd or even identity card numbers.

Colombia has confirmed more than 770,000 coronavirus infections, the sixth-highest number worldwide. Over 24,000 people have died.