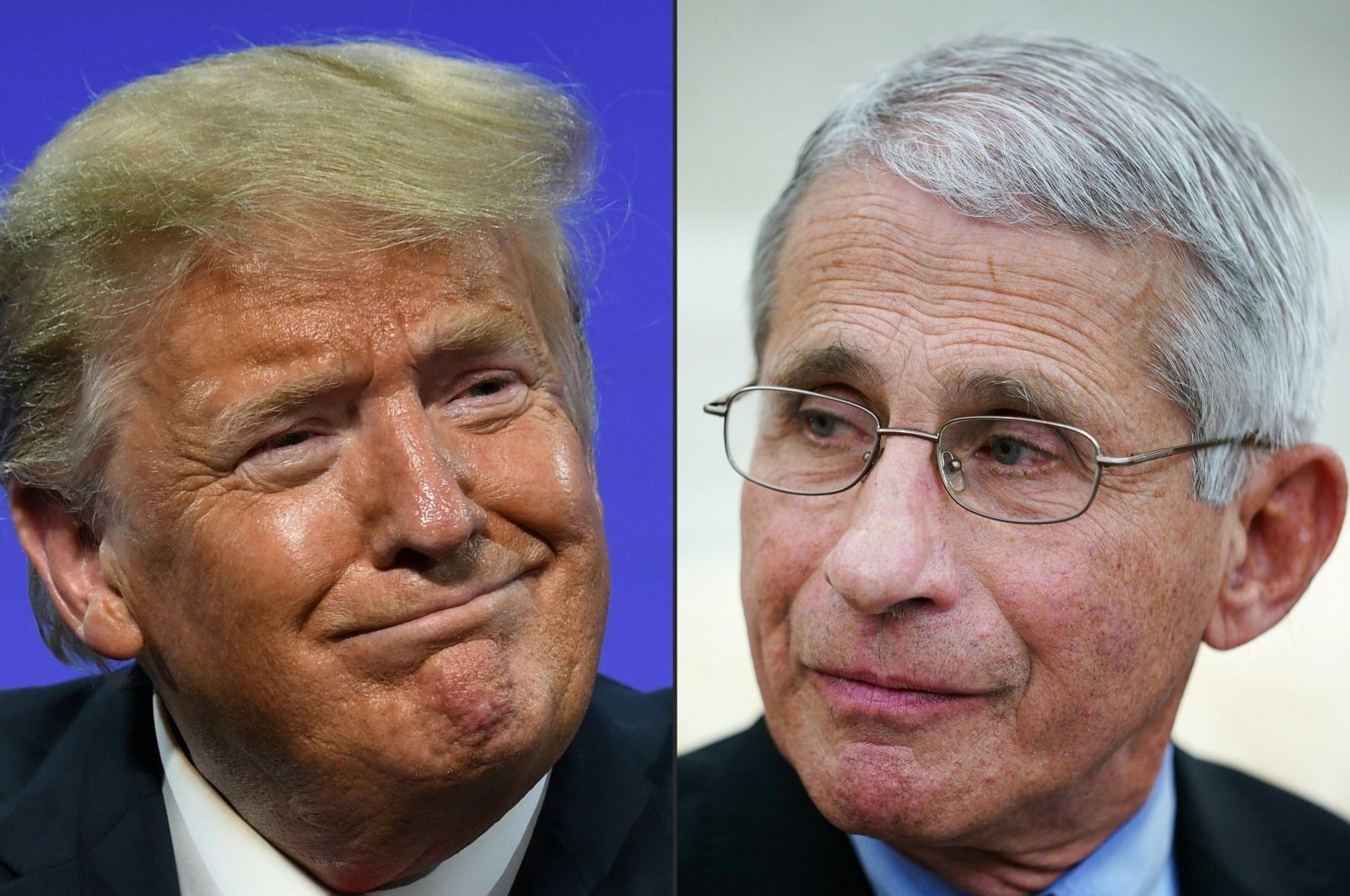 Leading infectious disease expert Dr. Anthony Fauci said Sunday he was taken completely out of context – and without his permission – in a campaign ad for President Trump lauding the U.S. response to the pandemic.

"I can't imagine that ... anybody could be doing more," Fauci is shown saying in the 30-second ad, with the ellipses inserted in a caption to the video, just at the point where there appears to be a split-second break.

According to CNN, Fauci's quote came out of a Fox News interview conducted in March in which he praised the efforts of the White House coronavirus task force.

At the time, he spoke about the unprecedented nature of the coronavirus threat and the "all hands on deck" nature of the response.

"Since the beginning, that we even recognized what this was, I have been devoting almost full time on this," Fauci said, according to CNN.

"I'm down at the White House virtually every day with the task force. It's every single day. So, I can't imagine that under any circumstances that anybody could be doing more."

That was before more than 200,000 people had died, economies had opened up too much too quickly, and the barely dented infection rate had begun to rise once again. It was also never meant to be an endorsement, Fauci told CNN.

"In my nearly five decades of public service, I have never publicly endorsed any political candidate," Fauci, the head of the National Institute of Allergy and Infectious Diseases, told CNN.

"The comments attributed to me without my permission in the GOP campaign ad were taken out of context from a broad statement I made months ago about the efforts of federal public health officials."

The Trump ad insisted that "President Trump is recovering from the coronavirus, and so is America," and talks of protecting seniors and getting them "lifesaving drugs in record time."

Trump campaign spokesman Tim Murtaugh told CNN that regardless of how much time had passed since then and what had transpired.

"These are Dr. Fauci's own words. The video is from a nationally broadcast television interview in which Dr. Fauci was praising the work of the Trump Administration. The words spoken are accurate, and directly from Dr. Fauci's mouth."