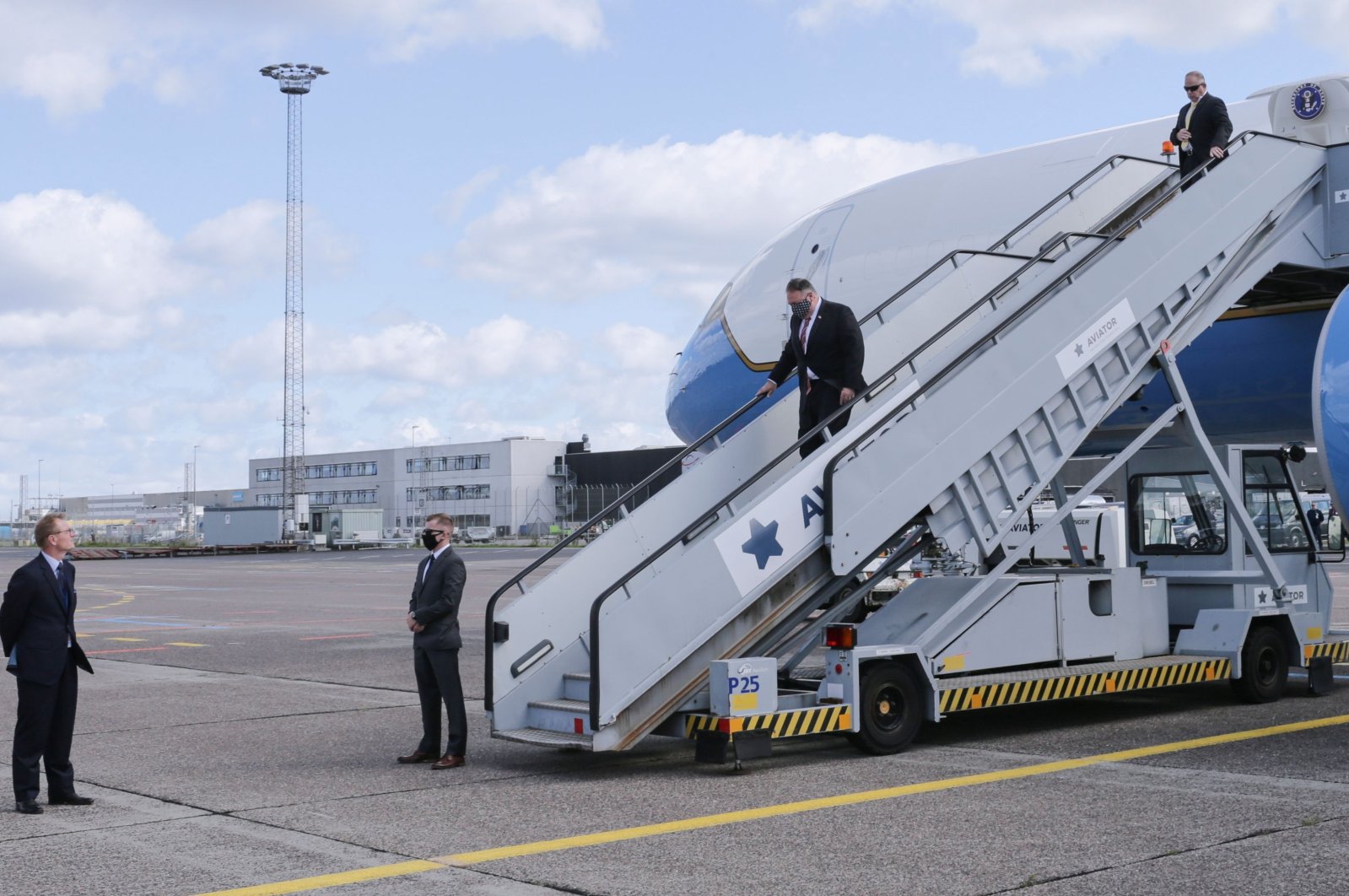 A year after the U.S. and Denmark butted heads over President Donald Trump's offer to buy Greenland, his secretary of state is visiting the Nordic country on Wednesday, with Arctic issues at the top of the agenda.

Arriving from the U.K., Mike Pompeo landed in Copenhagen shortly after 10 a.m. (0800 GMT) to meet with Prime Minister Mette Frederiksen.

He is then expected to hold talks with his Danish counterpart Jeppe Kofod at noon, when they will be joined by foreign affairs representatives for Greenland and the Faroe Islands, also a Danish autonomous territory.

In Kofod's words, Denmark considers the U.S. its "absolutely closest ally" and has contributed troops to NATO missions in Afghanistan, Iraq and Libya.

But relations hit some turbulence in August 2019 when Trump floated the idea of the U.S. buying Greenland, an Arctic territory covering over 2 million square kilometers.

Frederiksen called the proposal "absurd," leading Trump to cancel a planned visit to Copenhagen over the "nasty" tone of the response.

While the offer was the subject of some ridicule, analysts say it is also indicative of the U.S.' renewed strategic interest in the Arctic region, which had subsided somewhat after the end of the Cold War.

A few phone calls between the countries have since eased the tensions, and Greenland officials say they want to put the affair behind them.

"What we said in the past and what we do today are two different things. And what matters is what we do and what we say today," Greenland foreign affairs representative Steen Lynge told reporters Tuesday.

The U.S. reopened a consulate in Greenland's capital Nuuk last month, with approval from Copenhagen, and provided a $12.1 million aid package in April.

Greenland is also home to another strategic American asset, the Thule Air Base, which is the U.S. Air Force's northernmost base.

Leading up to the visit a statement from the U.S. Department of State highlighted the importance of a partnership in the Arctic "particularly as we see increased activity in the region from Russia and the People's Republic of China."

But there is another bone of contention: the Nord Stream 2 gas pipeline being built between Russia and Germany.

The U.S. strongly opposes the pipeline, which runs through the Baltic, crossing Danish waters, saying it risks increasing the dependence of NATO countries on Russian gas.

It imposed sanctions on companies working on the project late last year, a move strongly opposed by the European Union, and has recently threatened more.

Denmark was the last country to approve the pipeline, holding up the unveiling by several months, before finally providing the green light in October 2019.

Copenhagen denied any foreign pressure over the issue, but a diplomatic source told Agence France-Presse (AFP) the small Nordic country has faced great difficulty in balancing the interests of its two main allies, the U.S. and Germany.