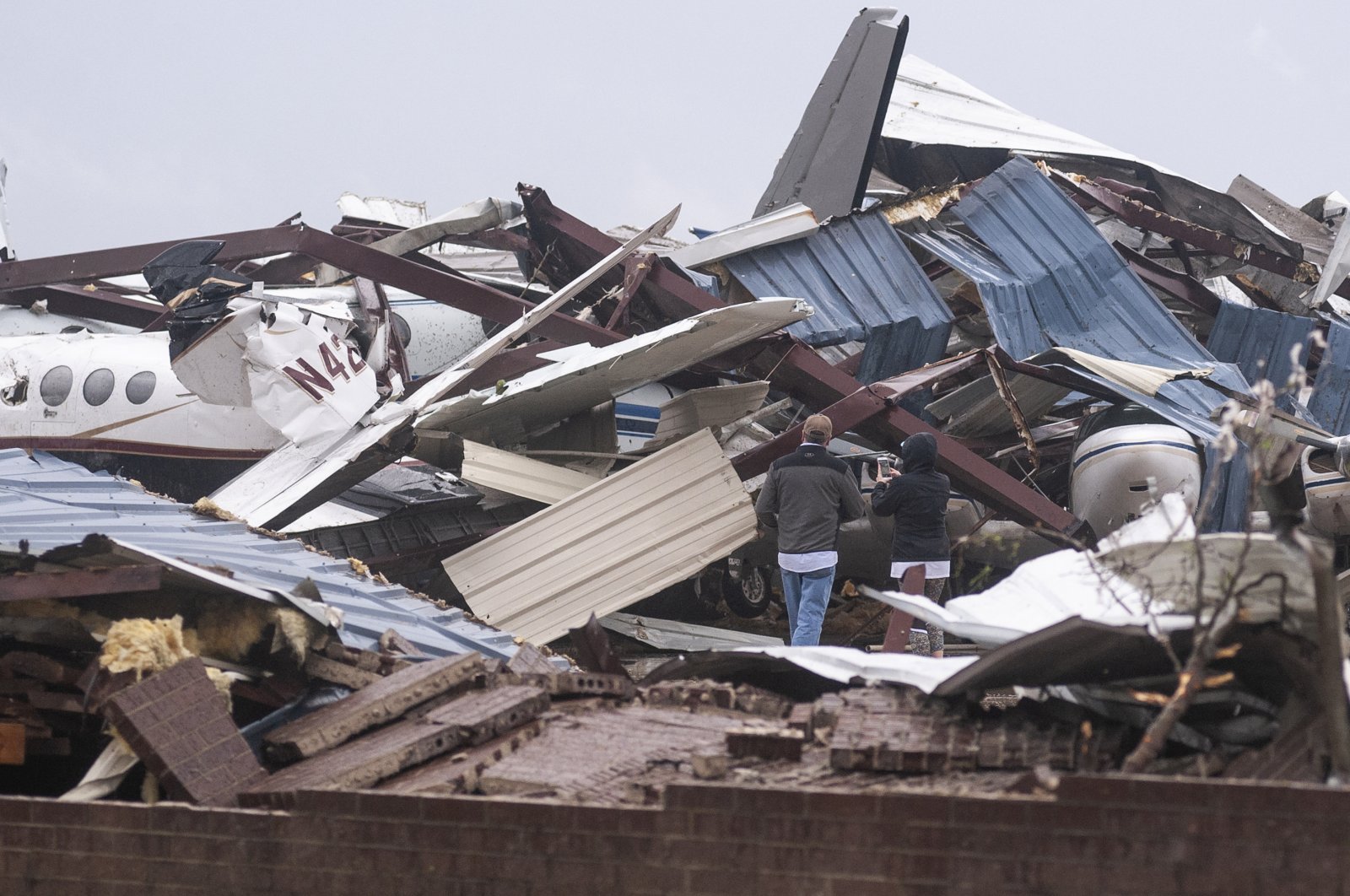 A tornado ripped through the U.S. state of Arkansas on Saturday, leaving six people hurt after hitting commercial and residential areas in the northeastern college town of Jonesboro.

The six people reported injured were taken to a local hospital with minor juries, Jonesboro E-911 Director Jeff Presley said. The tornado did major damage at the Mall at Turtle Creek and Jonesboro Municipal Airport.

Like much of the rest of the world, Jonesboro is working to fight the spread of COVID-19. Because of that, most stores in the Mall at Turtle Creek were closed Saturday to fight the coronavirus pandemic.

Severe weather could have been much worse if not for that, Presley said.

“At 5 o’clock on a Saturday afternoon that place would've been packed, and at this point there was hardly anyone in there,” Presley said. “It’s a blessing in disguise.”

Power was out in sections of the city, which affects the city's traffic lights. Wreckage tossed about by the twister also blocked roads. The mayor issued a 7 p.m. curfew, and authorities asked people not to drive around.

The storm also derailed a train, Presley said. Crews were examining damage and trying to determine whether there it had been hauling anything hazardous.

The National Weather Service tweeted a video from the Arkansas Department of Transportation that showed a large tornado dropping from storm clouds in Jonesboro.

U.S. Rep. Rick Crawford, who represents much of eastern Arkansas, said on Twitter that a tornado tore through “the heart of town” and asked for prayers for first responders. Crawford said his staff and family were safe.

Jonesboro is home to Arkansas State University. The university tweeted that the campus was not damaged.

Forecasters with the Storm Prediction Center in Norman, Oklahoma, warned that a severe weather outbreak was possible later Saturday for much of the central U.S.

The National Weather Service reported other possible tornadoes Saturday in Illinois and Iowa.