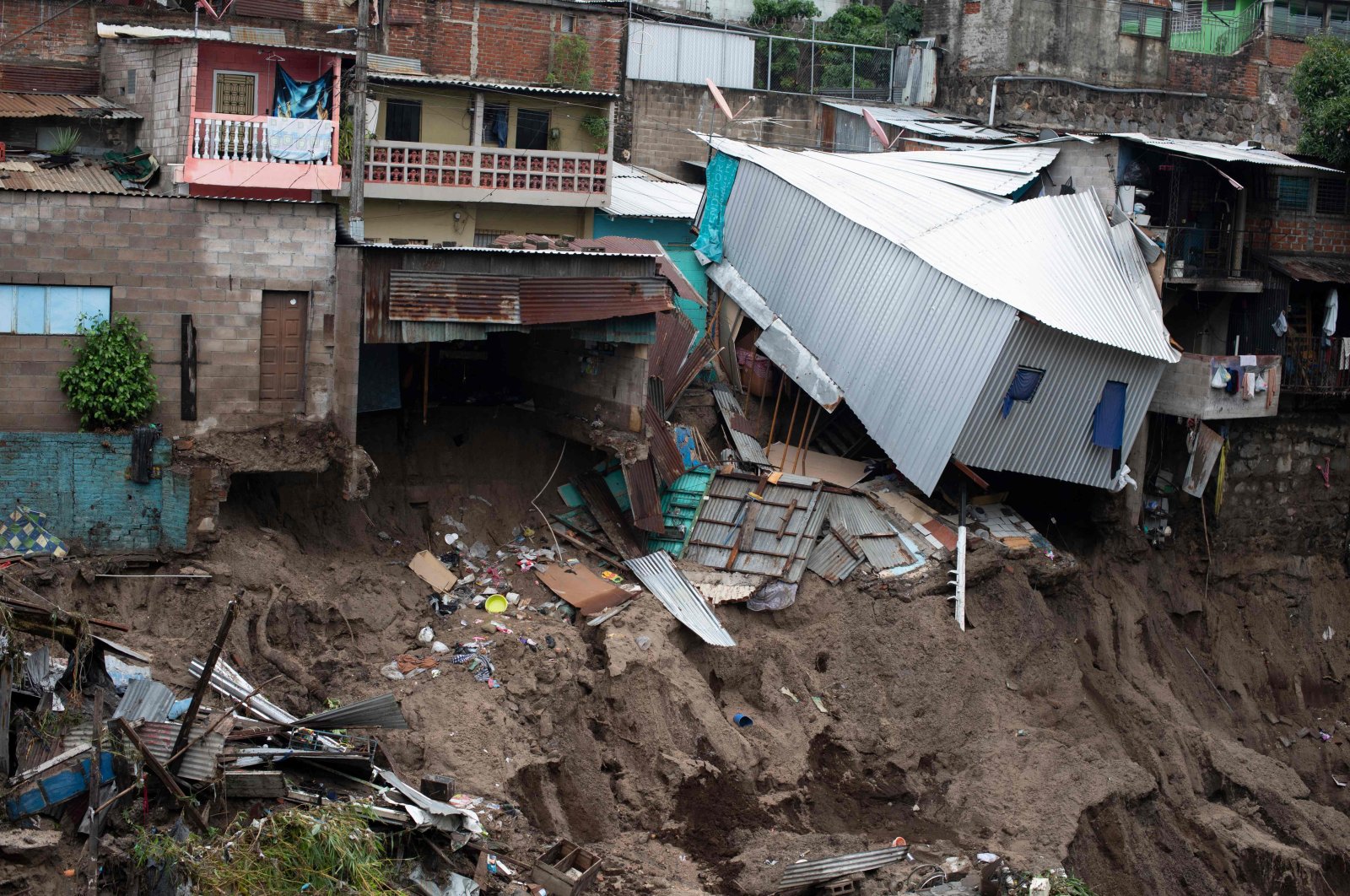 A view of houses devastated by the overflowing of a creek due to the torrential rains caused by the passage of tropical storm Amanda, San Salvador, May 31, 2020. (AFP Photo)
by ASSOCIATED PRESS Jun 02, 2020 1:49 pm

Rains from Tropical Storm Amanda left at least 17 dead and seven missing while causing extensive damage across El Salvador and Guatemala that pushed thousands of people into shelters amid the coronavirus pandemic.

EL Salvador Interior Minister Mario Durán said Monday some 7,000 people were scattered across 154 shelters. He said a quarter of the rain that the country normally receives in a year fell in 70 hours. That set off landslides and flooding, especially in the western part of the country. A day earlier officials had said at least 900 homes had been damaged. President Nayib Bukele visited one of the most affected communities on the outskirts of San Salvador. Some 50 families lost their homes and Bukele said the government would give them $10,000 to rebuild.

In Guatemala, a 9-year-old boy was swept away by a river and drowned and another person was killed when a home collapsed, said David de Leon, spokesman for the national disaster agency.

Amanda pounded El Salvador with rain for days before moving ashore as a tropical storm on Sunday and pushing across Guatemala. It quickly dissipated, but the U.S. National Hurricane Center said Monday afternoon its remnants had formed into a tropical depression in the Bay of Campeche off Mexico's gulf coast and was expected to move through the Gulf of Mexico in coming days. Mexico issued a tropical storm warning from Campeche west to the port of Veracruz, expecting the depression to become a tropical storm.