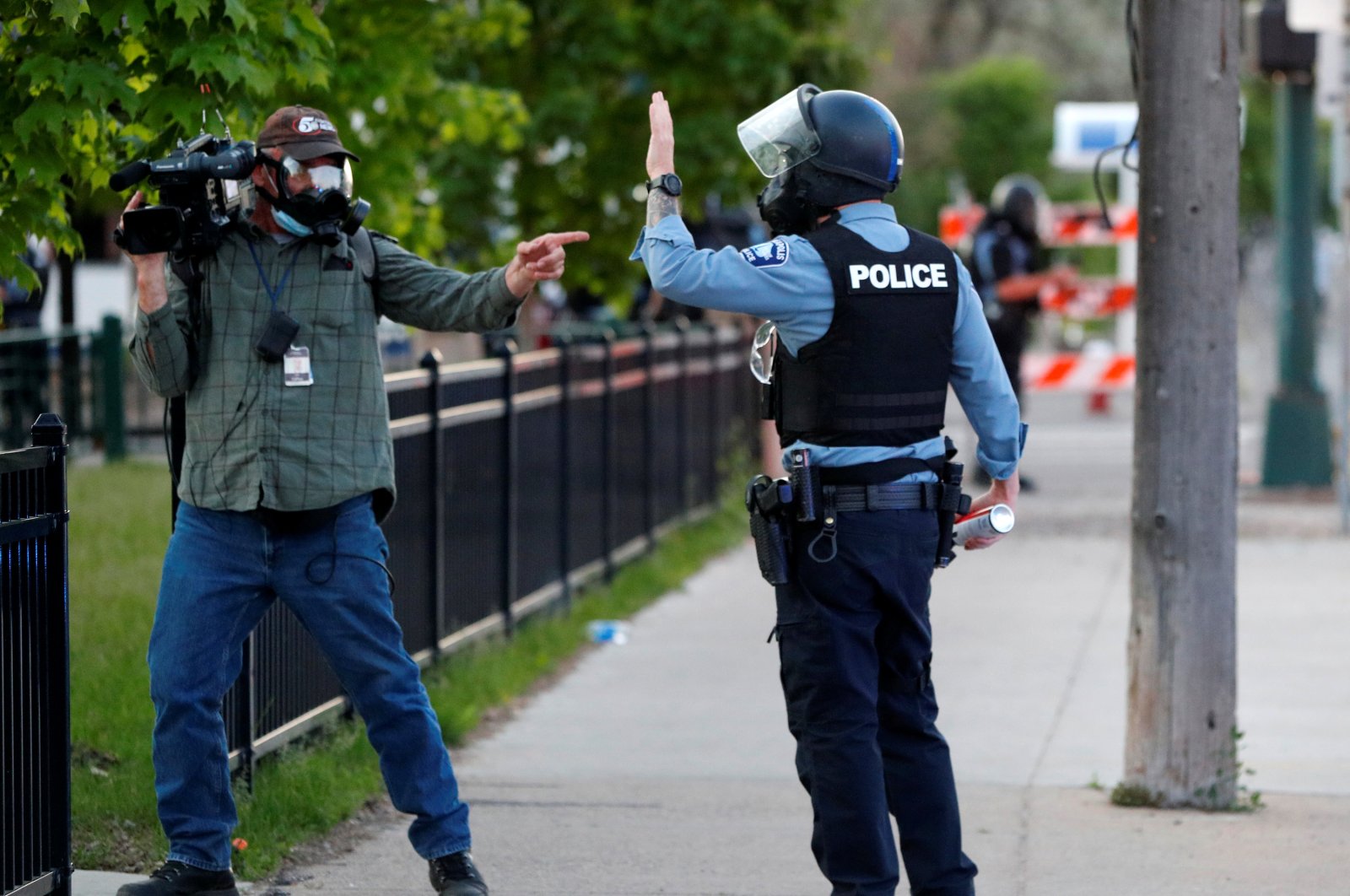 As the protests rage in the U.S. against the killing of African American George Floyd, TRT World journalists came in the line of fire in the states of Washington and Minneapolis. Police on Wednesday used rubber bullets to disperse protesters. Sally Ayhan, the Washington correspondent for TRT World, was injured in the chest and leg by plastic bullets during live coverage. Another correspondent, Lionel Donovan, and cameramen Barbaros Sayilgan from Minneapolis also came under attack. Donovan was injured when a bullet targeted his groin.

Anger has been growing over a number of incidents targeting news workers covering the ongoing civil unrest. According to New York-based nongovernmental organization (NGO) the Committee to Protect Journalists (CPJ), 68 incidents of police arresting journalists, assaulting them or damaging their equipment were reported during protests.

CNN reporter Omar Jimenez was detained and arrested live on television on May 29 at a protest in Minneapolis despite showing a press pass and offering to move back. Another reporter, Kaitlin Rust, and photojournalist James Dobson were struck by pepper balls reportedly fired by police during a protest in downtown Louisville on Friday night, according to The New York Times.

Australia announced on Tuesday that it will investigate an assault on two of its journalists by U.S. police during protests. Australia's Channel 7 News cameraman Tim Myers was reportedly punched and hit with a shield while its U.S. correspondent Amelia Brace was hit in the backside with a rubber bullet on Monday. The incident was widely broadcast in Australia, causing consternation in a country that has been a close U.S. ally. Foreign Minister Marise Payne said the government was treating the incident as a "very serious matter." Prime Minister Scott Morrison has asked the Australian Embassy in Washington to investigate the incident, ABC news reported.