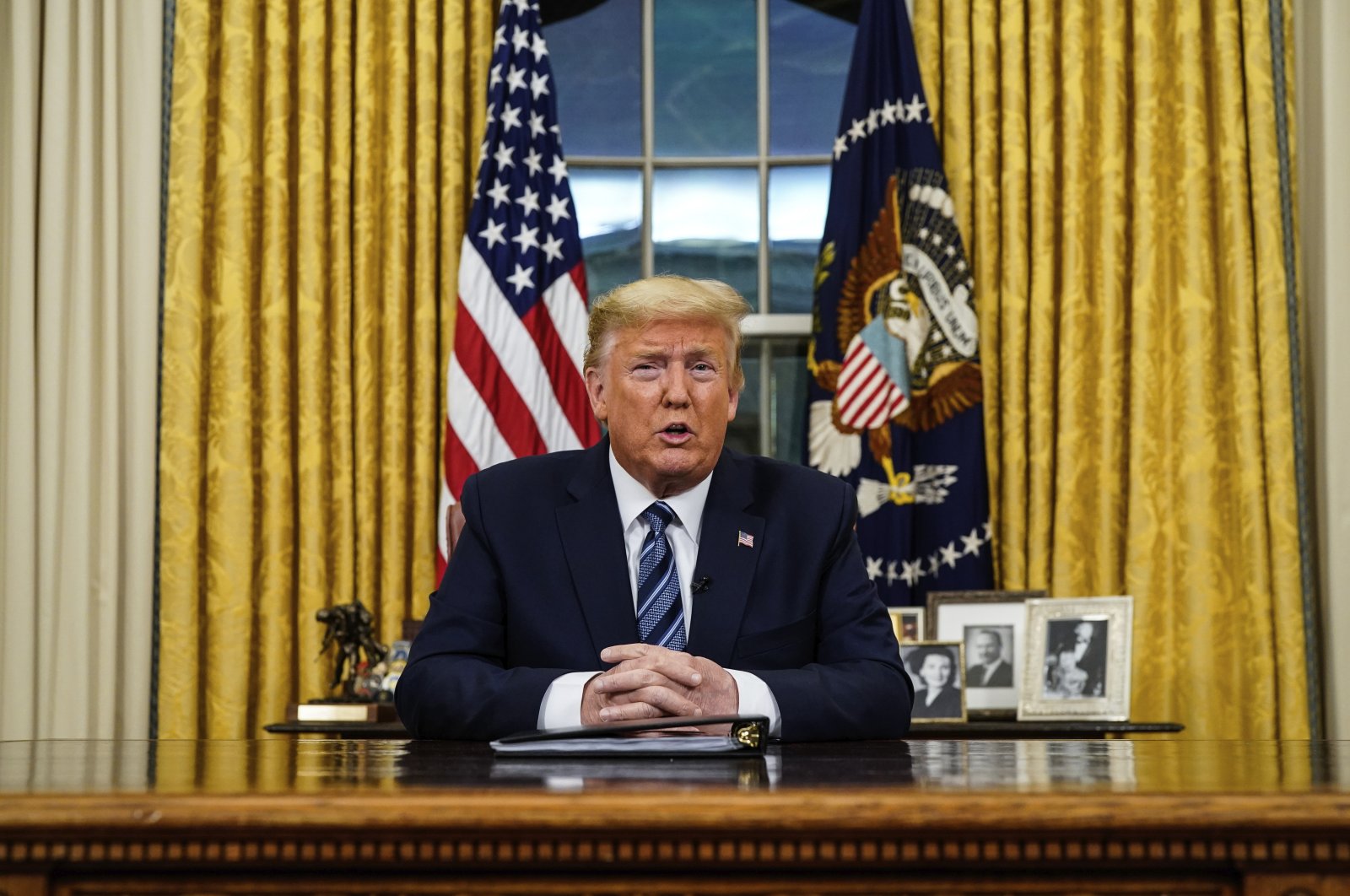 In this March 11, 2020, file photo President Donald Trump speaks in an address to the nation from the Oval Office at the White House about the coronavirus in Washington. (AP Photo)
by REUTERS
Aug 22, 2020 9:51 pm

U.S. President Donald Trump on Saturday accused members of the "deep state" at the Food and Drug Administration, without providing evidence, of working to slow testing of COVID-19 vaccines until after the November presidential election.

In a Twitter post, Trump said the deep state "or whoever" at the FDA was making it very difficult for drug companies to enroll people in clinical trials to test vaccines and therapies for the novel coronavirus.

The comment came after Reuters exclusively reported on Thursday that a top FDA official said he would resign if the Trump administration approved a vaccine before it was shown to be safe and effective.

"Obviously, they are hoping to delay the answer until after November 3rd. Must focus on speed, and saving lives!" Trump wrote, tagging FDA Commissioner Stephen Hahn in the tweet.

U.S. House Speaker Nancy Pelosi said it was a "dangerous statement" and that the president was "beyond the pale" for accusing the FDA of playing politics.

The FDA could not immediately be reached for comment.

Drug manufacturers in coordination with the FDA and National Institutes of Health are ramping up production while testing is underway in order to respond as soon as possible with a vaccine for COVID-19, which has killed nearly 800,000 people worldwide.

Trump often uses Twitter to criticize federal agencies, sometimes accusing them of being controlled by the "deep state" in an apparent reference to long-serving staff who, in Trump's eyes, are determined to undermine his agenda.

His tweet increases the pressure on the FDA after Peter Marks, director of its Center for Biologics Evaluation and Research, last week said on a conference call with government officials, pharmaceutical executives and academics that he would resign if the agency rubber-stamped an unproven vaccine.

Scientists, public health officials and lawmakers are worried that the Trump administration will push the FDA to approve a vaccine in advance of the vote, even if data from clinical trials do not support its widespread use.

Marks, whose division regulates cutting-edge biotech treatments, vaccines and gene therapies, told Reuters he had not faced any political pressure and that the FDA would be guided by science alone. Should that change, he said on Thursday, "I would feel obligated (to resign) because in doing so, I would indicate to the American public that there's something wrong."