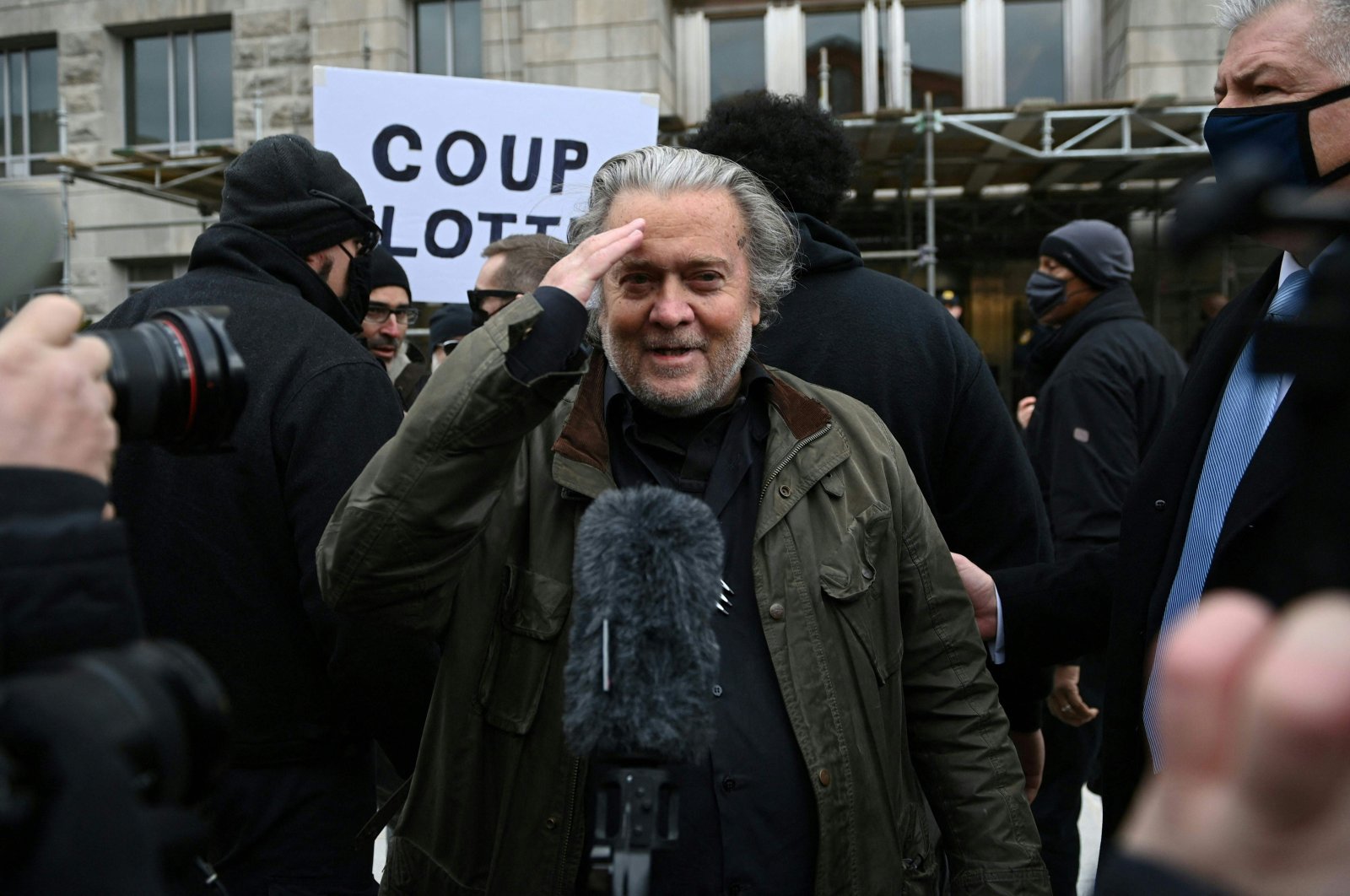 Steve Bannon, a longtime ally of former U.S. President Donald Trump, turned himself in to the FBI on Monday to face contempt charges after defying a subpoena from a House committee investigating the deadly Jan. 6 insurrection at the Capitol.

Bannon was taken into custody Monday morning and is expected to appear in court later in the afternoon. The 67-year-old was indicted on Friday on two counts of criminal contempt – one for refusing to appear for a congressional deposition and the other for refusing to provide documents in response to the committee’s subpoena.

The indictment came as a second expected witness, former White House Chief of Staff Mark Meadows, defied his own subpoena from the committee on Friday and as Trump has escalated his legal battles to withhold documents and testimony about the insurrection.

If the House votes to hold Meadows in contempt, that recommendation would also be sent to the Justice Department for a possible indictment.

Officials in both Democratic and Republican administrations have been held in contempt by Congress, but criminal indictments for contempt are exceedingly rare.

The indictment against Bannon comes after a slew of Trump administration officials – including Bannon – defied requests and demands from Congress over the past five years with little consequence, including during an impeachment inquiry. President Barack Obama’s administration also declined to charge two of its officials who defied congressional demands.

The indictment says Bannon didn’t communicate with the committee in any way from the time he received the subpoena on Sept. 24 until Oct. 7 when his lawyer sent a letter, seven hours after the documents were due.

Bannon, who worked at the White House at the beginning of the Trump administration and currently serves as host of the conspiracy-minded “War Room” podcast, is a private citizen who “refused to appear to give testimony as required by a subpoena,” the indictment says.

When Bannon declined to appear for his deposition in October, his attorney said the former Trump adviser had been directed by a lawyer for Trump citing executive privilege not to answer questions.