Trump appears in public for 1st time since COVID-19 diagnosis 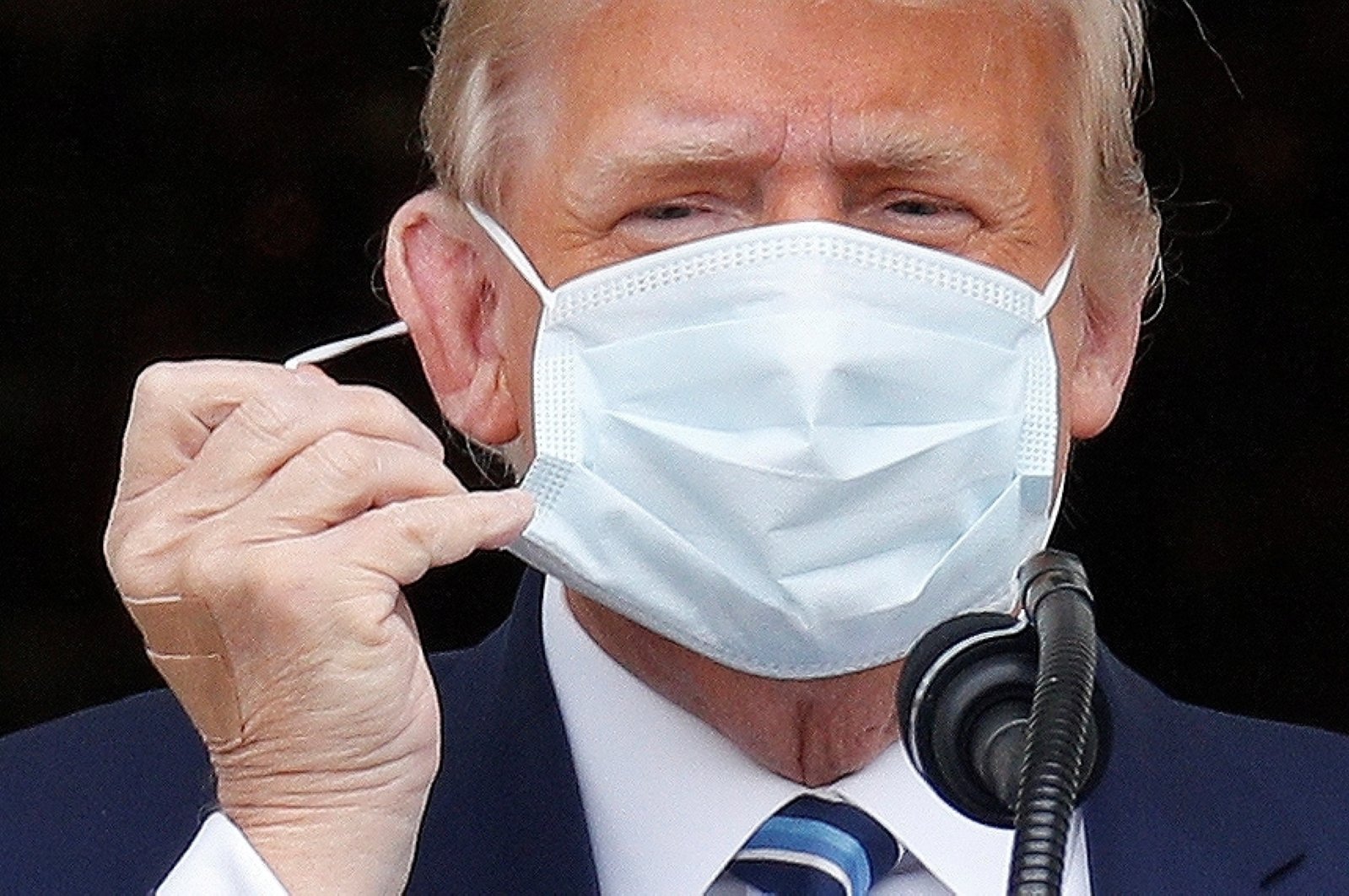 U.S. President Donald Trump takes off his face mask as he comes out on a White House balcony to speak to supporters gathered on the South Lawn for a campaign rally that the White House is calling a "peaceful protest" in Washington, U.S., Oct. 10, 2020. (Reuters Photo)
by REUTERS Oct 10, 2020 11:35 pm
RECOMMENDED

Boasting about his achievements and hurling unsubstantiated allegations against his opponents, U.S. President Donald Trump appeared back to his old self as he addressed supporters at the White House in his first public appearance since being diagnosed with COVID-19.

Standing alone and not wearing a mask, the Republican president spoke from the White House balcony at an event called "a peaceful protest for law & order," urging a crowd of largely black and Latino supporters to help get out the vote in the Nov. 3 presidential election.

His appearance – amid continued questions over whether he is still contagious – is seen as a first step toward resuming full campaigning next week, with events planned in Florida, Pennsylvania, and Iowa, on Monday, Tuesday, and Wednesday, respectively.

Speaking firmly and without hesitation, Trump delivered a shorter-than-usual campaign speech, hailing his record in fighting crime and boosting the U.S. economy, while slamming Democrats as supporters cheered. A flesh-colored bandage was visible on his right hand.

The White House has not released the results of Trump's latest COVID-19 test and has declined to say when he last tested negative. A White House spokesperson said Friday that Trump would be tested for COVID-19 and would not go out in public if it was determined he could still spread the virus.

It was the first public event Trump has held since he was released from a three-night stay in hospital on Monday when some observers watching his return to the White House said he appeared at times to be short of breath.

The White House has released videos and Trump has called into television shows since then, but this was the public's first chance to see the president live.

But opinion polls increasingly show that as Election Day approaches, voters see Nov. 3 as a chance to cast a vote on Trump's handling of the coronavirus pandemic that has killed more than 210,000 Americans.

Trump and his administration have faced widespread criticism for their handling of the pandemic, as well as for a lax approach to mask-wearing and social distancing in the White House and – in recent days – confusing messages about how ill the president has been.

Democrats and some commentators criticized Saturday's White House event for potentially exposing a new batch of supporters to the virus and for using a federal building as an election prop.

Asked about it in New Castle, Delaware, Biden said he hoped that Trump and his supporters were taking precautions.

"They should be socially distant and wearing masks," he said. "It's the only responsible thing to do."

Republican Tom McCullagh, who is running for a state senate seat in Illinois and flew to Washington for Trump's event, said he was not worried about catching the virus.

"If the president felt it was safe enough for him to hold a rally, I trust his judgment," McCullagh told Reuters.