Trump, Biden to square off in final debate before presidential election 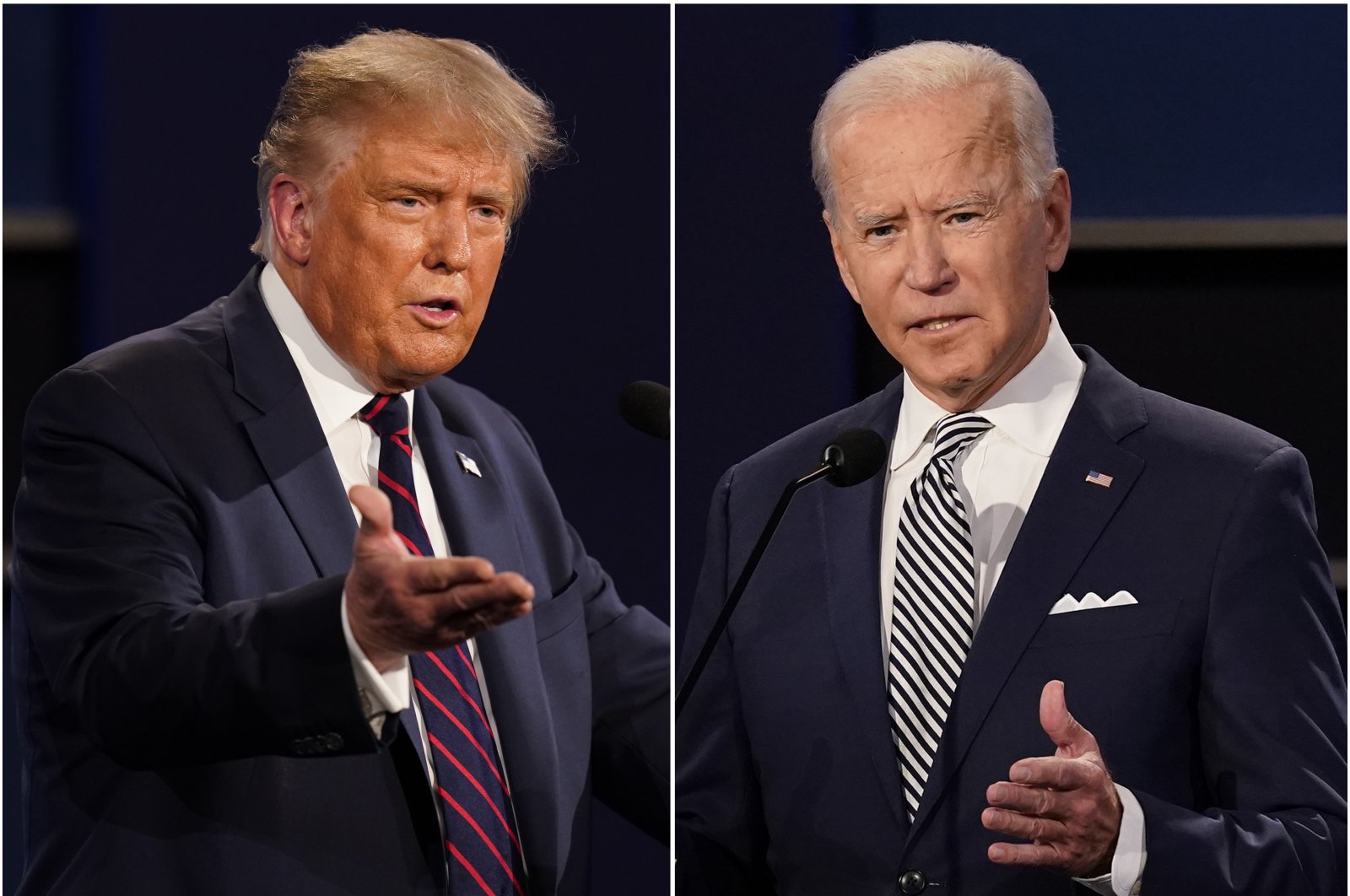 U.S. President Donald Trump and his Democratic challenger Joe Biden plan to square off in Nashville, Tennessee on Thursday in their final debate before the Nov. 3 election.

The commission responsible for organizing the debates has changed the rules for the last match-up, muting one candidate's microphone so the other has two minutes of uninterrupted time to initially answer the moderator's questions.

The remainder of each 15-minute segment will be an open discussion. Organizers hope the new rule will prevent the chaos and frequent interruptions that marked the first presidential debate last month.

Trump comes into the final debate trailing Biden in the polls. The president has repeatedly attacked the debates commission, characterizing the event as unfair and accusing moderator Kristen Welker of favoring Biden.

Biden, who has stepped off the campaign trail in favor of debate prep, expects Trump to get intensely personal. The former vice president and his inner circle see the president's approach chiefly as an effort to distract from the coronavirus, its economic fallout and other crises.

Trump, who staged a remarkable comeback in the closing days of the 2016 campaign, believes he can do it again by using the power of the presidency to attack his rival.

On Thursday's televised duel the NBC News reporter has chosen to discuss topics including climate change, national security and the coronavirus.

Out of the vast range of issues that the two nominees will discuss during debates, Trump may struggle to get away from questions related to his unsuccessful handling of the coronavirus pandemic, which has resulted in more than 221,600 U.S. deaths.

Meanwhile, Biden could face questions about his son's past business dealings as Republicans have leveled unverified corruption allegations against him.

Trump on Tuesday called on Attorney General William Barr to immediately launch an investigation into unverified claims about Biden and his son Hunter, effectively demanding that the Justice Department muddy his political opponent and abandon its historic resistance to getting involved in elections.

The president has promoted an unconfirmed New York Post report published last week that cites an email in which an official from Ukrainian gas company Burisma thanked Hunter Biden, who served on the company’s board, for arranging for him to meet Joe Biden during a 2015 visit to Washington. The Biden campaign has rejected Trump’s assertion of wrongdoing and noted that Biden’s schedule did not show a meeting with the Burisma official.

Trump campaign communications director Tim Murtaugh said, “Trump is still the political outsider, while Biden is the ultimate insider. We now know that Biden allowed his son to sell access to him while he was vice president.”

The second presidential debate, which was meant to take place last week, was canceled after Trump declined to participate when it was moved to a remote format due to his coronavirus diagnosis.

Although millions of people have already cast their ballots in early voting, the debate could still change some voters' minds. The debate is a final chance for both men to make their case to a television audience of tens of millions of American citizens.