Trump boosted by Supreme Court confirmation days from US election 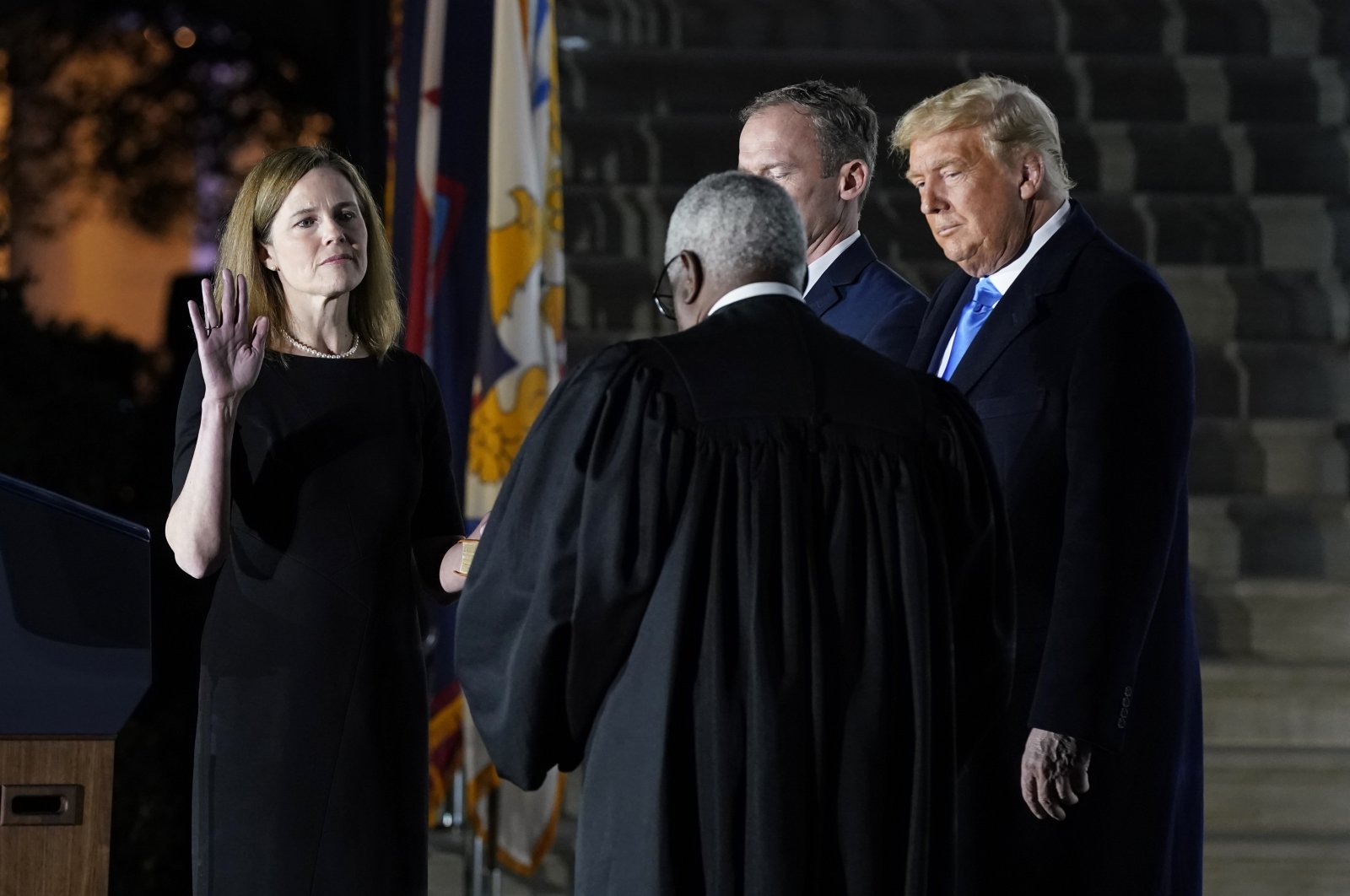 President Donald Trump's struggling reelection campaign received a boost Monday with the confirmation of his latest Supreme Court nominee, tilting the top body to the right and clinching his judicial legacy in a landmark victory for American conservatives.

The Republican-controlled Senate elevated Amy Coney Barrett to the lifelong position, capping a rapid and deeply contentious process that makes her the sixth conservative, and third Trump appointee, on the nine-member court.

"This is a momentous day for America, for the United States Constitution and for the fair and impartial rule of law," the president, standing alongside Barrett, said before beaming lawmakers and others who had gathered on the South Lawn of the White House.

Monday's vote was the closest high court confirmation ever to a presidential election and the first in modern times with no support from the minority party. The spiking COVID-19 crisis has hung over the proceedings. Vice President Mike Pence declined to preside at the Senate unless his tie-breaking vote was needed after Democrats asked him to stay away when his aides tested positive for COVID-19. The vote was 52-48, and Pence's vote was not necessary.

Underscoring the political divide during the pandemic, the Republican senators, most wearing masks, sat in their seats as is a tradition for landmark votes, and applauded the outcome, with fist-bumps. Democratic senators emptied their side, heeding party leadership's advice to not linger in the chamber. A Rose Garden event with Trump to announce Barrett's nomination last month ended up spreading the virus, including to some GOP senators who have since returned from quarantine.

Democrats argued for weeks that the vote was being improperly rushed and insisted during an all-night Sunday session it should be up to the winner of the Nov. 3 election to name the nominee. Speaking near midnight Sunday, Sen. Elizabeth Warren called the vote "illegitimate" and "the last gasp of a desperate party."

With seven days until the Nov. 3 election, the confirmation marks an undeniable victory for the president to tout as he barnstorms battleground states in a final bid to claw back ground against Democrat Joe Biden.

The confirmation during an election "should be a stark reminder to every American that your vote matters," Biden said in a statement late Monday.

It remains to be seen whether the confirmation can be a game-changer for the Republican president, accused by his rival of abandoning the fight against COVID-19 with polls showing voters overwhelmingly disapprove of his pandemic response. Several matters are awaiting decision just a week before Election Day, and Barrett could be a decisive vote in Republican appeals of orders extending the deadlines for absentee ballots in North Carolina and Pennsylvania.

The justices also are weighing Trump's emergency plea for the court to prevent the Manhattan District Attorney from acquiring his tax returns. And on Nov. 10, the court is expected to hear the Trump-backed challenge to the Obama-era Affordable Care Act. Just before the Senate voted, the court sided with Republicans in refusing to extend the deadline for absentee ballots in Wisconsin. Trump has said he wanted to swiftly install a ninth justice to resolve election disputes and is hopeful the justices will end the health law known as "Obamacare."