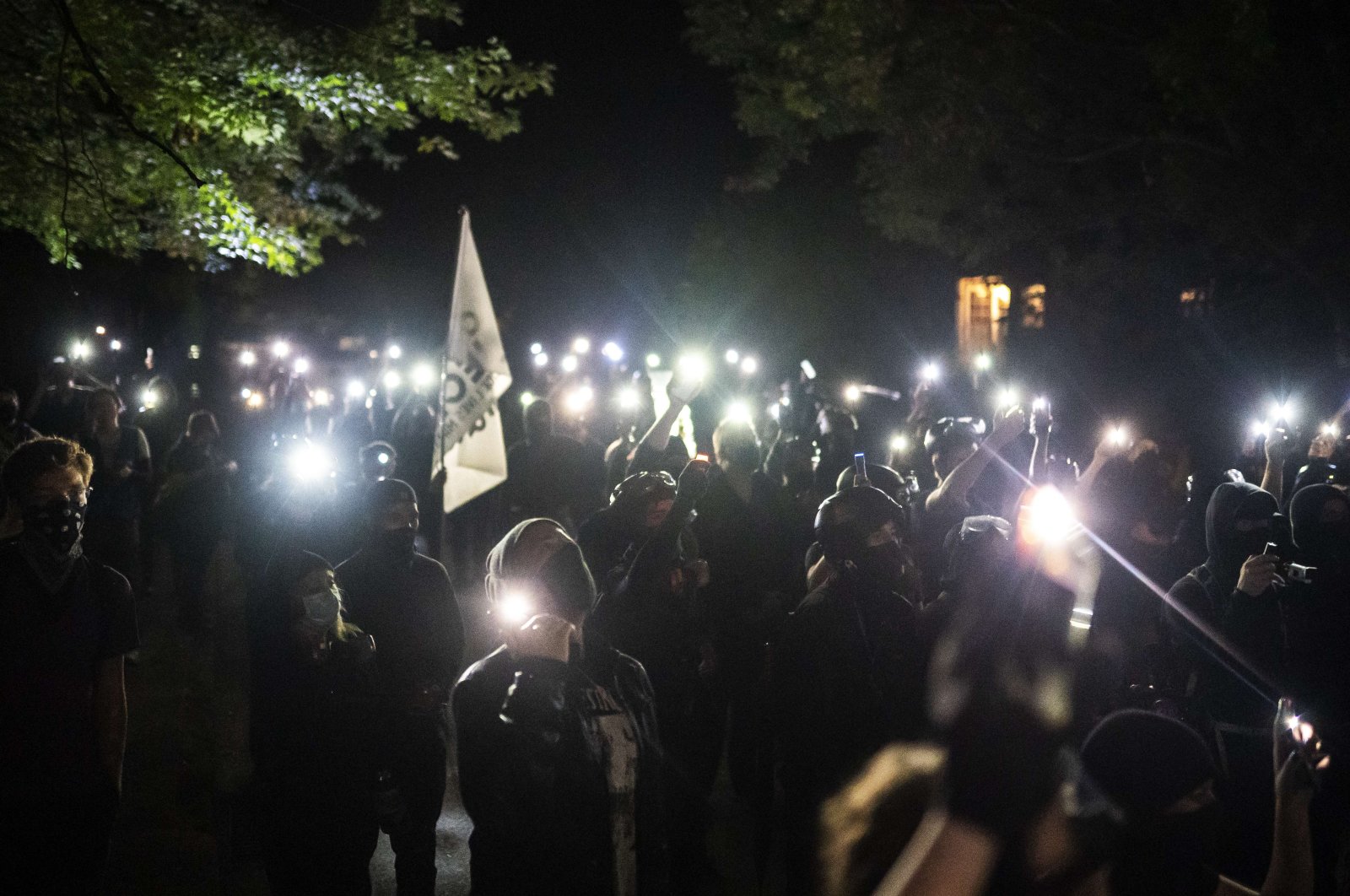 "The Radical Left fools in Portland don't want any help from real Law Enforcement which we will provide instantaneously. Vote!" Trump said on Twitter, sharing the scenes of riots.

While calling for the immediate arrest of those responsible, he blamed his Democratic rival, Joe Biden.

"Put these animals in jail, now. The Radical Left only knows how to take advantage of very dumb 'leadership' fools. This is Biden! Law & Order!" Trump said in another tweet. "Portland, call in the Feds!"

Statues of Theodore Roosevelt and Abraham Lincoln were toppled Sunday night by a group of protesters, who also damaged the entrance to the Oregon Historical Society.

The event took place just hours before Columbus Day, which is marked by the protesters as an "Indigenous Peoples Day of Rage," claiming that Christopher Columbus, the 15th-century Italian explorer, incited violence against the natives.

The U.S. has been celebrating the day as an official federal holiday since 1937.

U.S. State Secretary Mike Pompeo offered his congratulations to the Spanish people on the National Day, saying: "Our relationship with Spain extends far beyond government-to-government connections, with extensive cultural and personal ties from our shared history."