Trump cuts number of refugees allowed into US to historic low 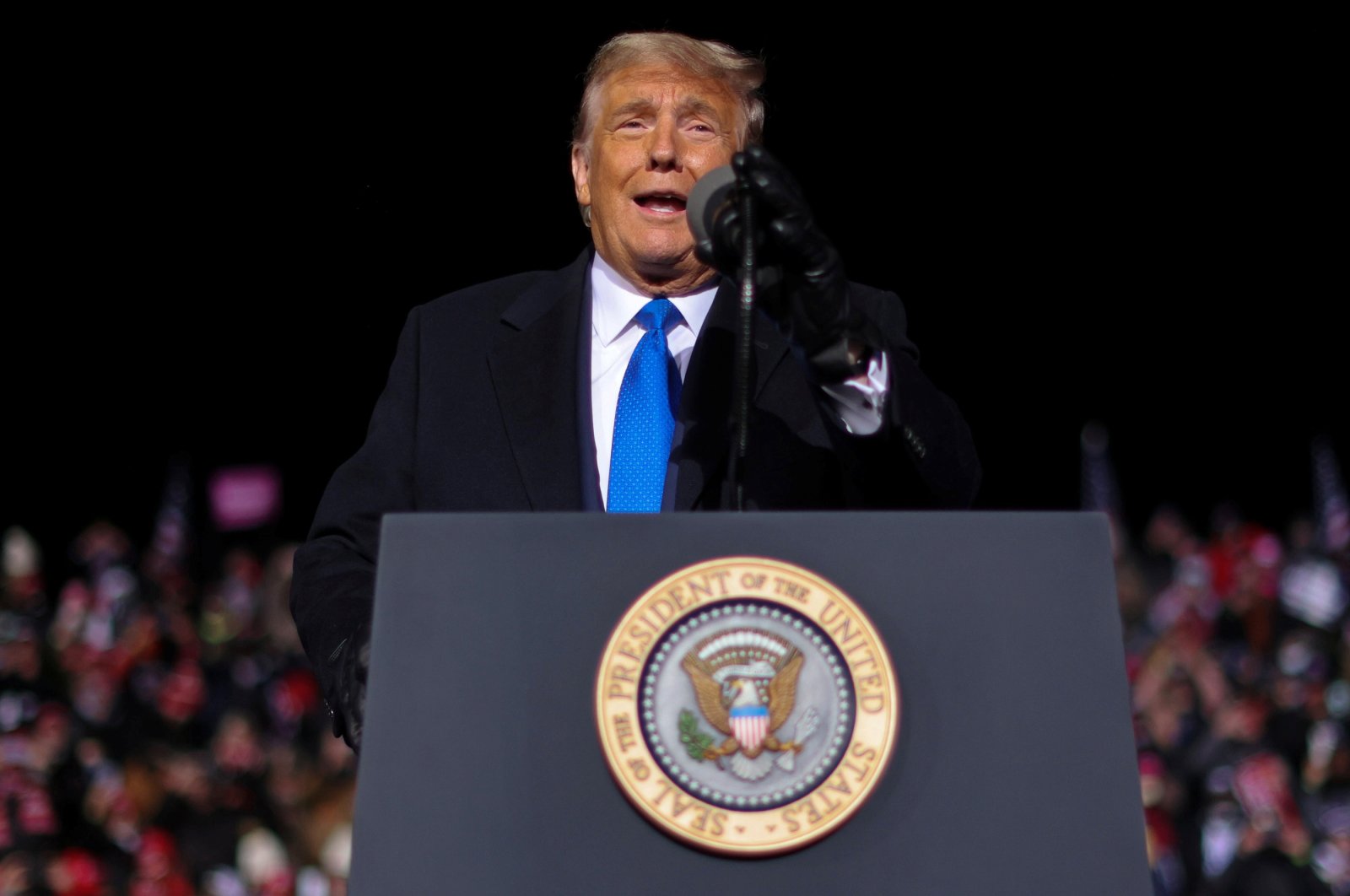 U.S. President Donald Trump has cut the number of refugees allowed into the United States to a historic low of 15,000 in the current fiscal year.

The figure includes 6,000 unused places from the previous financial year due to the coronavirus pandemic, Trump said in a statement distributed by the White House in the early hours of Wednesday.

The policy caps the number of refugees who can be admitted from Iraq at 4,000 and the number admitted from El Salvador, Guatemala or Honduras at 1,000, the German Press Agency (dpa) reported.

The remaining 10,000 spots are for people who fear persecution for their religious beliefs or political activities or who are referred to the U.S. Refugee Admissions Program.

The statement additionally specifies that "persons from certain high-risk areas of terrorist presence or control, including Somalia, Syria and Yemen, shall not be admitted as refugees, except those refugees of special humanitarian concern."

The U.S. State Department had announced the cut would happen earlier in the month, saying it was necessary to "prioritize the safety and well-being of Americans, especially in light of the ongoing COVID-19 pandemic."

Stephen Miller, a senior adviser to Trump, said the administration has sought to have refugees settle closer to their home countries and work on solving the crises that caused them to flee.

"You cannot solve this problem through American domestic resettlement. The solution has to be one of foreign policy,” Miller told The Associated Press (AP).

The number Trump announced on Wednesday is the lowest since the introduction of the U.S. refugee program in 1980. The previous limit for the last fiscal year was 18,000. In 2016, then-President Barack Obama's last full year in office, about 85,000 refugees were allowed into the U.S. Trump lowered the limit in 2017, his first in office, and about 53,000 refugees were let in, according to a report issued last year by the Department of Homeland Security.

Trump has arguably changed the immigration system more than any U.S. president, thrilling supporters with an "America first” message and infuriating critics who call his signature domestic issue insular, xenophobic and even racist. During Trump's presidency, the number of refugees allowed in was cut by more than 80% and Canada replaced the U.S. as No. 1 for resettling people fleeing war and persecution.

The Trump administration also has rolled back other humanitarian protections, like Temporary Protected Status for 400,000 immigrants fleeing natural disasters or violence. Those from countries like Honduras, Nicaragua, Haiti, Nepal and Syria now face deportation under a plan to end the program in January.