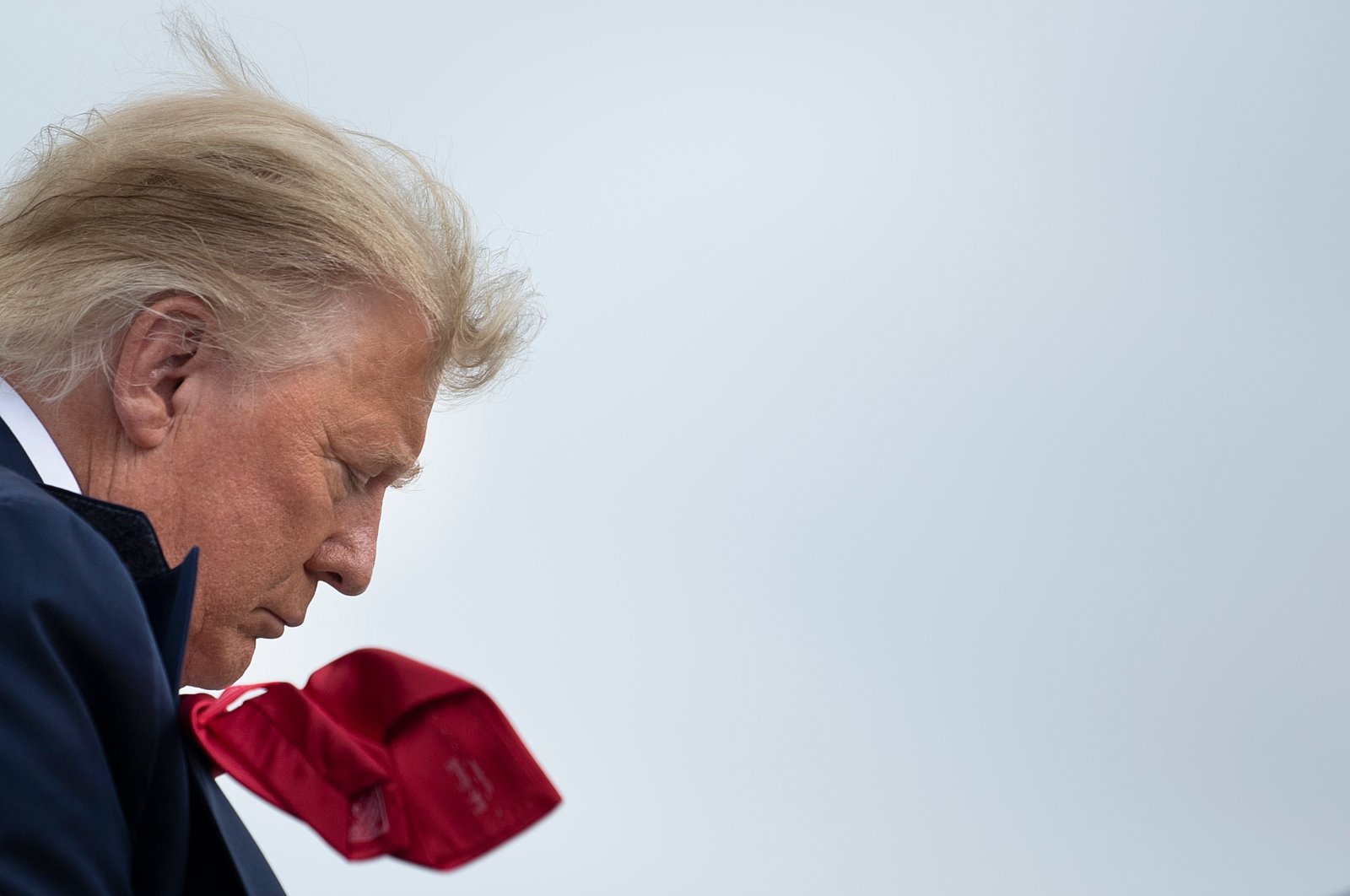 As Americans headed to the polls on Tuesday to vote for either incumbent Donald Trump or his Democratic challenger Joe Biden as their next president, the Republican leader denied any speculation that he will claim a premature win saying he will declare victory "only when there's victory".

"There's no reason to play games. I look at it as being a very, very solid chance of winning here. I don't know how they rate the chances," Trump told TV show "Fox and Friends" in one of his signature call-in interviews.

Trump said he had a "very solid chance at winning” but downplayed allegations that he planned to prematurely declare victory before enough votes were tallied to determine a winner.

The Axios news website reported Sunday that Trump is planning to declare a premature victory Tuesday night if it appears that he is ahead in the race even if votes are still being counted and key states have not been called.

Following the report, Twitter said Monday it will add a warning label to any posts that prematurely declare a victor in the U.S. presidential and congressional elections, with Trump immediately labeling it as another ''false'' report. Republicans have long blasted social media and certain big tech companies for siding with Democrats and interfering in the course of U.S. elections.

During the interview Trump said he felt good about his chances, predicting that he would register big wins in key states such as Florida and Arizona.

Running behind in most opinion polls, Trump bashed Democratic opponent Joe Biden, the "biased" media and the "extreme" left as he repeated his argument for reelection.

"Joe Biden is not prime time," he said.

The Republican candidate also said he understands why businesses are boarding up their storefronts but feels it is a shame they feel they need to do so. Trump predicted that if there is to be violence and unrest, it would be in Democratically run cities such as Chicago, New York, Portland, California and Baltimore – placing the blame on "weak leadership."

US 'entitled to know' winner on election day: Trump

Later in the day, Trump again sought to sow doubt over the counting of ballots beyond election day, saying the country was "entitled" to know who won on the day of the vote.

"You have to have a date, and the date happens to be Nov. 3," he said during a visit to Republican National Committee offices in Arlington, Virginia.

"And we should be entitled to know who won on Nov. 3."

Trump was referring mainly to his disagreement with a U.S. Supreme Court refusal to intervene in a decision allowing Pennsylvania to continue to count mailed ballots received up to three days after the election.

The move was made due to logistic complications as the country copes with the COVID-19 pandemic, which has led to a flood of mailed ballots.

Pennsylvania is seen as an important swing state in the election, and both Trump and his Democratic challenger Biden have repeatedly campaigned there in recent days.

"You can't have these things delayed for many days and maybe weeks," Trump said as Americans voted nationwide and with more than 100 million people having cast early ballots.

When asked whether he had written an acceptance or concession speech, Trump said he had not.

"You know, winning is easy," he said.