Trump denies US role in coup attempt against Venezuela's Maduro 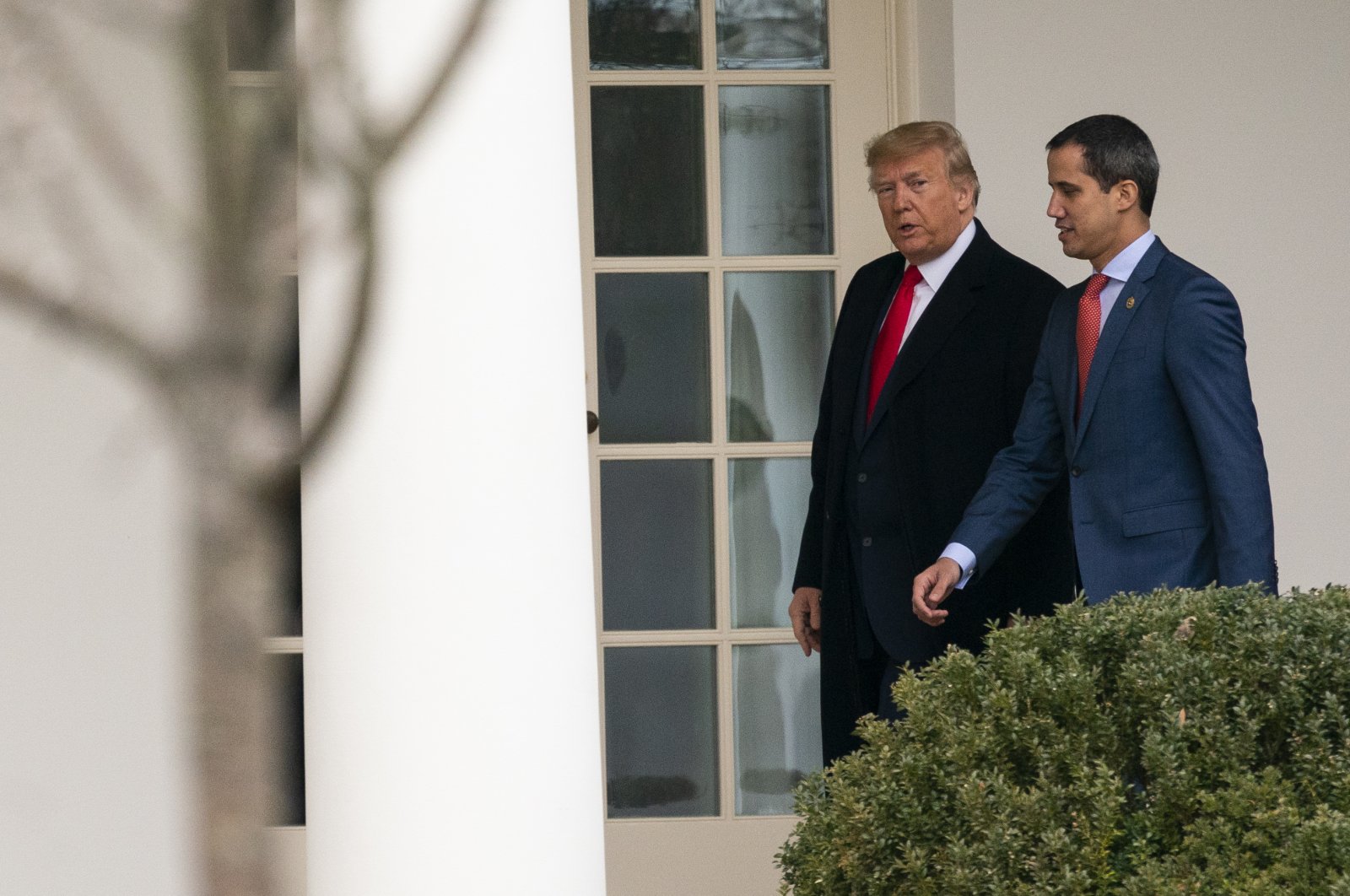 U.S. President Donald Trump walks to a meeting in the Oval Office with Venezuelan opposition leader Juan Guaido at the White House in Washington, Feb. 5, 2020. (AP Photo)
by Compiled from Wire Services May 06, 2020 12:40 pm

The United States on Tuesday denied involvement in a failed coup attempt after two Americans were said to have been arrested following a mysterious, deadly sea invasion.

President Nicolas Maduro, whom the United States has been unsuccessfully trying to topple for more than a year, appeared on state television Monday with the U.S. passports of a pair he said belonged to U.S. security forces.

While the imagery was straight from the CIA's disastrous Bay of Pigs invasion of Cuba in 1961, President Donald Trump's administration scoffed at involvement in such an apparently clumsy operation. "It has nothing to do with our government," Trump told reporters, remarks echoed shortly afterward by Defense Secretary Mark Esper.

The U.S. had attempted to remove the Venezuelan president three times in 2019. Maduro thwarted the most recent coup attempt against his government as the opposition leader Juan Guaido's call on the military appeared not to have triggered a wider revolt. The military has so far supported Maduro and refused to back Guaido, who declared himself interim president in January 2019 and has backing from dozens of countries, including most of Latin America and the U.S. Maduro has called Guaido a U.S.-backed puppet who seeks to oust him in a coup.