Trump has doggy doo on his shoes, Pelosi says, after president calls her a ‘sick woman’ 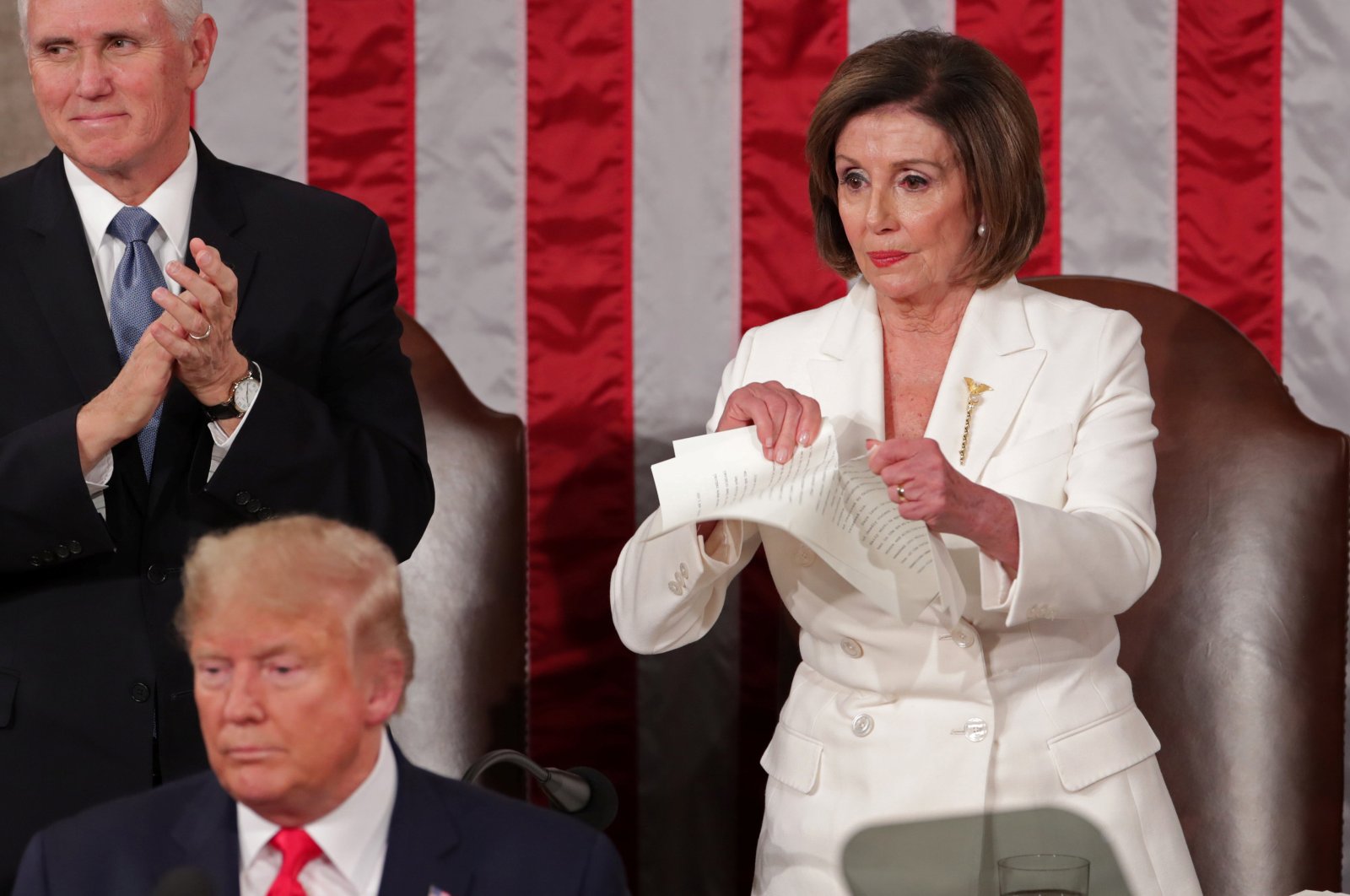 Speaker of the House Nancy Pelosi (D-CA) rips up the speech of U.S. President Donald Trump after his State of the Union address to a joint session of the U.S. Congress in the House Chamber of the U.S. Capitol in Washington, D.C., Feb. 4, 2020. (Reuters Photo)
by REUTERS May 21, 2020 12:47 pm
RECOMMENDED

Nancy Pelosi, the top elected U.S. Democrat, compared President Donald Trump on Wednesday to a child "with doggy doo on his shoes," as the spat between the two leaders escalated.

The speaker of the U.S. House of Representatives and the Republican president have not spoken directly for seven months but have exchanged barbs this week as Congress and the White House work to respond to the coronavirus pandemic that has killed more than 91,000 people in the U.S.

"It's like a child who comes in with mud on their pants," Pelosi told a news conference when asked about provocative comments Trump made about MSNBC television host Joe Scarborough, including referencing him as a "psycho."

"He comes in with doggy doo on his shoes and everybody who works with him has that on their shoes, too, for a very long time to come," Pelosi said, referring to canine excrement.

Trump, famous for his name-calling and insults, told reporters earlier in the week during a visit to Capitol Hill: "Pelosi is a sick woman. She's got a lot of problems. A lot of mental problems."

The president was responding to Pelosi's comments on Monday that he should not be taking the malaria drug hydroxychloroquine as a preventive medicine against the coronavirus because of his age and being in a weight group she said was "morbidly obese."

Pelosi, who is second in line for the presidency, has not spoken directly to Trump since Oct. 16, when she attended a White House meeting on Syria.

Treasury Secretary Steven Mnuchin and other Trump administration officials led the negotiations with Pelosi and other congressional Democrats that resulted in $3 trillion in coronavirus relief over the past two months.