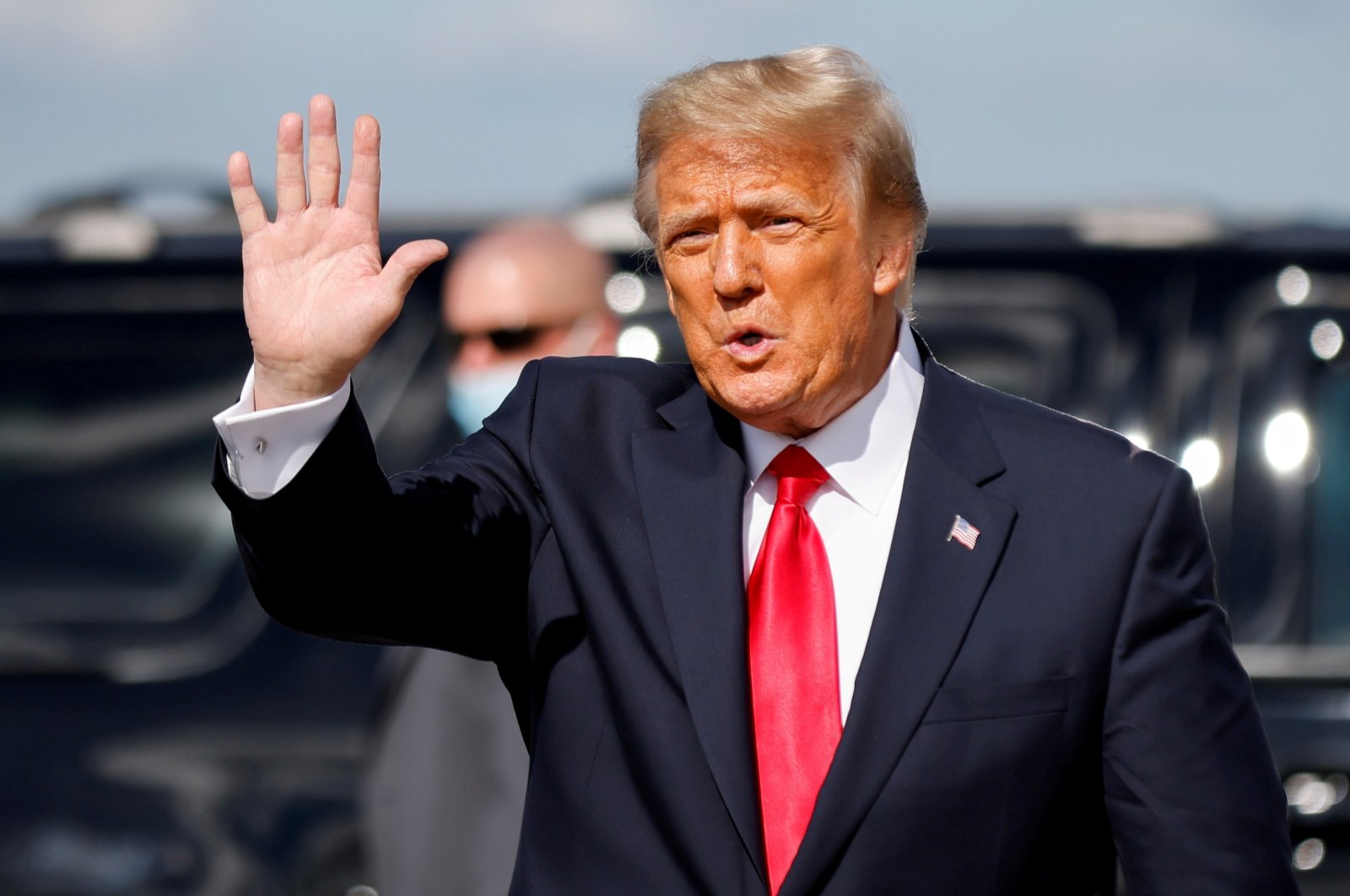 Former U.S. President Donald Trump hired two new lawyers to head his defense team as his unprecedented second impeachment trial is due to begin this week.

While Trump scrambles to prepare a defense amid disarray on his legal team, he is due to file a response to the impeachment charge on Tuesday but replaced his lead counsel over the weekend.

His new team, led by lawyers David Schoen and Bruce Castor, will have just over a week to get ready before the trial begins Feb. 9. Even so, Democrats seeking his conviction on one count of "incitement of insurrection" face an uphill climb.

They must convince at least 17 of the U.S. Senate's 50 Republicans that Trump is guilty of inciting supporters to attack the U.S. Capitol on Jan. 6 in an unsuccessful attempt to prevent Congress from certifying Democrat Joe Biden's victory in November's presidential election. Five people died in the chaos.

As Trump left office on Jan. 20, a vote to convict would have little practical impact but it could clear the way for a vote to prevent him from holding public office in the future. House Democrats, who will be prosecuting the case in the Senate, will submit a pre-trial brief laying out their case against Trump.

They are also due to indicate as soon as Tuesday whether they plan to call witnesses, a flashpoint in last year's impeachment trial. Trump's response to the charge likely will indicate whether he will continue to argue without merit that he lost the presidential election because of widespread voter fraud.

Numerous federal and state courts have rejected those claims. Following the riot on Capitol Hill, stunned Republicans struggled over how to respond to Trump's role and his failure to try to quell the violence as it was unfolding. Most Republican senators now are lining up against conviction.

While few defend his actions, many argue that Congress does not have the power to impeach a former president. They also have maintained that another trial will hurt efforts to unify the country in the post-Trump era.

Republican Senator Rob Portman, who last week said he would not seek reelection amid the nation's deep political divisions, signaled that it would not help Trump if his defense is simply reasserting the former president's unfounded claims of election fraud. "If the argument is not going to be made on issues like constitutionality, which are real issues and need to be addressed, I think it will not benefit the president," Portman said on CNN's "State of the Union" on Sunday.

Trump's legal team could also argue that Trump was simply exercising his First Amendment right to free speech on Jan. 6 when he addressed his supporters outside the White House before they marched to Capitol Hill.

Schoen previously represented Trump's longtime advisor Roger Stone, who was convicted in November 2019 of lying under oath to lawmakers who were investigating Russian interference in the 2016 election. Trump pardoned Stone in December.

Castor is a former Pennsylvania district attorney known for his decision to not prosecute entertainer Bill Cosby in 2005 after a woman accused Cosby of sexual assault. In 2017, he sued Cosby's accuser in the case for defamation, claiming she destroyed his political career in retaliation.

Whichever path the defense lawyers take, the 100 Democratic and Republican senators who will serve as jurors are anticipating a trial of possibly only a few days, far shorter than Trump's first trial, which lasted three weeks.

With the exception of Senator Mitt Romney, Republicans stuck with Trump during that trial. He was acquitted on charges of abuse of power and obstructing Congress stemming from his attempt to pressure the president of Ukraine to investigate Biden.

Trump labeled that episode a Democratic "witch hunt" and while the circumstances were far different from this second impeachment, they share the same underlying accusations that Trump was resorting to extreme and impeachable actions to win re-election in 2020. Last year, Republicans who then controlled the Senate blocked witness testimony or the introduction of additional evidence against Trump.

Democrats, who currently hold a razor-thin majority in the Senate, will have more say over how this trial will be conducted but they are not expected to win enough Republican votes to secure Trump's conviction.

Republican Senator Lindsey Graham, an ardent Trump supporter, said on Fox News last week that Republicans would prolong the trial for "weeks if not months" if Democrats called witnesses, which could impede Biden's legislative agenda.

Some Democrats and Republicans have suggested the Senate should reprimand Trump, rather than convict him. Republican Senator John Cornyn warned against that as well. "It used to be that losing an election was considered to be punishment, at least in the political sense," Cornyn told reporters last week.