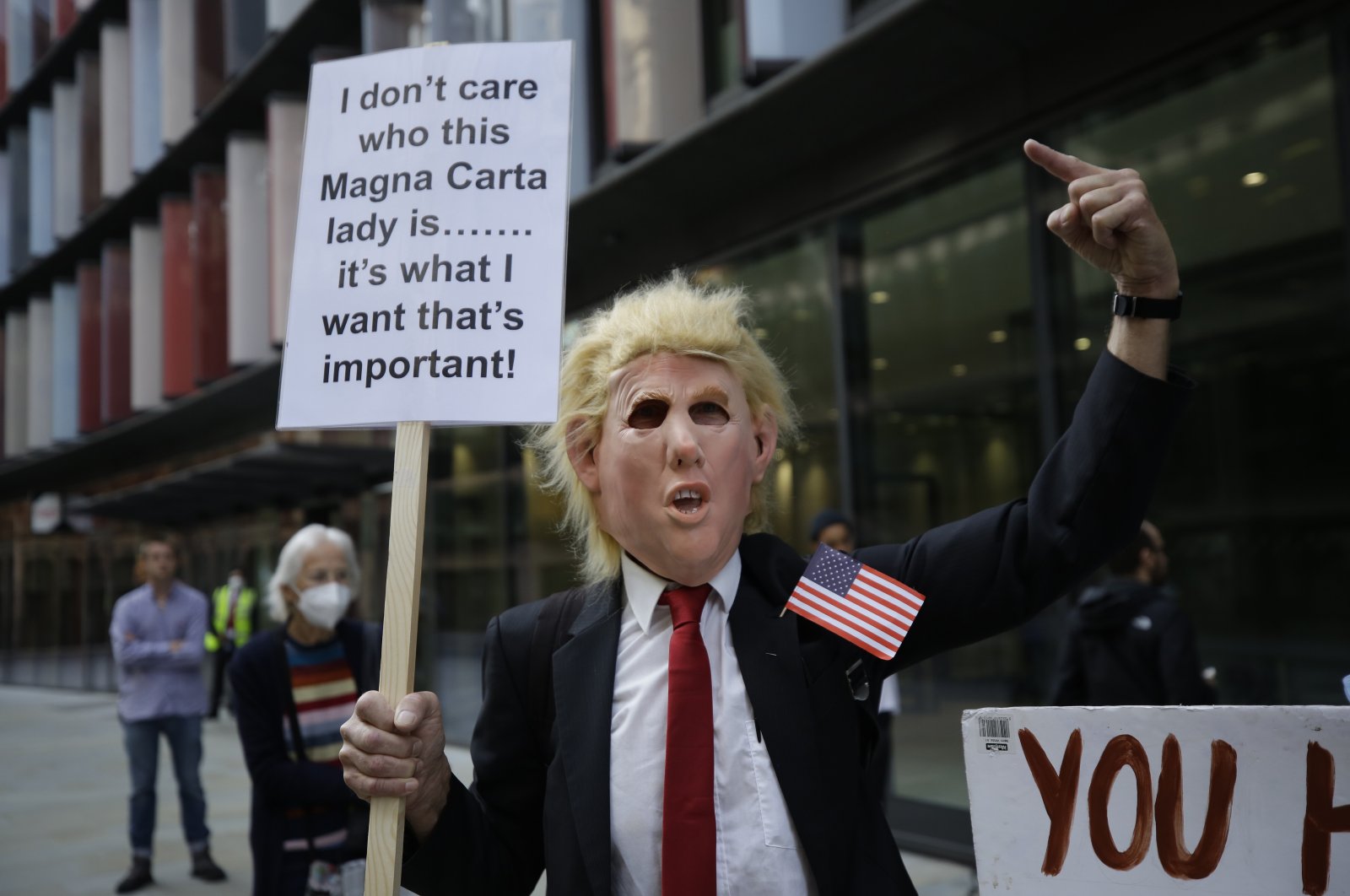 A lawyer for WikiLeaks founder Julian Assange has told a London court that her client was indirectly offered a "win-win” deal by President Donald Trump that would see him avoid extradition to the U.S. if he revealed the source of a leak of documents from the Democratic Party before the 2016 election.

Assange, who didn't reveal the source of the leak of the Democratic National Committee emails, is fighting efforts by the U.S. to extradite him to face an array of charges related to his work at WikiLeaks.

Jennifer Robinson, who has represented WikiLeaks for a decade, relayed to the court Friday via a written statement that her client had been made an offer at a meeting on Aug. 15, 2017, with former Republican Congressman Dana Rohrabacher and Trump associate Charles Johnson.

In her statement that was read out at London's Criminal Court, Robinson said the pair "wanted us to believe they were acting on behalf of the president” and that they had stated that Trump was "aware of and had approved of them coming to meet” with Assange to discuss the proposal. She also said the pair said they would have an audience with the president to discuss the matter on their return to Washington.

Robinson said that Rohrabacher had said he had come to London to talk to Assange at his then-refuge at the Ecuadorian Embassy about "what might be necessary to get him out,” presenting him with a "win-win situation” that would allow him to leave the embassy and "get on with his life" without fear of being extradited to the U.S.

"The proposal put forward by Congressman Rohrabacher was that Assange identify the source for the 2016 election publications in return for some kind of pardon, assurance or agreement which would both benefit President Trump politically and prevent U.S. indictment and extradition," Robinson said. Any information on the source of the leak would be of "interest, value and assistance” to Trump, the pair said, according to Robinson.

Robinson said that Rohrabacher explained at the meeting that he wanted to resolve the ongoing speculation about Russian involvement in the leaks. Russia has been widely blamed to have been behind the email theft. At the time of the meeting, special counsel Robert Mueller was investigating alleged ties between Russia and Trump's 2016 election campaign.

Assange didn't reveal the source of the leak of the Democratic National Committee emails, which were published by WikiLeaks, among others, in 2016 in the run-up to the election. They are considered to have damaged Hillary Clinton’s presidential campaign against Trump.

Rohrabacher, who lost his seat in the 2018 midterm elections, has previously said he never spoke with Trump about Assange and wasn't directed by the president or anyone else connected with him to meet with Assange.

James Lewis, a lawyer acting on behalf of the U.S. government, said it wasn't contesting that "these things” were said.

"We obviously do not accept the truth of what was said by others,” he said.

U.S. prosecutors have indicted the 49-year-old Assange on 17 espionage charges, and one of computer misuse, over WikiLeaks’ publication of secret U.S. military documents a decade ago, largely around the wars in Afghanistan and Iraq a decade ago. The charges carry a maximum sentence of 175 years in prison.

Assange’s lawyers say the prosecution is politically motivated and that he won’t receive a fair trial in the U.S. They also argue that Assange was acting as a journalist and is therefore entitled to First Amendment protection.

Assange has been in a British prison since his ejection from the Ecuadorian Embassy in London in April 2019. He had been granted asylum by Ecuador in 2012 over fears he would face possible extradition to the U.S. related to his work with WikiLeaks.

The extradition hearing is due to last until early October.