Trump says he will sign coronavirus relief package right away 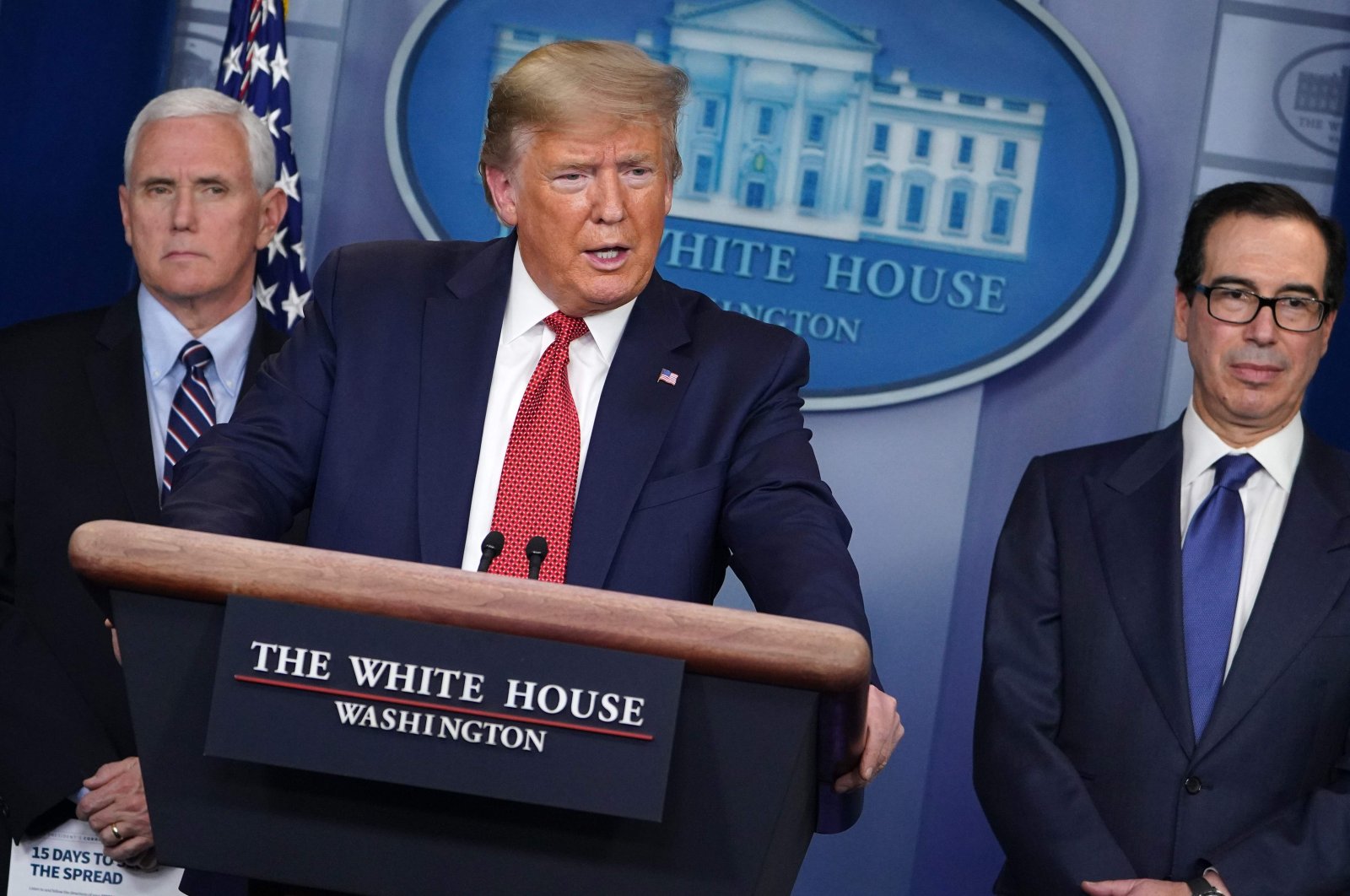 US President Donald Trump, flanked by US Secretary of the Treasury Steven Mnuchin (R) and US Vice President Mike Pence, speaks during the daily briefing on the novel coronavirus, COVID-19, in the Brady Briefing Room at the White House on March 25, 2020, in Washington, DC. (AFP Photo)
by Compiled from Wire Services Mar 26, 2020 1:31 am

President Donald Trump said on Wednesday he would sign a $2 trillion legislative package to address the economic impact from the coronavirus pandemic into law immediately after it is passed and encouraged lawmakers to bring it over the finish line.

U.S. senators were set to vote on the package on Wednesday before sending it to the House of Representatives.

"I encourage the House to pass this vital legislation and send the bill to my desk for signature without delay. I will sign it immediately," Trump said.