Trump says he would only meet Venezuela's Maduro to discuss exit 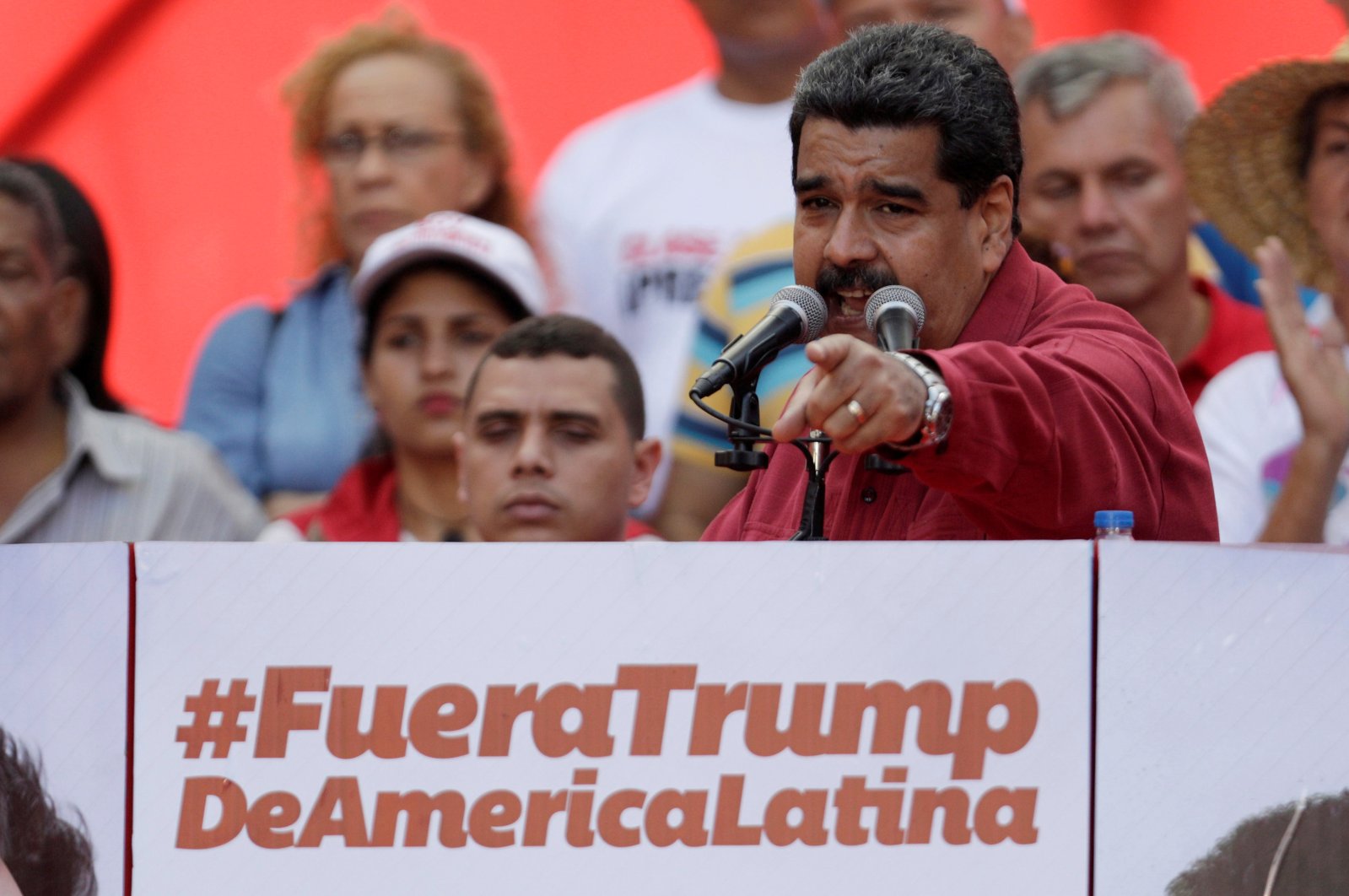 Venezuela's President Nicolas Maduro gives a speech in front of a sign, which reads: "Trump go away from Latin America," at a rally against U.S. President Donald Trump in Caracas, Venezuela, Aug. 14, 2017. (Reuters Photo)
by Anadolu Agency Jun 22, 2020 6:09 pm
RECOMMENDED

U.S. President Donald Trump took back his comments on Venezuela Monday, saying he would only meet with President Nicolas Maduro to discuss the leader's departure from power.

"Unlike the radical left, I will ALWAYS stand against socialism and with the people of Venezuela," Trump said on Twitter. "My Admin has always stood on the side of FREEDOM and LIBERTY and against the oppressive Maduro regime! I would only meet with Maduro to discuss one thing: a peaceful exit from power!"

The comments come one day after the Axios news website published an interview with the president in which he expressed second thoughts about throwing his support behind a Venezuelan opposition leader who is in the midst of a power struggle with Maduro.

Diplomatic relations between Caracas and Washington have been on knife's edge since early 2019 as opposition leader Juan Guaido continues to call for Maduro to step down from power as Venezuela experiences a crippling economic situation.

The country has long founded its economy on oil exports, and as the price of crude has been depreciating to record lows it has sunk Venezuela's economy. The U.S. has also embarked on a full-scale diplomatic and economic pressure campaign to take down Maduro from power, further spiraling the already beleaguered economy.

The U.S. recognizes Guaido as Venezuela's interim president and is backing his attempts to take charge in the Latin American nation.

"I would maybe think about that. Maduro would like to meet. And I'm never opposed to meetings — you know, rarely opposed to meetings," Trump told Axios. "I always say, you lose very little with meetings. But at this moment, I've turned them down."

He also cast doubt on Guaido's prospects, saying he "wasn't necessarily in favor" of recognizing Guaido.

In March, the Department of Justice indicted Maduro and several of his aides on charges of narco-terrorism, accusing them of conspiring with Colombian rebels "to flood the United States with cocaine."

Maduro denounced the decision and accused Washington of seeking to "fill Venezuela with violence."