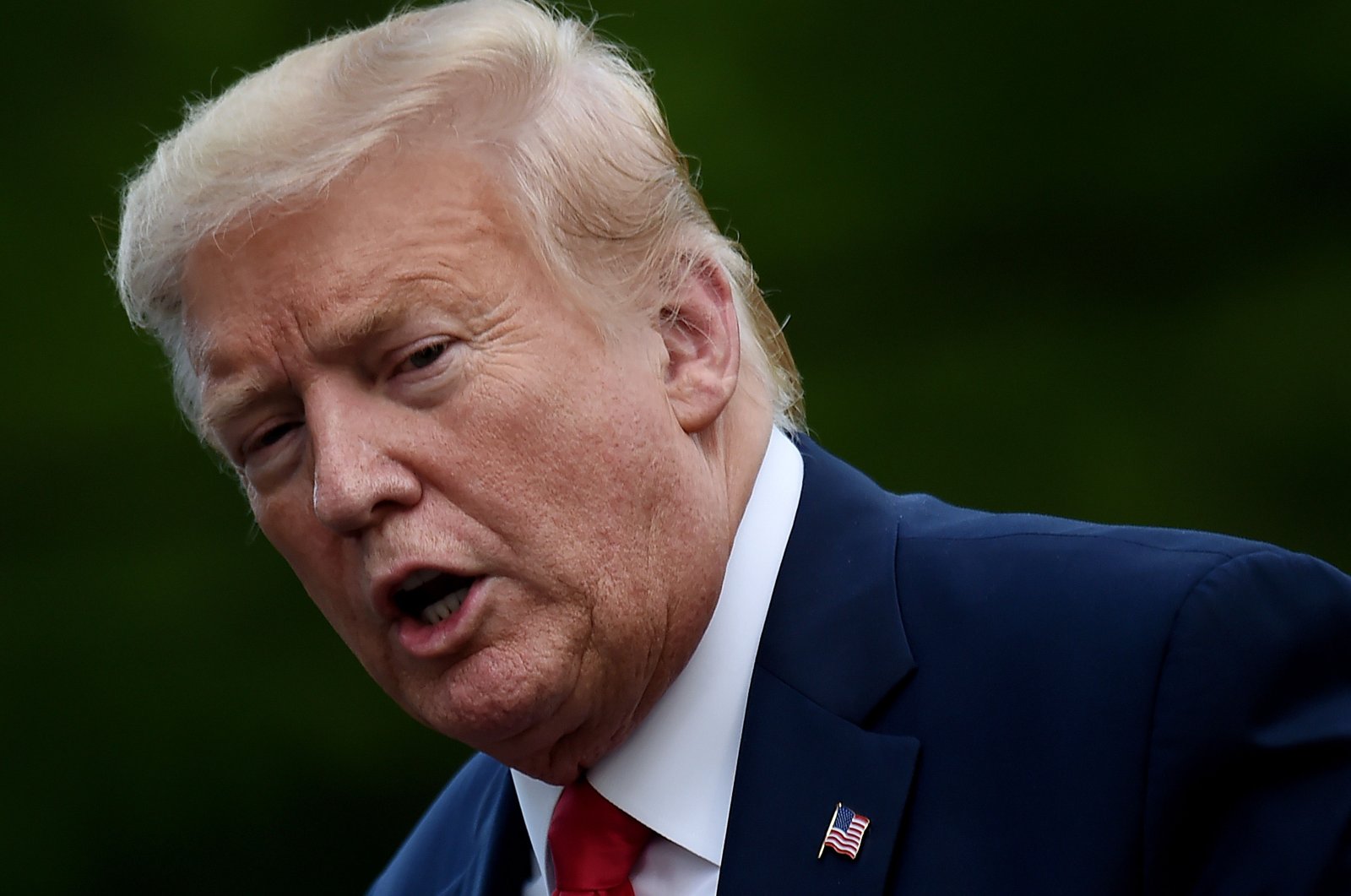 In this file photo taken on May 27, 2020, US President Donald Trump walks across the South Lawn upon his return to the White House in Washington, DC. (AFP Photo)
by French Press Agency - AFP May 28, 2020 6:29 pm
RECOMMENDED

U.S. President Donald Trump was set Thursday to target social media giants like Twitter, which he accuses of bias against him, with an executive order opening them to new regulation.

"This will be a Big Day for Social Media and FAIRNESS!" Trump said on Twitter.

The wording of the executive order remained under wraps. A White House spokeswoman on Wednesday said only that it would be "pertaining to social media."

But Trump is on the warpath against Twitter after the platform for the first time labeled two of his tweets, on the increasingly contentious topic of mail-in voting, with fact-check notices.

Although he is the dominant U.S. political presence on Twitter and Facebook, a fight with social media also plays into Trump's narrative ahead of his difficult November reelection battle that liberal forces are trying to censor the right.

Leaked versions of the executive order in U.S. media suggest that Trump will seek to remove liability protections that the social media giants enjoy over the content they publish, thereby opening them to legal action and more government oversight.

A draft of the order reported by CNN accuses platforms of not showing the "good faith" required under their current self-regulating status.

It attacks online platforms for damaging free expression by being able to "hand-pick the speech that Americans may access."

However, resetting the boundaries of how the mammoth companies operate would likely hit immediate legal and political roadblocks.

The constitution "clearly prohibits the president from taking any action to stop Twitter from pointing out his blatant lies about voting by mail," Kate Ruane, at the American Civil Liberties Union, said.

A wider debate has long been underway on the power that social media companies wield and what responsibility they bear for posts that are misleading or hurtful.

The massive amount of unverified content in circulation has prompted a rise in fact-checking operations, including a vast Facebook effort in which Agence France-Presse (AFP) plays a role.

After long resisting calls to censure Trump over his frequently unfactual posts, Twitter on Tuesday flagged the president for the first time for making false claims.

Trump had tweeted – without any evidence – that more mail-in voting would lead to what he called a "Rigged Election" this November.

Twitter's slap on the wrist was enough to drive Trump into a tirade – on Twitter – in which he claimed that the political right in the United States was being shut out.

Thursday's order, according to unnamed White House officials quoted by The New York Times, will make it easier for federal regulators to argue that the companies are "suppressing free speech when they move to suspend users or delete posts."

"I just believe strongly that Facebook should not be the arbiter of truth of everything that people say online," Zuckerberg said in a snippet of the interview posted online Wednesday by Fox.

Twitter founder and CEO Jack Dorsey fired back on Wednesday night, saying that his platform's effort to point out misinformation did not make it an "arbiter of truth."

"Our intention is to connect the dots of conflicting statements and show the information in dispute so people can judge for themselves," he tweeted.

He doubled down on the new policy, writing: "Fact check: there is someone ultimately accountable for our actions as a company, and that's me... We'll continue to point out incorrect or disputed information about elections globally."