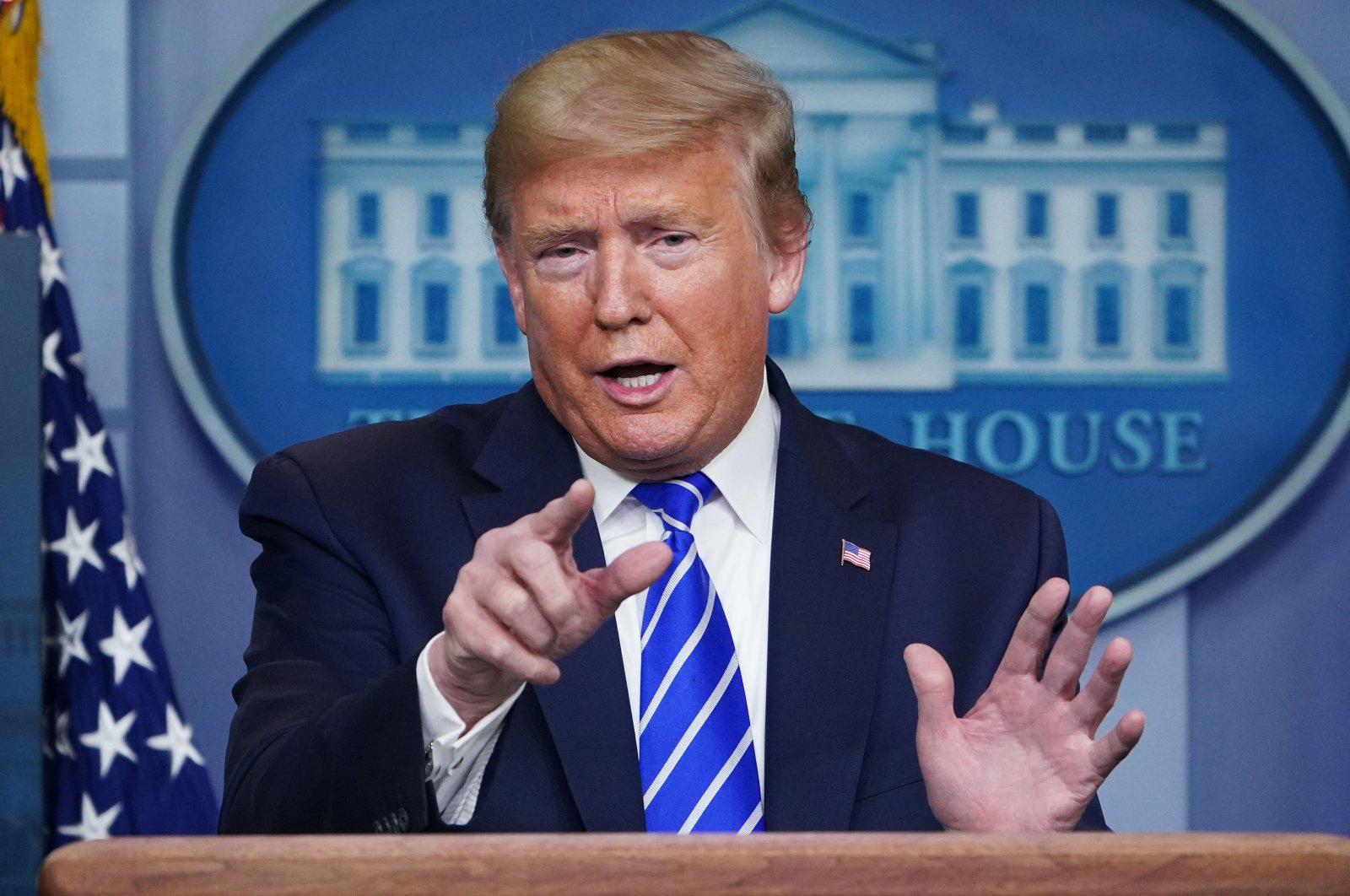 "So supposing we hit the body with a tremendous – whether it's ultraviolet or very powerful light. And I think you said that hasn't been checked, but you're going test it. Supposing you brought the light inside the body, which you can do either through the skin or in some other way," he said.

His remarks came minutes after William Bryan, acting head of the U.S. Department of Homeland Security's Science and Technology Directorate, said solar light appears to kill the virus both on surfaces and in the air.

Later, Trump came up with another treatment, this time suggesting the use of disinfectants.

"And then I see the disinfectant where it knocks it out in a minute. One minute. And is there a way we can do something like that by injection inside or almost a cleaning? As you see, it gets in the lungs, and it does a tremendous number on the lungs, so it would be interesting to check that. You're going to have to use medical doctors with that, but it sounds interesting to me," Trump said.

"And so we'll see. But the whole concept of the light, the way it kills it in one minute, that's pretty powerful," he added.

Trump asked the doctor leading the White House's coronavirus response team, Deborah Birx, whether she had heard of using solar light in treating the disease.

"Not as a treatment. I've not seen heat or light," she replied.

The virus has spread to 185 countries and regions, infecting over 2.7 million and killing more than 190,000 since emerging in the Chinese city of Wuhan late last year.