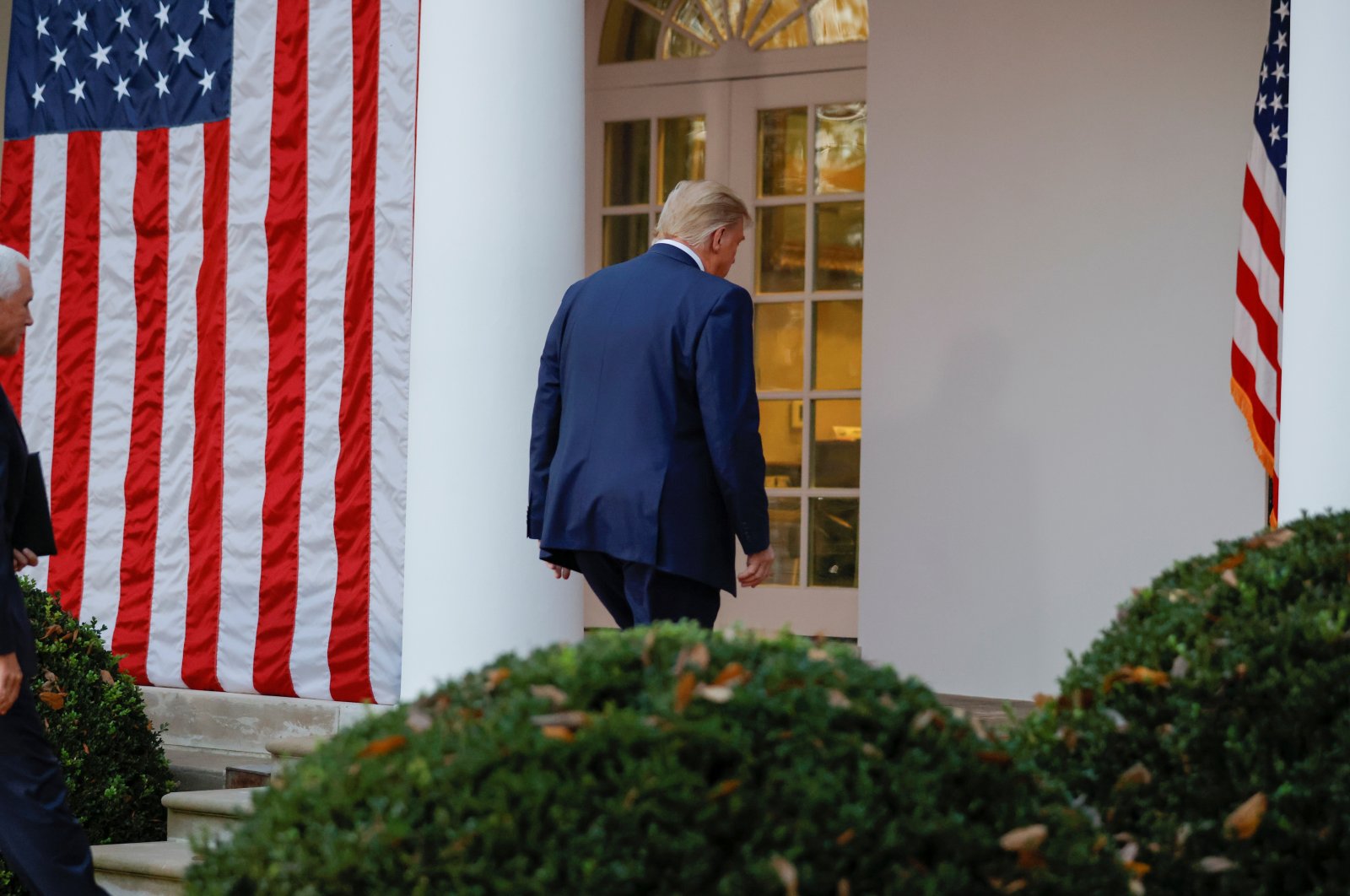 U.S. President Donald Trump returns to the Oval Office with Vice President Mike Pence after the conclusion of an event about the "Operation Warp Speed" program, the joint Defense Department and HHS initiative that has struck deals with several drugmakers in an effort to help speed up the search for effective treatments for the ongoing coronavirus disease (COVID-19) pandemic, in the Rose Garden of the White House in Washington, U.S., November 13, 2020. (Reuters Photo)
by ASSOCIATED PRESS
Nov 14, 2020 1:05 am

President Donald Trump says he refuses to have another lockdown as coronavirus cases surge across the country, but suggested one could be in the offing should he lose his legal challenges to overcome his election loss to President-elect Joe Biden.

Trump, who spoke publicly Friday for the first time since his defeat, repeated his long-held argument that government restrictions meant to stem the virus cause more problems than they solve.

But Trump, who has refused to concede his election loss, made clear that the decision might not be up to him.

"This administration will not be going to a lockdown,” he said.

"Hopefully whatever happens in the future, who knows, which administration it will be, I guess time will tell, but I can tell you this administration will not go to a lockdown.”

Biden, to be certain, has not said whether he would order a lockdown.

In the week since he defeated Trump, Biden has devoted most of his public remarks to encouraging Americans to wear a mask and view the coronavirus as a threat that has no regard for political ideology.