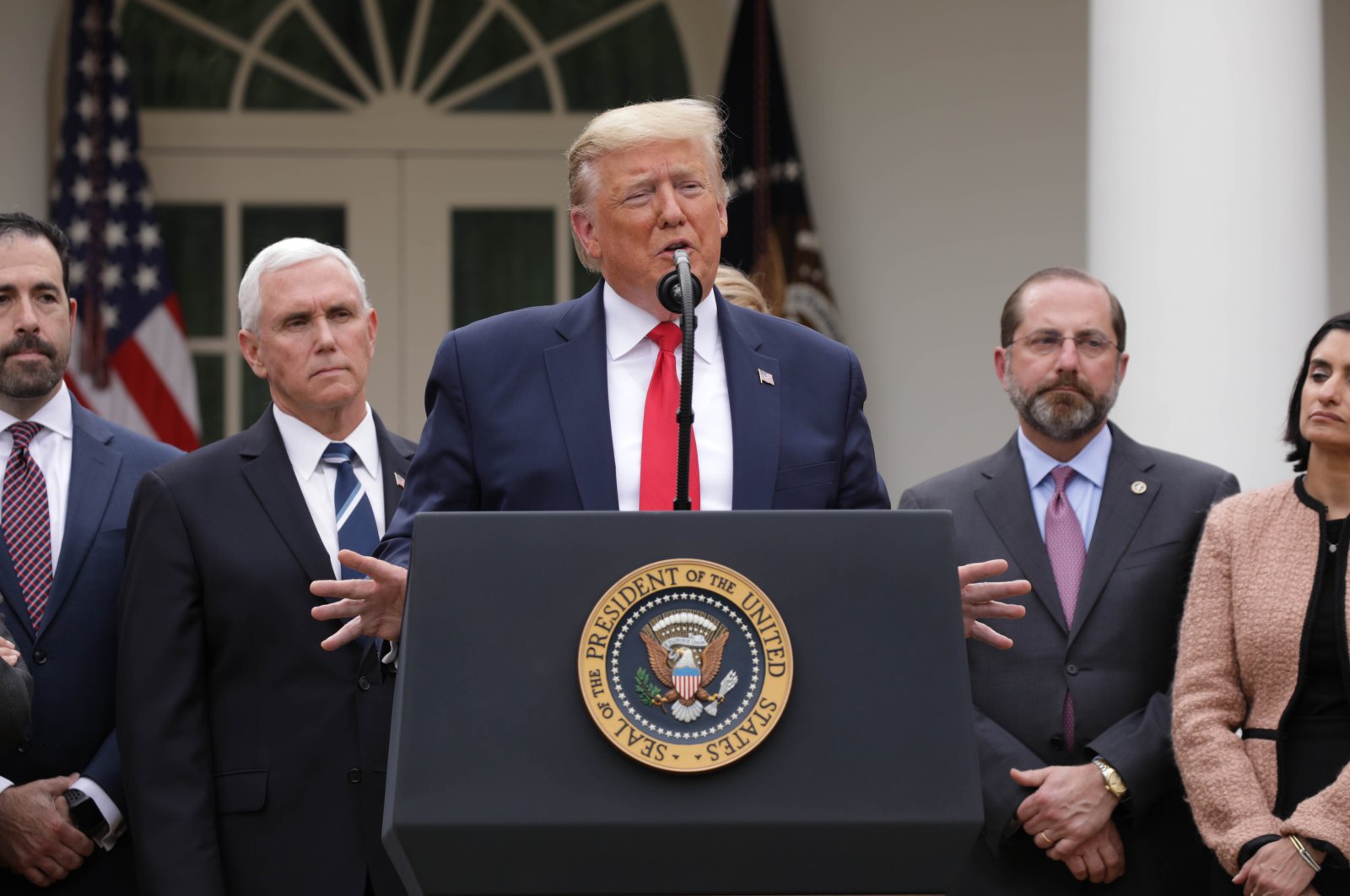 United States President Donald Trump has tested negative for the novel coronavirus, his physician has said, following concerns over his exposure to the disease that has paralyzed the globe.

Trump agreed to the test after coming in contact with several members of a Brazilian presidential delegation visiting his Florida resort who have since tested positive for the virus.

"This evening I received confirmation that the test is negative," the president's physician Sean Conley said in a Saturday memo.

Trump, 73, had dismissed concerns over his exposure to the disease which has killed at least 51 Americans and upended the rhythm of daily life across the country, with millions working from home and schools shut.

New York, the most populous U.S. city, saw its first coronavirus death on Saturday, as store shelves were stripped bare after days of panic buying.

Across the Hudson River in Teaneck, New Jersey, Mayor Mohammed Hameeduddin called for a citywide self-quarantine after 18 cases were confirmed in the township.

Vice President Mike Pence announced further curbs on travel to the United States, saying a ban imposed on European nations over the pandemic would be extended to the United Kingdom and Ireland Tuesday.

The restrictions threw airports across the country into disarray, with incoming travelers forced to wait hours for medical screenings before passing through customs.

"The federal government needs to get its s@#t together. NOW," he tweeted.

"If you don't have to travel, I wouldn't do it," Trump said at a White House news conference. "We want this thing to end."

In an official proclamation, he also named Sunday a national day of prayer "for all people who have been affected by the coronavirus pandemic."

Trump declared a national emergency on Friday, freeing up some $40 billion in disaster relief funds.

The U.S. House of Representatives also passed a bill – crafted by Democrats in consultation with the Trump administration – to provide billions of dollars for free virus testing, emergency paid sick leave and family leave. It is expected to pass the Republican-majority Senate.

An end to hand-shaking

The coronavirus pandemic has claimed more than 5,800 lives in at least 137 countries.

Repeatedly attacked for sending out mixed signals on the health crisis, the president raised eyebrows on Friday when, contrary to medical advice, he was seen shaking hands as he gathered his coronavirus response team at the White House.

On Saturday, he blamed habit – "people put their hand out... you don't think about it" – but said it would have to change.

Republican National Committee chairwoman Ronna McDaniel was on Saturday awaiting results of a virus test after she came down with flu-like symptoms. She reportedly attended an event in Florida with Trump on Monday and flew back to Washington on Air Force One.

On Saturday a 30-day U.S. ban took effect on all travel from the EU's Schengen border-free zone, part of a global clampdown on travel to curtail the virus.

Pence said the ban would include Britain and Ireland as of midnight EST on Monday (4 a.m. GMT on Tuesday). Both countries had been excluded from the initial ban.

Trump also aimed a new jab at the U.S. Federal Reserve, saying he wanted it to be "much more proactive" in moving to protect Americans from the widespread economic dislocation caused by the pandemic.

Trump also tweeted that he had a "nice conversation" with Canadian Prime Minister Justin Trudeau and that it was "great to hear that his wonderful wife Sophie is doing very well."

Trudeau has been tele-governing since his wife was diagnosed with COVID-19 on Thursday.