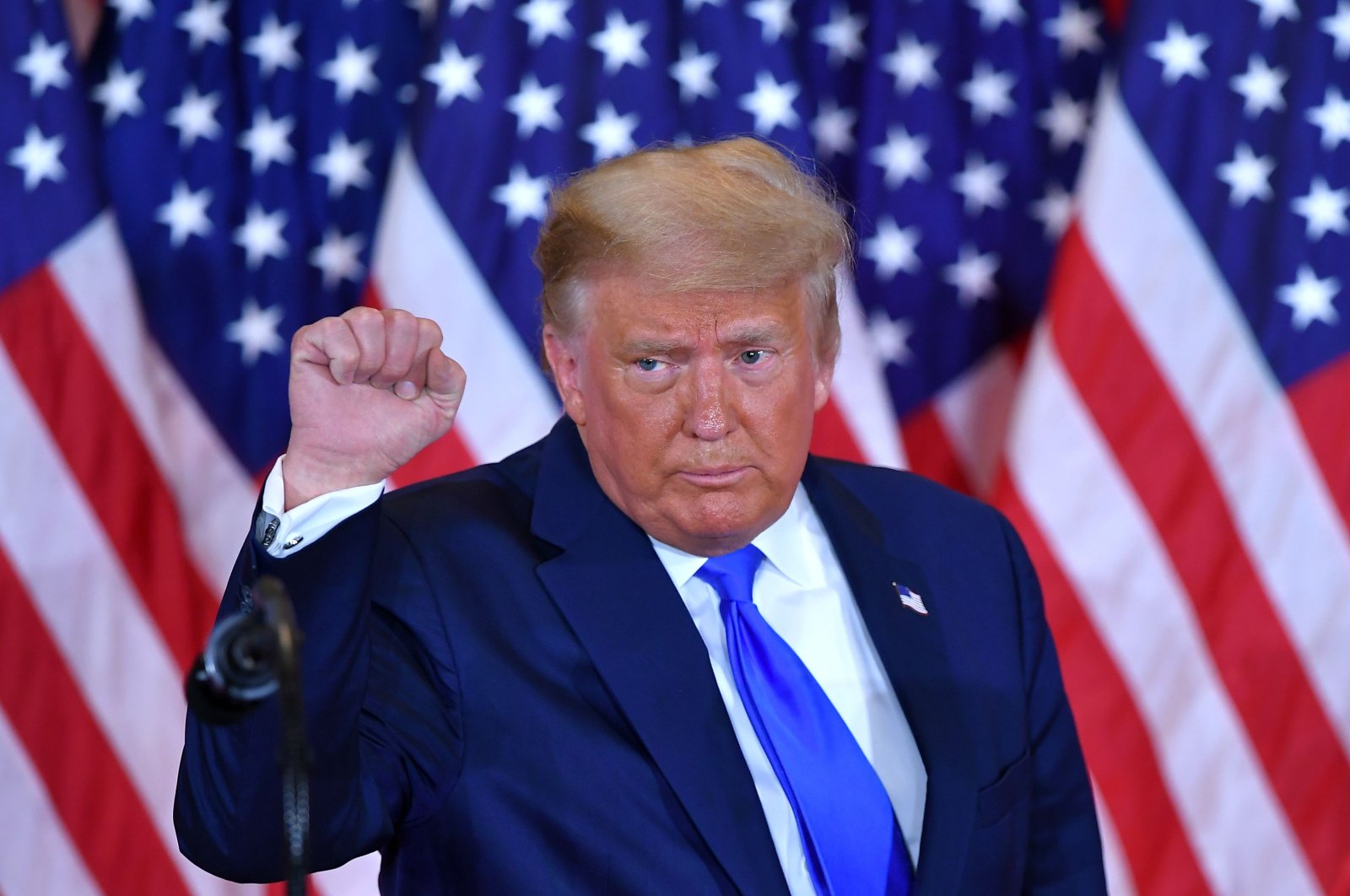 U.S. President Donald Trump pumps his fist after speaking during the election night in the East Room of the White House in Washington, D.C., early on Nov. 4, 2020. (AFP Photo)
by REUTERS Dec 08, 2020 12:04 am
RECOMMENDED

U.S. President Donald Trump will sign an executive order on Tuesday to ensure that priority access for COVID-19 vaccines procured by the U.S. government is given to the American people before assisting other nations, a senior administration official said on Monday.

Trump, who has faced sharp criticism for his handling of the coronavirus pandemic, is eager to take credit for the speedy development and distribution of a vaccine.

The official, speaking on condition of anonymity, told reporters that the order would set up a framework for U.S. government agencies to help other countries procure the vaccine as well.

It was unclear why an executive order was needed to ensure that the vaccines would be distributed in the United States.

The White House is holding a summit event on Tuesday to highlight the distribution process through Trump's Operation Warp Speed, which has been organizing the effort.

Trump has followed an "America First" motto as president and his aides want to make clear that that same policy is at work with vaccine distribution.

Officials from Democratic President-elect Joe Biden's transition team were not invited to the summit. Trump, a Republican who lost the Nov. 3 election to Biden, has refused to concede.

Trump and other officials will speak at the Tuesday event, which will focus on informing the public about how the distribution of the vaccine will work.

Some 85% of long-term care and assisted living facilities around the country had signed up for a mobile vaccination service provided by CVS and Walgreens, another senior administration official said.

The official said the U.S. government was concerned about cyberattacks related to the vaccine and had protected itself against them.