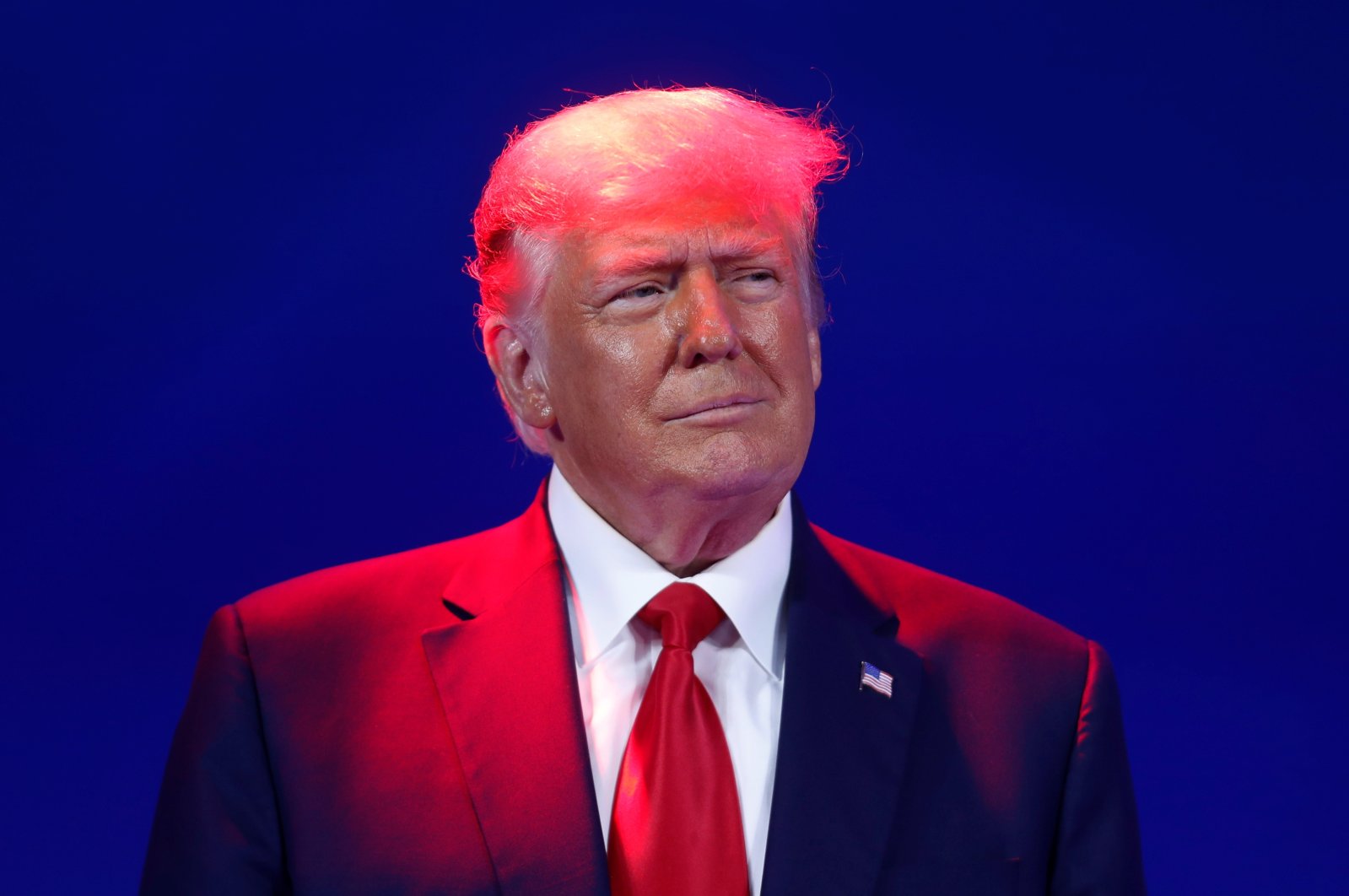 Taking the stage for the first time since leaving office, former President Donald Trump called for Republican unity, even as he exacerbated intraparty divisions by attacking fellow GOP members and promoting lies about the election in a speech that made clear he intends to remain a dominant political force.

Speaking Sunday at the Conservative Political Action Conference (CPAC), where he has been hailed as a returning hero, Trump blasted his successor, President Joe Biden, and tried to lay out a vision for the future of the GOP that revolves firmly around him, despite his loss in November.

"Do you miss me yet?” Trump said after taking the stage to his old rally soundtrack and cheers from the supportive crowd.

Trump, in his speech, tried to downplay the civil war gripping the party over the extent to which Republicans should embrace him, even as he unfurled an enemies list, calling out by name the 10 House Republicans and seven GOP senators who voted to impeach or convict him for inciting the U.S. Capitol riot.

He ended by singling out Rep. Liz Cheney, the No. 3 House Republican, who has faced tremendous backlash in Wyoming for saying Trump should no longer play a role in the party or headline the event. While he insisted the division was merely a spat "between a handful of Washington, D.C., establishment political hacks and everybody else, all over the country," Trump had a message for the incumbents who had dared to cross him: "Get rid of ’em all."

The conference, held this year in Orlando instead of the Washington suburbs to evade COVID-19 restrictions, served as a tribute to Trump and Trumpism, complete with a golden statue in his likeness on display.

Speakers, including many potential 2024 hopefuls, argued that the party must embrace the former president and his followers, even after the deadly insurrection at the Capitol on Jan. 6. They also repeated in panel after panel his unfounded claims that he lost reelection only because of mass voter fraud, even though such claims have been rejected by judges, Republican state officials and Trump’s own administration.

Trump, too, continued to repeat what Democrats have dubbed the "big lie," calling the election "rigged” and insisting that he won in November, even though he lost by more than 7 million votes. "As you know, they just lost the White House,” he said of Biden, rewriting history. It is highly unusual for past American presidents to publicly criticize their successors in the months after leaving office.

Ex-presidents typically step out of the spotlight for at least a while; Barack Obama was famously seen kitesurfing on vacation after he departed, while George W. Bush said he believed Obama "deserves my silence” and took up painting. Not Trump.

He delivered a sharp rebuke of what he framed as the new administration’s first month of failures, especially Biden’s approach to immigration and the border. "Joe Biden has had the most disastrous first month of any president in modern history,” Trump said. White House press secretary Jen Psaki had brushed off the expected criticism last week.

"We’ll see what he says, but our focus is certainly not on what President Trump is saying at CPAC,” she told reporters. Aside from criticizing Biden, Trump used the speech to crown himself the future of the Republican Party, even as many leaders argue they must move in a new, less divisive direction after Republicans lost not just the White House, but both chambers of Congress.

Though Trump has flirted with the idea of creating a third party, he pledged Sunday to remain part of "our beloved" GOP. "I’m going to continue to fight right by your side. We’re not starting new parties,” he said.

"We have the Republican Party. It’s going to be strong and united like never before.” Yet Trump spent much of the speech lashing out at those he has deemed insufficiently loyal and dubbed "RINOs” – Republican in name only – for failing to stand with him. "We cannot have leaders who show more passion for condemning their fellow Americans than they have ever shown for standing up to Democrats, the media and the radicals who want to turn America into a socialist country,” Trump said.

Trump did not use his speech to announce plans to run again, but he repeatedly teased the prospect as he predicted a Republican would win back the White House in 2024. "And I wonder who that will be,” he offered. "Who, who, who will that be? I wonder.”

It remains unclear, however, how much appetite there would be for another Trump term, even in the room of staunch supporters. The conference's annual unscientific straw poll of just over 1,000 attendees found that 97% approved of the job Trump did as president.

But they were much more ambiguous when asked whether he should run again, with only 68% saying he should. If the 2024 primary were held today and Trump were in the race, just 55% said they would vote for him, followed by Florida Gov. Ron DeSantis at 21%.

Without Trump in the field, DeSantis garnered 43% support, followed by 8% for South Dakota Gov. Kristi Noem and 7% each for former Secretary of State Mike Pompeo and Texas Sen. Ted Cruz. While he no longer has his social media megaphone after being barred from Twitter and Facebook, Trump had been inching back into public life even before the speech.

He called into conservative news outlets after talk radio star Rush Limbaugh's death and has issued statements, including one blasting Mitch McConnell after the Senate Republican leader excoriated Trump for inciting the Capitol riot.

McConnell has since said he would "absolutely” support Trump if he were the GOP nominee in 2024. At his Mar-a-Lago club in Palm Beach, Florida, Trump has also been quietly meeting with aides and senior party leaders as he builds his post-presidential political operation.

While he has already backed several pro-Trump candidates, including one challenging an impeachment supporter, aides have been working this past week to develop benchmarks for those seeking his endorsement to make sure the candidates are serious and have set up full-fledged political and fundraising organizations before he gets involved.

They are also planning a new super PAC that could raise unlimited amounts of money, though one aide cautioned they were still deciding whether to create a new entity or repurpose an existing America First super PAC.

Trump hinted at the effort Sunday, voicing his commitment to helping elect Republicans and calling on attendees to join him. "I stand before you today to declare that the incredible journey we begun together... is far from being over," he said.