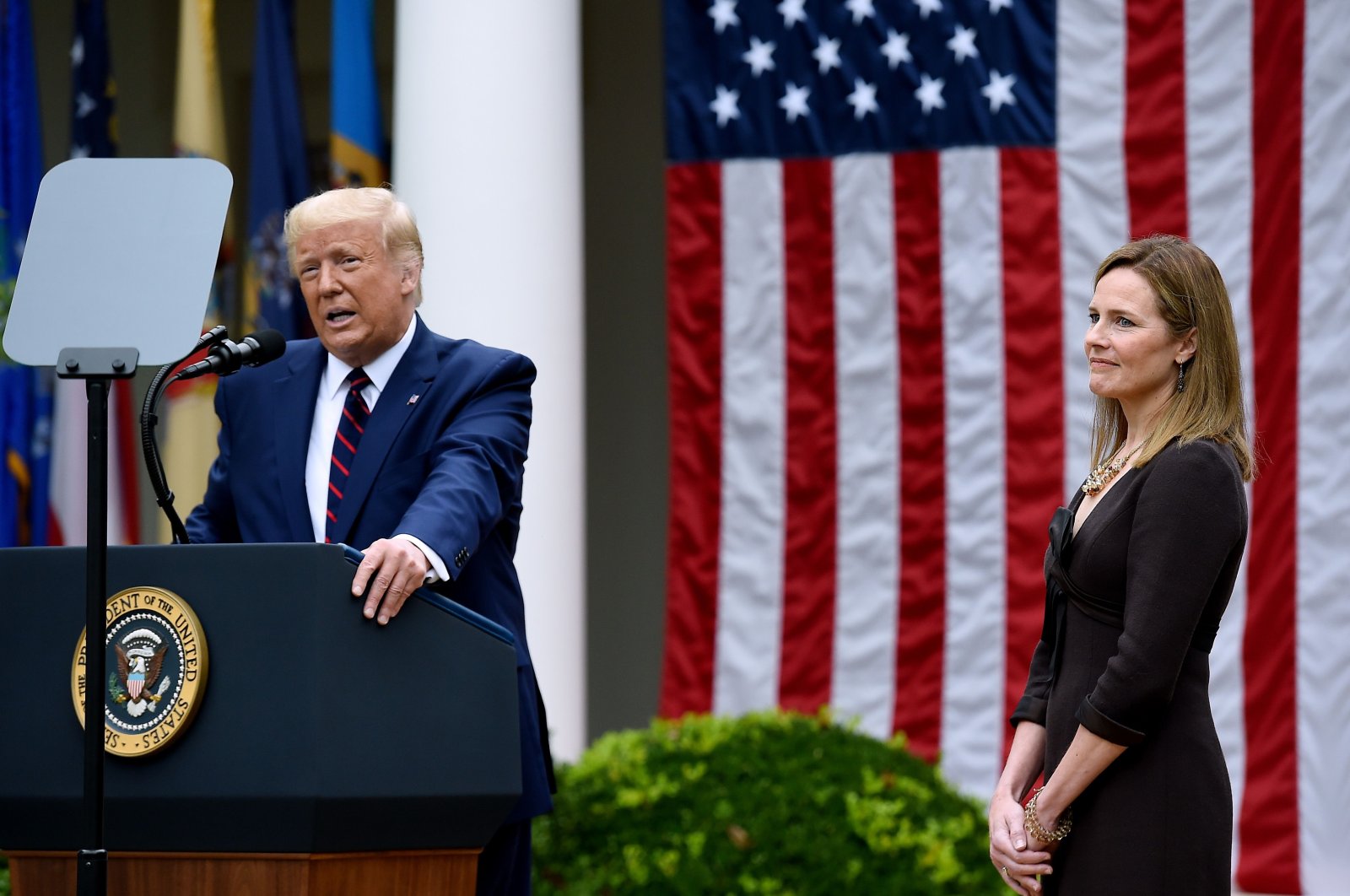 President Donald Trump named Amy Coney Barrett to the Supreme Court on Saturday, setting in motion a rush by Republicans to cement a conservative majority on the court on the eve of a tense and potentially disputed U.S. election.

Barrett said she would be a justice in the mold of the late staunch conservative Antonin Scalia and his "textualist" legal philosophy, which interprets the U.S. Constitution based on its original wording, not in the current social context. She has spent much of her career as an academic at the Catholic University of Notre Dame.

Ginsburg, who served 27 years on the court, was a liberal icon, seen as a pioneer for women's rights and equality more generally.

Trump urged Republicans, who hold a 53-47 Senate majority, to confirm Barrett, a federal appeals court judge and a favorite of religious conservatives, by the Nov. 3 election. He has said he expects the justices to have to resolve the election in which he faces Democratic challenger Joe Biden. The Supreme Court has only once in U.S. history had to resolve a presidential election, in 2000. Trump also has declined to commit to a peaceful transfer of power if he loses the election.

If confirmed, Barrett will fill the seat of late liberal justice Ruth Bader Ginsburg, likely steering the court to the right for years, expanding the current conservative wing's sometimes shaky 5-4 advantage to a solid 6-3. Trump has previously filled two of the nine seats on the high court. With the liberals' influence waning, the court will likely see a replay of some of the biggest judicial disputes in the nation, not least abortion rights and the already battered Obamacare health care plan.

More immediately, and even more explosively, a quick confirmation of Barrett would tilt the court just as fears are growing that the body may have to arbitrate a post-election dispute in which either Trump or his Democratic opponent Joe Biden refuses to accept the result. A majority of Americans, by 57 to 38%, oppose the push for confirmation before the election, according to a Washington Post/ABC poll.

Trump, who is well behind in the polls, has repeatedly said he may have to challenge results, alleging, without evidence, that Democrats want a "rigged" election. He said this week that the contest is likely to end up in the Supreme Court. Biden reacted immediately, saying "the Senate should not act" until voters have chosen their next president. Senate Judiciary Committee hearings to consider Barrett's nomination are scheduled to begin Oct. 12.