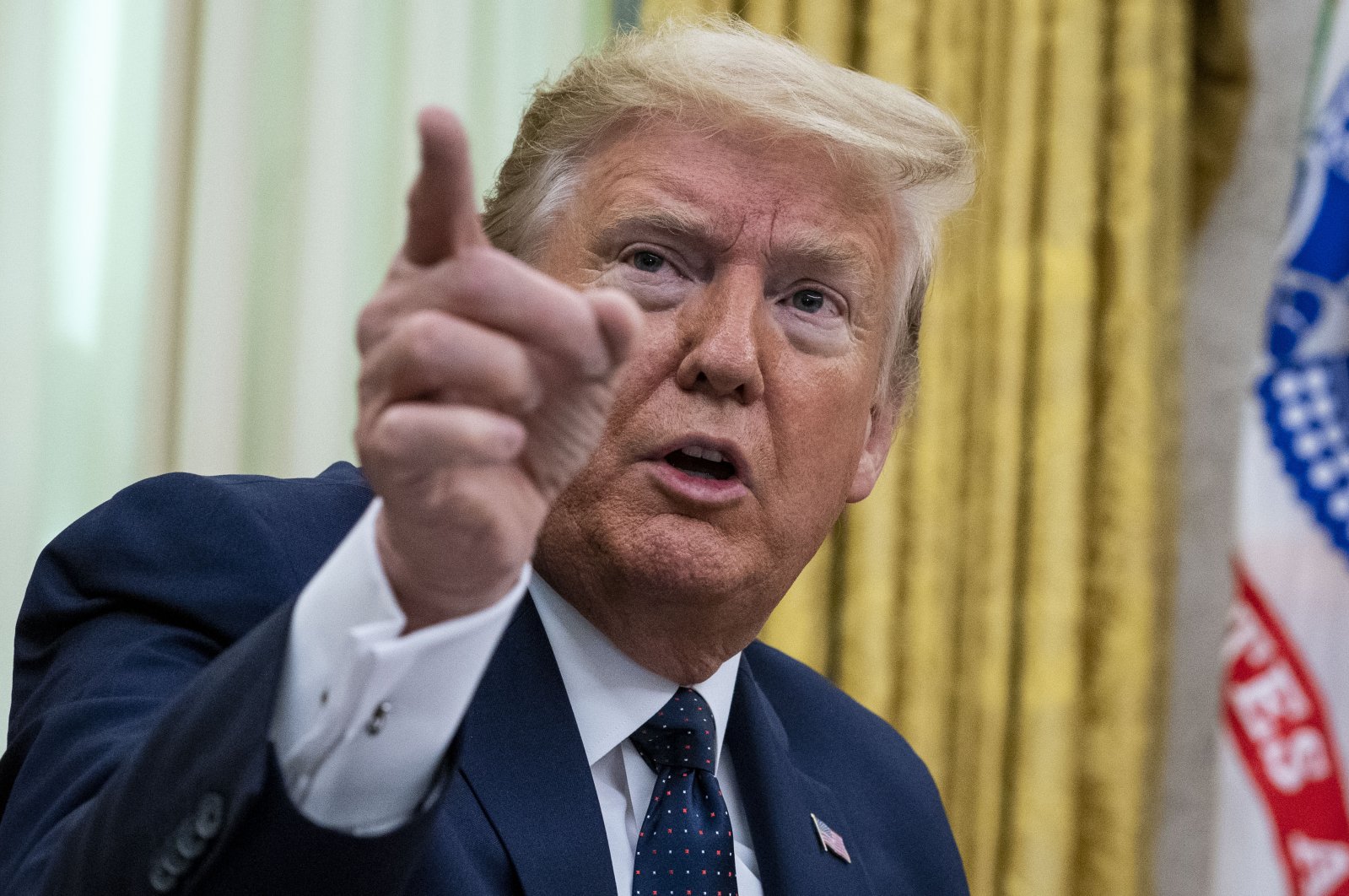 U.S. President Donald J. Trump makes remarks before signing an executive order on social media that will punish Facebook, Google and Twitter for the way they police content online, in the Oval Office, White House, Washington, D.C., May 28, 2020. (EPA-EFE Photo)
by Compiled from Wire Services May 29, 2020 11:08 am
RECOMMENDED

Twitter on Friday flagged a post by U.S. President Donald Trump on the unrest in Minneapolis as "glorifying violence," saying the tweet violated its rules but would not be removed.

The latest Tweet from Trump read: "...These THUGS are dishonoring the memory of George Floyd, and I won't let that happen. Just spoke to Governor Tim Walz and told him that the Military is with him all the way. Any difficulty and we will assume control but, when the looting starts, the shooting starts. Thank you!"

Trump's message can now be read only after clicking on a notice which says: "This Tweet violated the Twitter Rules about glorifying violence. However, Twitter has determined that it may be in the public’s interest in the Tweet to remain accessible."

The social media platform said that this Tweet violates its policies regarding the glorification of violence "based on the historical context of the last line, its connection to violence, and the risk it could inspire similar actions today."

In a thread, Twitter said it had taken the action "in the interest of preventing others from being inspired to commit violent acts." People will still "be able to retweet with comment, but will not be able to like, reply or retweet it."

"We’ve taken action in the interest of preventing others from being inspired to commit violent acts, but have kept the Tweet on Twitter because it is important that the public still be able to see the Tweet given its relevance to ongoing matters of public importance," the company said Friday morning.

A spokeswoman for the company said Twitter CEO Jack Dorsey was informed in advance by the company's staff of a decision to tag a tweet by President Donald Trump as "glorifying violence".

"The decision was made jointly by teams within Twitter, and our CEO Jack Dorsey was informed of the plan before the Tweet was labelled," the spokeswoman said in an email.

Twitter's action came just hours after Trump said he would introduce legislation that may scrap or weaken a law that has protected internet companies, including Twitter and Facebook, in an extraordinary attempt to regulate social media platforms where he has been criticized.

The proposed legislation is part of an executive order Trump signed on Thursday afternoon. Trump had attacked Twitter for tagging tweets about unsubstantiated claims of fraud about mail-in voting with a warning prompting readers to fact-check the posts.

"This will be a Big Day for Social Media and FAIRNESS!" Trump said on Twitter Thursday.