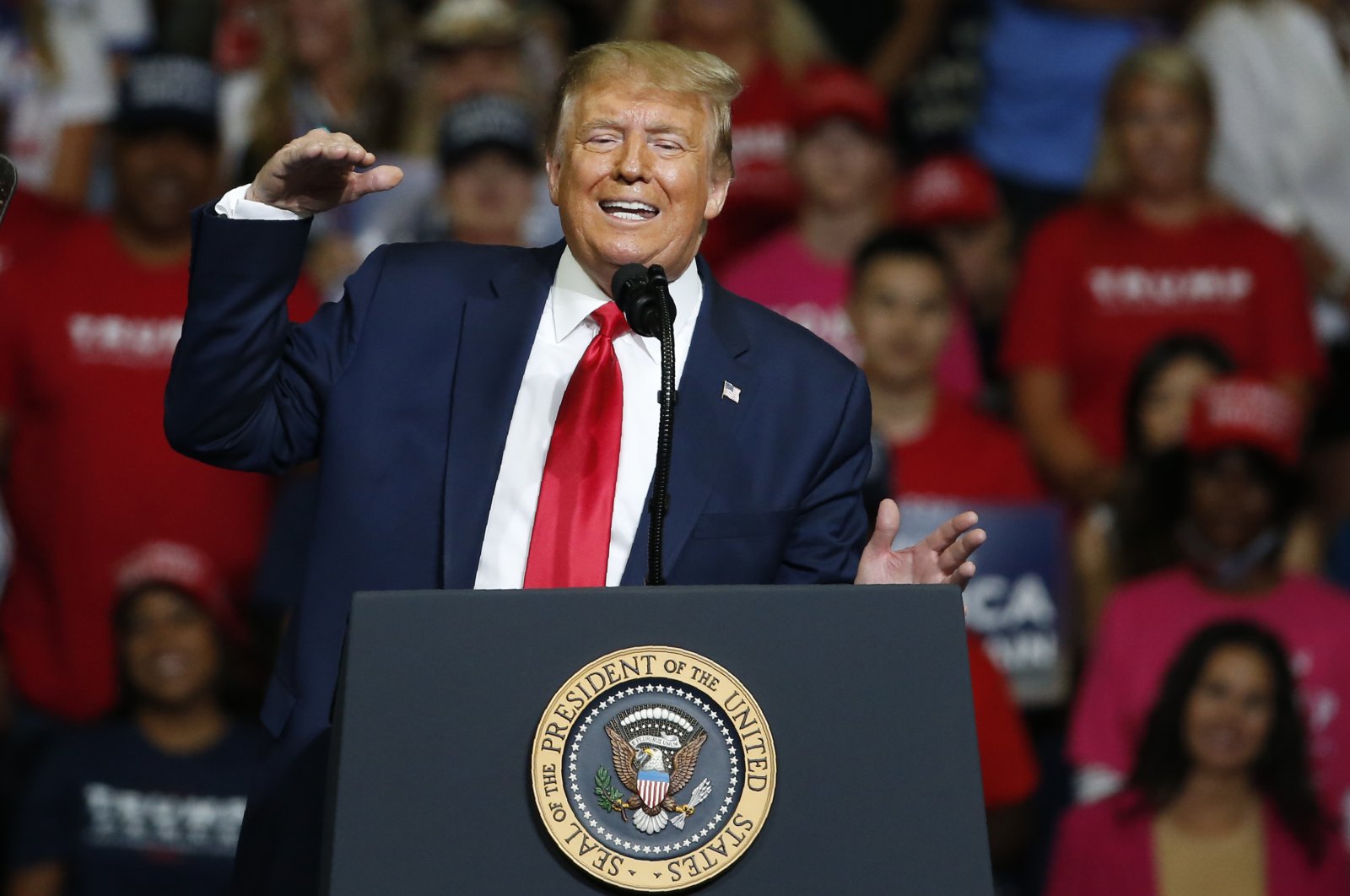 Campaign spokesperson Tim Murtaugh said the infections were detected after "another round of testing" and the staff members attended the indoor rally in Tusla, Oklahoma "but were wearing masks during the entire event."

Murtaugh did not say if the campaign employees were in contact with the president or other White House officials.

The statement comes after six members of the Trump campaign had tested positive prior to the rally and Murtaugh said that "no COVID-positive staffers or anyone in immediate contact" would be at the event.

Trump's first campaign rally in months was met with criticism from public health experts across the country, who said thousands of people at an indoor event posed an especially dangerous setting for spreading the virus.

During his rally, the president said the country was moving past the pandemic despite at least 20 states, including Oklahoma, seeing increases in reported coronavirus cases.

Despite the rising coronavirus cases numbers in Oklahoma the campaign expected to fill Tulsa's 19,200-seat arena, however, only 6,200 people attended the event, according to local reports citing the Tulsa Fire Department.

Trump on Monday touted the 7.7 million viewers that tuned into the event on Fox News – record-breaking ratings for the broadcaster – calling it a "major feat."