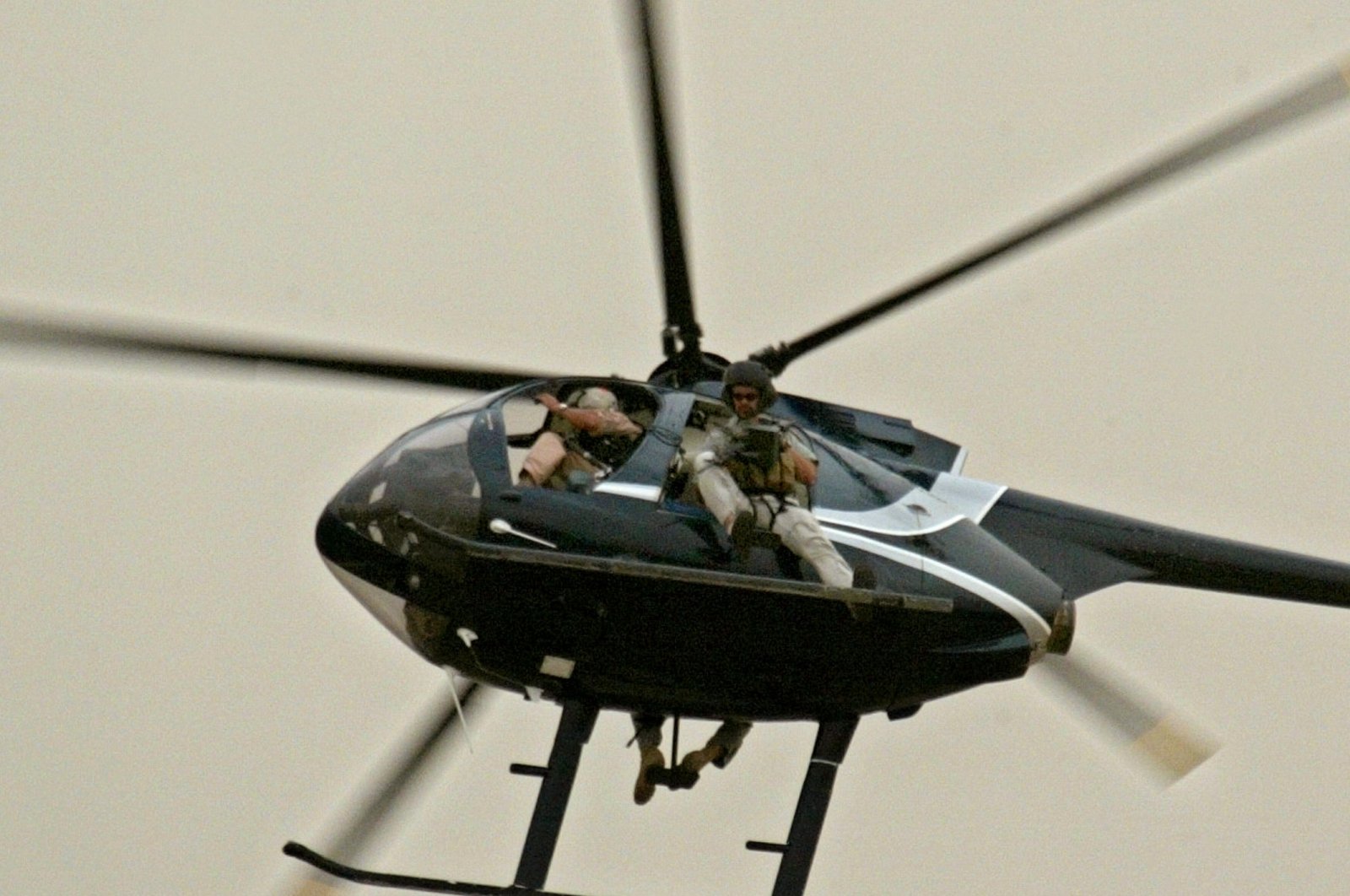 Trump on Tuesday pardoned military veterans who had been convicted of the first-degree murder and manslaughter of 14 civilians.

The four had worked for the private security firm Blackwater at the time of the deadly incident in Baghdad in 2007.

"We are deeply concerned by the recent US presidential pardons," U.N. human rights spokesperson Marta Hurtado said in a statement.

"Pardoning them contributes to impunity and has the effect of emboldening others to commit such crimes in the future," she said.

Iraqis expressed outrage and sadness after Trump pardoned the security contractors who were convicted six years ago for the Nisur Square massacre.

The four, all former U.S. servicepeople, opened fire unprovoked on the crowded square in 2007 in an incident which left at least 14 civilians dead – though Iraqi authorities put the toll as high as 17 – while wounding dozens more and deeply souring U.S.-Iraqi relations.

Previous administrations were reluctant to intervene in the legal case.

But the now-defunct Blackwater's owner was Erik Prince, a close Trump supporter and brother of Trump's secretary of education, Betsy DeVos.

A former classmate of a medical student killed at Nisur called the pardons "an utter outrage," but said they were not surprising.

"As far as they are concerned, our blood is cheaper than water and our demands for justice and accountability are merely a nuisance," the classmate said, on grounds of anonymity.

"This was a craven war crime that resulted in the death of 17 Iraqi civilians. Shame on you Mr President," Hertling tweeted, using the higher death toll.

Trump also extended pardons to two men convicted in the Russia election meddling investigation of his 2016 campaign, and three former Republican lawmakers that watchdog group Citizens for Responsibility and Ethics in Washington (CREW) called "three of the most corrupt Members of Congress in recent history."

All five, however, have been vocal supporters of Trump.

"The message Trump has sent tonight is clear: no matter how awful your crime was, justice does not apply to you if you are loyal to him," CREW said.

According to an analysis by Harvard University law professor Jack Goldsmith and an assistant, Matthew Gluck, at least 42 of the 65 pardons Trump has issued so far were "to advance a political agenda," while only five were recommended by the official White House pardons attorney.

Those pardoned, or who had their sentences commuted, include other figures convicted in the Russia meddling investigation and a broad mix of pro-Trump activists convicted of felonies.

Trump also stunned prosecutors in Florida Monday with the pardon of Philip Esformes, a health care tycoon sentenced in 2019 to 20 years in prison for bilking the federal Medicare program of $44 million dollars, the largest-ever Medicare fraud case.

While Esformes had no evident links to Trump, he was backed by several influential former Republican attorneys general and prosecutors who have supported the president.

Trump is believed to be weighing other pardons, including to indemnify members of his family and potentially himself from potential federal litigation after he steps down on Jan. 20.

Other reported possibilities include blanket pardons for his personal lawyer Rudy Giuliani and the Trump Organization's chief accountant Allen Weisselberg.

Pardoning any would lead to outrage in the intelligence and diplomatic community, but Trump has shown sympathy with at least some leaks of intelligence information.

Others known to have requested pardons include a former Maryland police officer convicted of unjustifiably setting her police dog on several suspects; a former U.S. soldier convicted of murdering 16 Afghan civilians in 2012 and Joseph Maldonado-Passage, better known as Joe Exotic, the star of the hit Netflix documentary "Tiger King", convicted of trying to hire a man to murder a rival.