'Unite the right' on trial: Jurors hear closings in Virginia 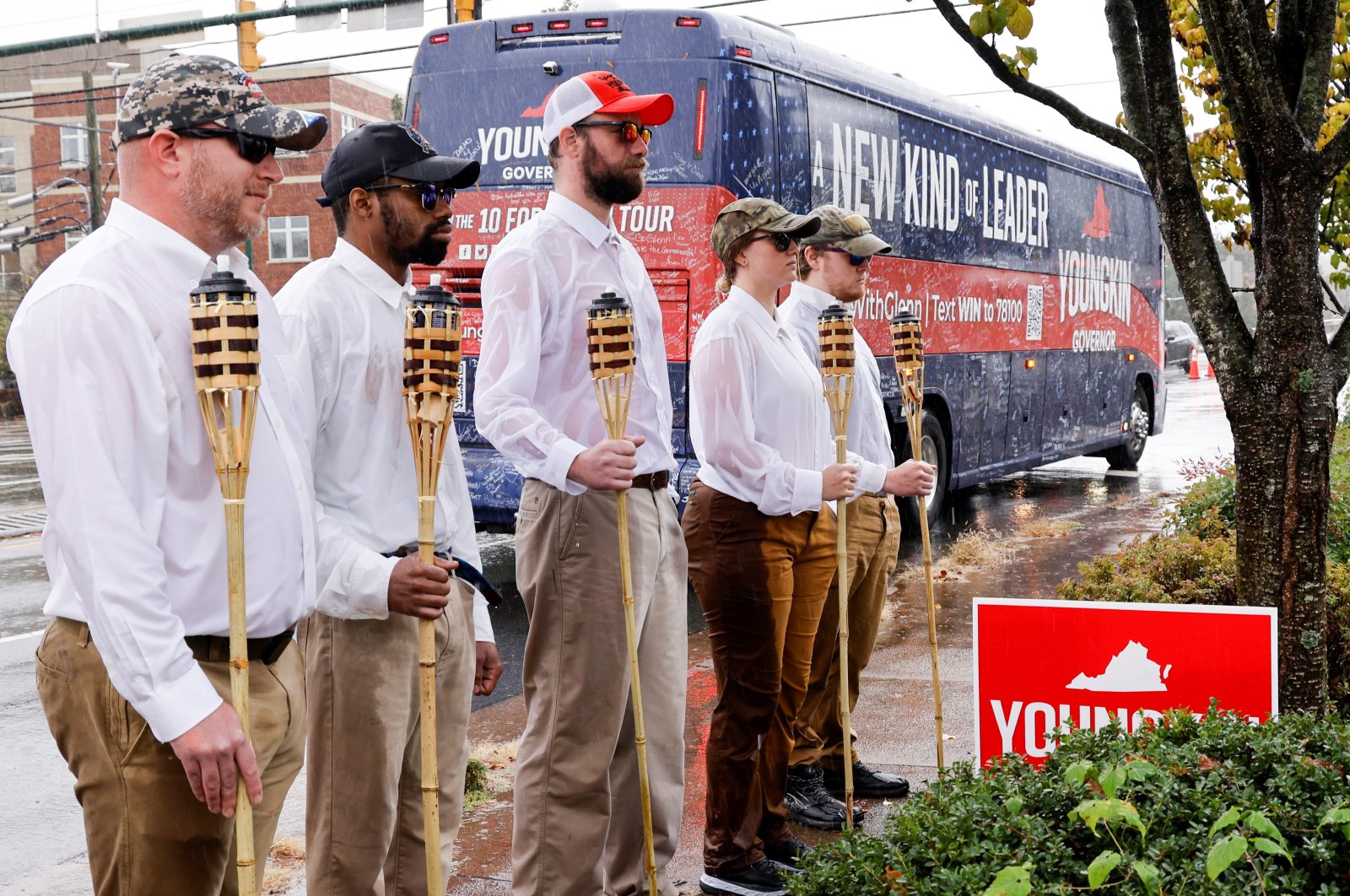 A small group of demonstrators dressed as "Unite the Right" rally-goers with tiki torches stand on a sidewalk for a campaign event in Charlottesville, Virginia, U.S., Oct. 29, 2021. (REUTERS/Jonathan Ernst)
by ASSOCIATED PRESS Nov 18, 2021 8:45 pm
RECOMMENDED

The lawyers of nine people injured during the infamous "Unite the Right" rally in Charlottesville in 2017 told a jury Thursday that white nationalists “planned, executed and then celebrated” racially motivated violence that killed one counter-protester and injured dozens more.

Their arguments in United States District Court in Charlottesville came in a lawsuit alleging that two dozen white nationalists, neo-Nazis and white supremacist organizations conspired to commit violence during two days of demonstrations.

During their closing presentation, plaintiffs' attorneys showed the jury dozens of text messages, chat room exchanges and social media postings by the rally's main planners. Some were filled with racial epithets and talk of “cracking skulls” of anti-racist counter-protesters.

Lawyers for the defendants were scheduled to make their closing arguments Thursday afternoon.

Hundreds of white nationalists descended on Charlottesville on Aug. 11-12, 2017, ostensibly to protest the city’s plans to remove a statue of Confederate Gen. Robert E. Lee.

During a march on the University of Virginia campus, white nationalists surrounded counter-protesters, shouted “Jews will not replace us!” and threw burning tiki torches at them. An avowed admirer of Adolf Hitler rammed his car into a crowd the next day, killing one woman and injuring dozens more.

James Alex Fields Jr. of Maumee, Ohio, is serving life in prison for murder and hate crimes for the car attack. He is also named as a defendant in the lawsuit, which seeks monetary damages and a judgment that the defendants violated the plaintiffs' constitutional rights.

Dunn told jurors that although the defendants have attempted to distance themselves from Fields, many of them talked before the rally about their belief that if counter-protesters blocked traffic or were in the way, "you were allowed to plow them over.”

Lawyers for the defendants have argued during the month-long trial that there was no conspiracy, and their use of racial epithets and blustery talk in chat rooms before the rally is protected by the First Amendment. Several defendants have testified that they resorted to violence only after they or their associates were attacked. They've blamed the violence on anti-fascist protesters known as Antifa, and also each other.

The trial has featured emotional testimony from people who were struck by Fields’ car or witnessed the attack, as well as plaintiffs who were beaten or subjected to racist taunts.

The lawsuit is being funded by Integrity First for America, a nonprofit civil rights organization.