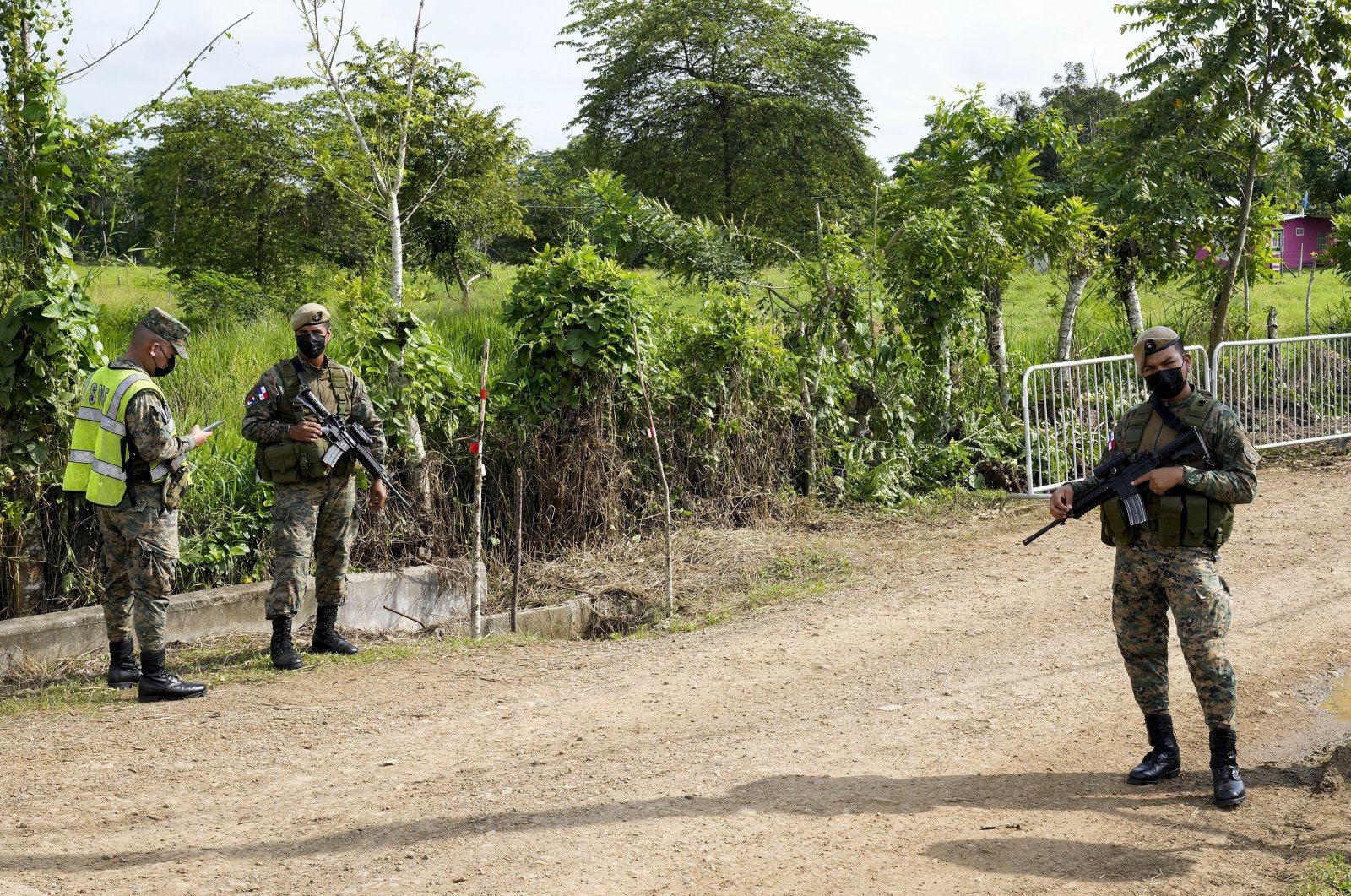 Panamanian border police stand guard outside a migrant camp before the visit of the foreign ministers from Panama and Colombia, in San Vicente, Darien province, Panama, near the border with Colombia, Aug. 6, 2021. (AP Photo)
by French Press Agency - AFP
Oct 02, 2021 9:11 am

The controversy arose after photos emerged from the training, one of which showed a man pointing a gun at an image of an armed person wearing what appeared to be an Arab headdress.

The images were published on Twitter by the National Police and the local Israeli chamber of commerce but were later deleted.

"We are respectful of cultural, religious and ethnic differences," the police force said in a statement. "We regret that ... a situation arose outside the nature of our mission and duty."

The deleted Twitter posts had said the training was organized by the Israeli embassy in Panama.

The controversy drew a rebuke from the Panamanian Committee of Solidarity with Palestine, which said the course promoted "violence and racism, so that anyone who wears a hijab or something similar can be classified as a terrorist."