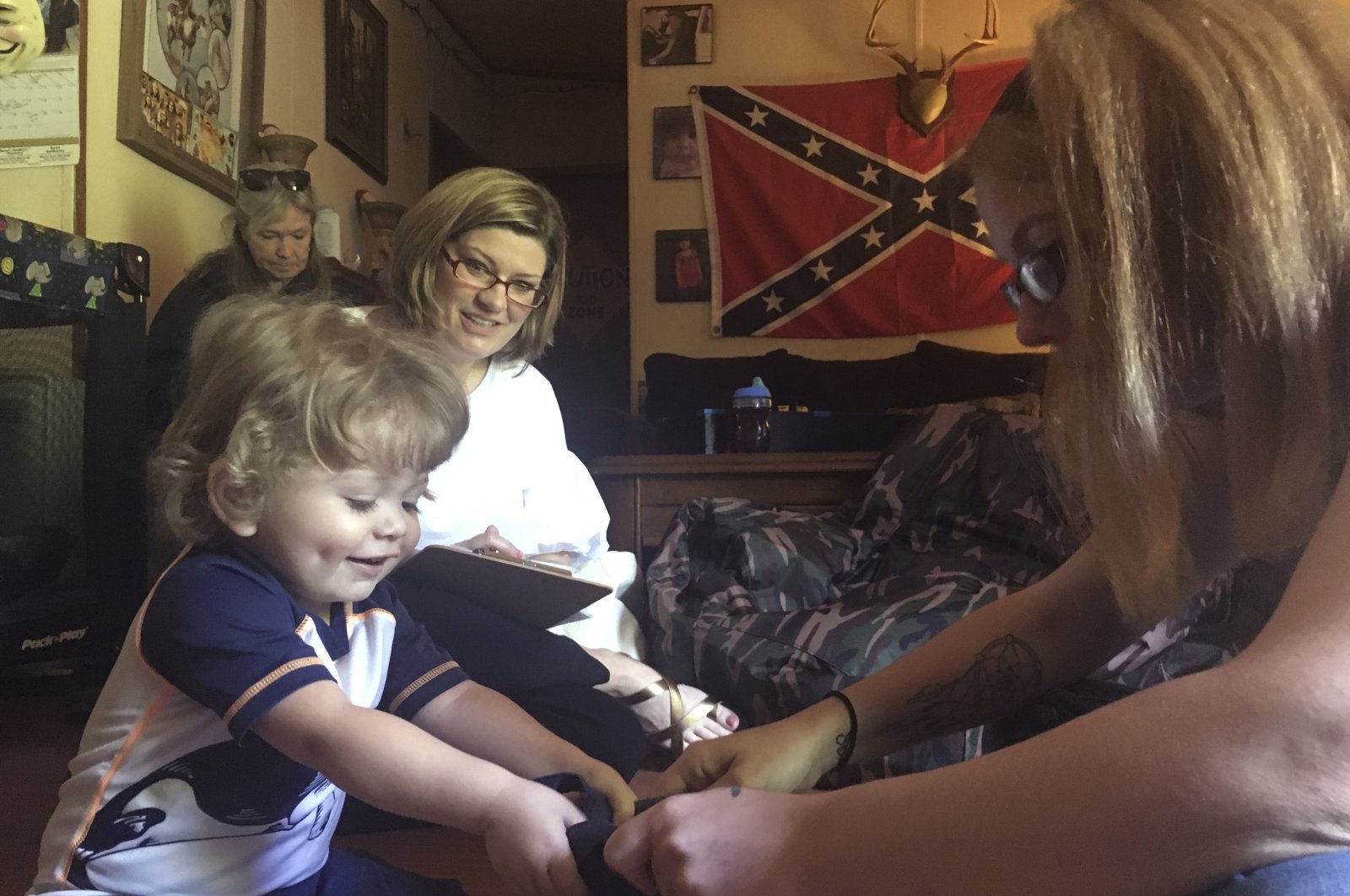 In this May 7, 2018, file photo, Casey Britton, right, works with her younger son, Gavin, on early childhood lesson at their home in Linden, Tenn., as advocates from an anti-poverty group, (AP Photo)
by ASSOCIATED PRESS Jun 18, 2020 6:21 pm
RECOMMENDED

The Environmental Protection Agency (EPA) on Thursday ended an Obama-era drive to regulate a widespread contaminant in drinking water linked to brain damage in infants. The agency rejected warnings that the move will mean lower IQs for an unknown number of American newborns.

In a statement, Wheeler said the decision to drop the introduction of federal limits for perchlorate, a component of rocket fuel, ammunition and explosives, "fulfills President Trump’s promise to pare back burdensome 'one-size-fits-all' overregulation for the American people."

Perchlorate from runoff contaminates the drinking water of as many as 16 million Americans, the Obama administration said in 2011 when it announced the EPA would act to set maximum limits for perchlorate for the first time.

Perchlorate can damage the development of fetuses and children and cause measurable drops in IQ in newborns, the American Academy of Pediatrics said last August in urging the "strongest possible" federal limits. Studies cited by the doctors’ group included one showing that nine out of 13 breastfeeding infants were ingesting significant levels of the chemical.

The EPA was ordered by a court in 2018 to come up with regulation by this month. The agency said last year it was looking at four options, including a limit for perchlorate in drinking water far higher than those that California, Massachusetts and other states are currently adopting. The EPA said another option was dropping the proposal to regulate perchlorate entirely, based on the contention that "perchlorate does not occur in public water systems with a frequency, and at a level of public health concern."

Wheeler made that position final on Thursday. He said that partly because of the steps that some states and public drinking water systems have taken to reduce perchlorate contamination, a federal regulation was not warranted.

The EPA required some nationwide testing for perchlorate in drinking water only from 2001 to 2005, making it impossible to determine how severe a problem remains nationally, Olson said.

The Trump EPA looked at some of the limited local testing done for perchlorate, including 15 water systems in a total of 12 states, and said the monitoring found lower levels of the rocket fuel chemical in some of them.