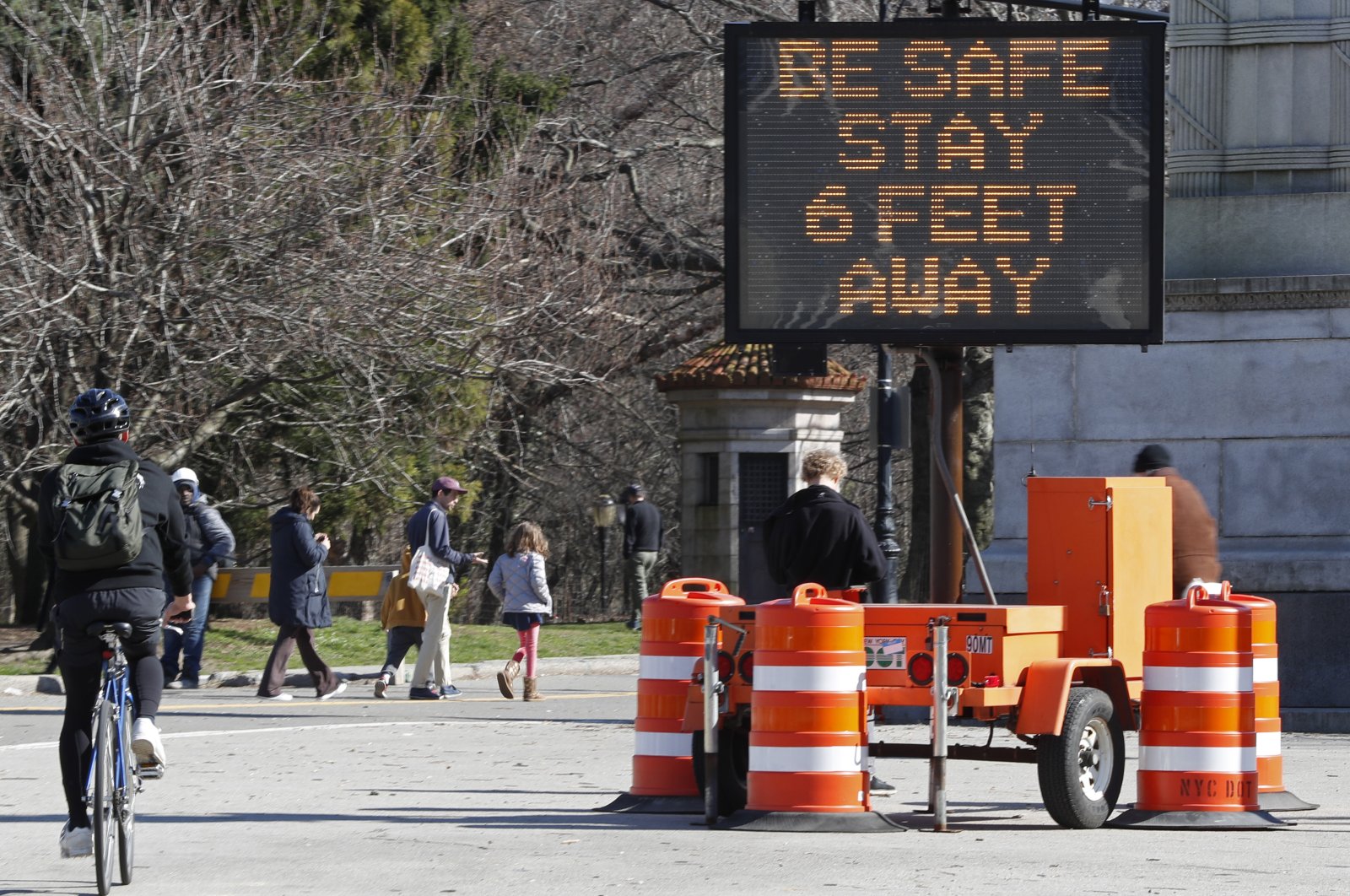 The U.S. is now the worst-affected nation with more than 85,000 confirmed cases of the coronavirus, as new research predicts more than 80,000 deaths in four months

The United States now has more confirmed coronavirus cases than Italy and China, making it the country with the largest outbreak of the illness in the world. Meanwhile, new research predicts that more than 80,000 deaths will occur across the country in four months, even if stringent social distancing measures are enforced.

The total number of cases documented in the country hit 82,404 by Thursday evening, edging out Italy, which has reported the most deaths, and China, where the virus was first detected in December in the metropolis of Wuhan. The U.S. had about 1,300 deaths, almost a quarter of them in New York City, where hospitals are overwhelmed. It is New York that is now the U.S. epicenter of the disease. Public health officials are keeping a wary eye on the situation and warning that Los Angeles, California could end up being as hard hit as New York in the coming weeks, in part because a planned increase in testing may uncover a dramatic surge in cases.

During the epidemic peak – also set for some point in April – as many as 2,300 patients could die every day, according to the forecasters at the Institute for Health Metrics and Evaluation (IHME) at the University of Washington's School of Medicine. This was the case even if the population adhered to strict social distancing measures. The analysis estimated that approximately 81,000 people in the U.S. will die from the virus over the coming four months. Estimates ranged between 38,000 and more than 160,000.

In New York hospitals, the staff is working extra shifts and searching desperately for more bed space as they battle a surging toll of dead and infected at the U.S. epicenter of the coronavirus pandemic. At the beginning of the COVID-19 crisis, which has so far claimed 385 lives across the state, patients were mostly elderly or sick, according to one respiratory therapist, who works in the New York City borough of Queens. "Now it's 50 year olds, 40 year olds, 30 year olds," said the employee at the Jewish Medical Center, who declined to give his name. They "didn't listen about not going out or protecting themselves and washing their hands," he added. "To watch somebody in their 30s die, it's hard. You can't have visitors. They're in the room by themselves on a ventilator. It's very depressing."

As the country took the grim title of the nation with the most coronavirus infections, the State Department announced that it is looking to hire international medical staff to handle the increasing number of coronavirus cases in the country. "We encourage medical professionals seeking work in the U.S. on a work or exchange visitor visa (H or J), particularly those working on #COVID19 issues, to contact the nearest U.S. Embassy/Consulate for a visa appointment," said a tweet by the Bureau of Consular Affairs. Those working to treat or mitigate the effects of COVID-19 were encouraged to reach out to the nearest U.S. Embassy or consulate to request a visa appointment, the statement added. The State Department also urged foreign medical professionals already in the U.S. to take necessary steps to extend their stay.