US cities grapple with violent protests over racial injustice 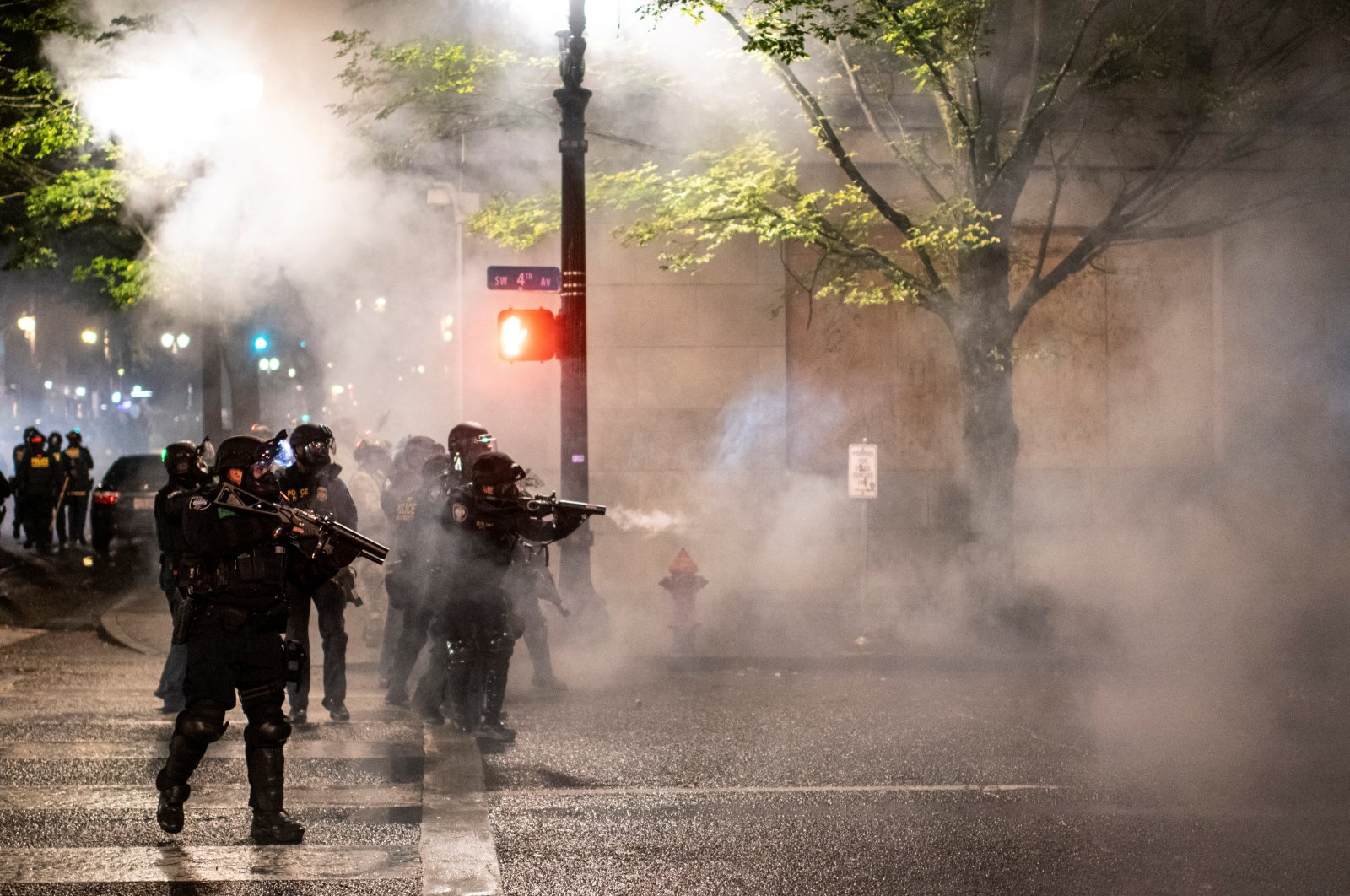 Anti-racism protests have swelled across the United States over the lack of criminal charges in the police killing of black woman Breonna Taylor, as photos and videos posted online show increasingly violent clashes in many cities.

Taylor's death has become a rallying cry for the Black Lives Matter (BLM) movement and the grand jury decision over the fatal shooting of Taylor sent fresh demands for racial justice billowing across the country. Demonstrators were angered after it was announced that the officers who shot Taylor in her Louisville, Kentucky apartment during a drug raid last March would not be charged with her death.

A fire was set to the outside of a police union building in Portland, Oregon late Thursday, leading authorities to declare an unlawful assembly. Portland police declared an unlawful assembly and tweeted that those who failed to leave could be subject to “arrest, citation or the use of crowd control agents.”

On Wednesday night, people hurled several firebombs at officers in Oregon’s largest city during demonstrations. The city has already seen nearly four months of nightly protests over racial injustice and police brutality. Deputy Police Chief Chris Davis said Wednesday night’s demonstrations were the most violent that Portland has seen thus far in four months of nearly nightly unrest since the death of George Floyd, a black man who died in Minnesota after a white officer held a knee to his neck.

At least 24 people were arrested in Louisville, Kentucky during the second night of protests. Authorities alleged the protesters broke windows at a restaurant, damaged city buses, tried to set a fire and threw a flare into the street. Louisville Metro Police denied accusations that circulated on social media that officers were waiting for a decision from lawyers about whether they could “storm” a private church property where hundreds of protesters had gathered to avoid arrest after the city’s curfew went into effect.

In Los Angeles, California, one person was hurt when a vehicle ran into a small crowd of people protesting police brutality on Thursday night, authorities said.

The driver of a blue pickup truck got into an argument with demonstrators and struck the protester who was standing in the street as the driver tried to get away, police said in a statement. The protester was taken to a hospital with minor injuries. A few minutes after that incident, the driver of a white Prius also got involved in an argument with protesters and then tried to drive off, police said. A group of protesters in a black pickup truck chased down the white sedan and cut it off. They and another group of people in a green Mustang confronted the driver and banged on the sedan’s windows. A few dozen demonstrators marched through Hollywood for hours Thursday, one of many protests across the country demanding justice for Taylor.