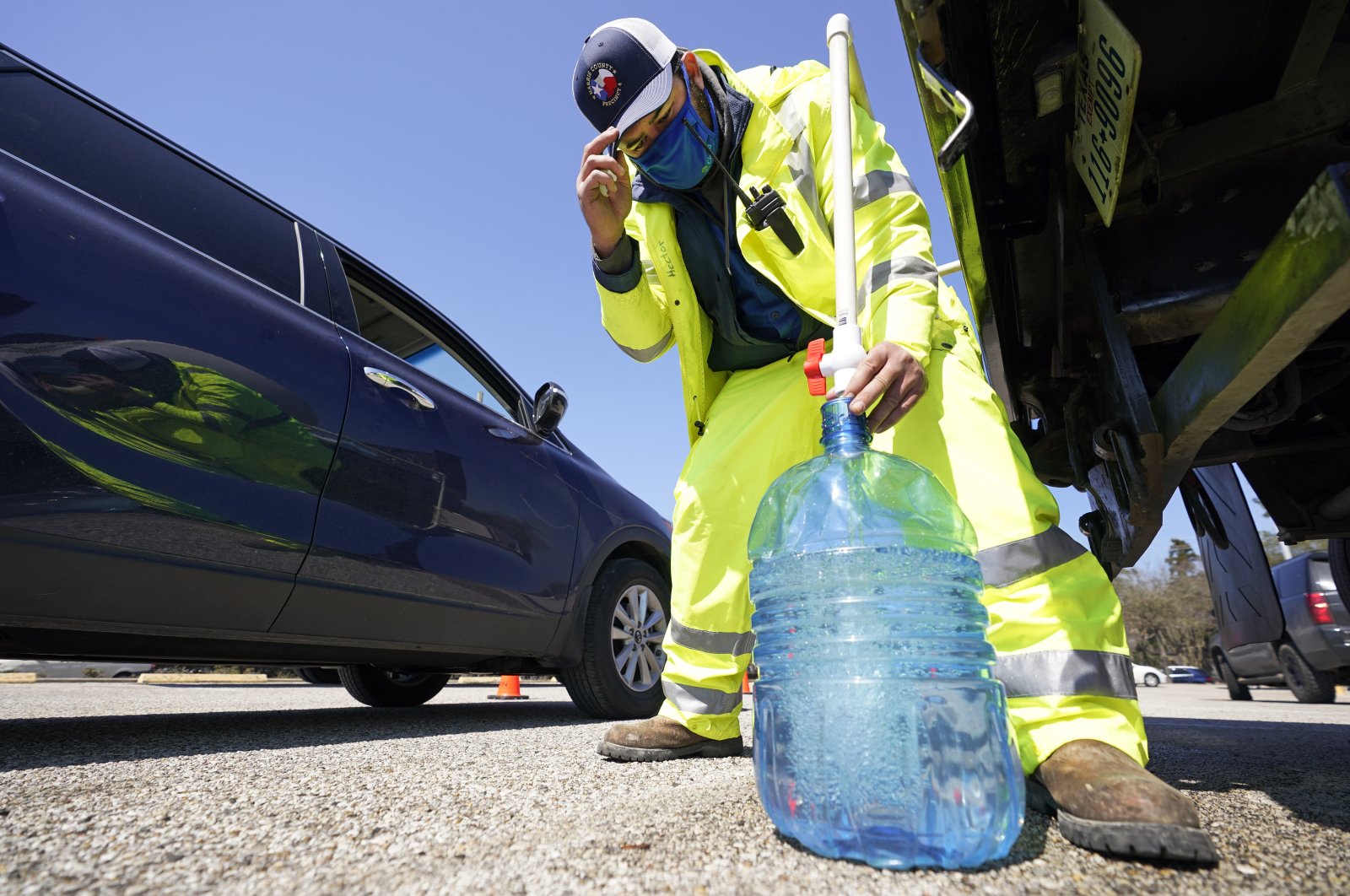 States slammed by winter storms that left millions without power for days have traded one crisis for another: Broken water pipes brought on by record-low temperatures have created a shortage of clean drinking water, shut down airports on Friday and left hospitals scrambling.

Texas authorities ordered 7 million people — a quarter of the population of the nation’s second-largest state — to boil tap water before drinking it because low water pressure could have allowed bacteria to seep into the system. A man died at an Abilene health care facility when a lack of water pressure made medical treatment impossible.

About 260,000 homes and businesses in Tennessee’s largest county, which includes Memphis, were told to boil water because of ruptures and problems at pumping stations. Memphis International Airport canceled all incoming and outgoing passenger flights Friday due to water pressure issues.

And in Jackson, Mississippi, most of the city of about 161,000 had no running water. Crews pumped water to refill city tanks but faced a shortage of chemicals for treatment because icy roads made it difficult for distributors to deliver them, Mayor Chokwe Antar Lumumba said.

“We are dealing with an extreme challenge with getting more water through our distribution system,” Lumumba said.

The city was providing water for flushing toilets and drinking, but residents had to drive to pick it up – leaving the elderly and those living on icy roads vulnerable.

Lisa Thomas said her driveway on a hill in Jackson was a sheet of ice. Her husband, who is on a defibrillator and heart monitor, is running out of his heart medication, with only enough to get him through Sunday because she hasn’t been able to make it to the pharmacy to refill it.

The water woes were the latest misery for residents left without heat or electricity for days after ice and snow storms swept through early in the week, forcing utilities from Minnesota to Texas to implement rolling blackouts to ease strained power grids.

Texas’ grid operators said Friday that the state's electrical system returned to normal for the first time since a storm knocked out power to more than 4 million customers. Smaller outages remained, but Bill Magness, president of the Electric Reliability Council of Texas, said the grid now has enough capacity to provide power throughout the entire system.

Gov. Greg Abbott ordered an investigation into the failure in the energy capital of the U.S., while ERCOT officials have defended their preparations and the decision to begin forced outages early Monday as the grid reached a breaking point.

The storms also left more than 330,000 from Virginia to Louisiana without power and about 71,000 in Oregon on Friday were still enduring a weeklong outage following a massive ice and snowstorm.

The extreme weather was blamed for the deaths of at least 59 people, including a Tennessee farmer who tried to save two calves that apparently wandered into a frozen pond. A growing number of people have perished as they struggled to keep warm.

“What has me most worried is making sure that people stay warm,” Fenton said on “CBS This Morning,” urging people without heat to go to a shelter or warming center.

In many areas, water pressure dropped after lines froze and because people left faucets dripping to prevent pipes from icing, authorities said.

As of Thursday afternoon, more than 1,000 Texas public water systems and 177 of the state’s 254 counties had reported weather-related operational disruptions, affecting more than 14 million people, according to the Texas Commission on Environmental Quality.

Two of Houston Methodist’s community hospitals had no running water and still treated patients but canceled most non-emergency surgeries and procedures for Thursday and possibly Friday, said spokesperson Gale Smith.

Houston Mayor Sylvester Turner said residents will probably have to boil tap water in the fourth-largest U.S. city until Sunday or Monday.

Central Arkansas Water, which services the Little Rock area, asked customers to conserve water to help protect the system as the ground began to warm and pipes thawed. The city of Hot Springs warned Thursday night that its water supply was at “critically low” levels and also asked its customers to conserve.

In Little Rock, the Museum of Discovery reported that a broken pipe flooded its building — causing extensive damage to theaters, galleries and offices and killing one display animal, a blue-tongued skunk lizard.

Louisiana Gov. John Bel Edwards said the worst of the state’s water outages were in the northern part of the state and in the southwestern city of Lake Charles, which is struggling to recover from last August's Hurricane Laura.

Bulk and bottled water deliveries were planned Friday to the hardest-hit Louisiana areas and with a focus on hospitals, nursing homes and dialysis centers, Edwards said.

Edwards said he was grateful that warmer weather was forecasted across Louisiana by Saturday.

“I expect that over the next several days, we will make repairs to the water systems and get things functioning as close to normal as possible,” the governor said in a live event with the Washington Post.

In the community of Hackberry near Lake Charles, Nicole Beard said her boyfriend crawled under his house to try to fix a broken water line but couldn't because he didn't have the right parts and it was too dark. She was using bottled water and put up her two daughters in another home.

"People are still just struggling over here," she said.