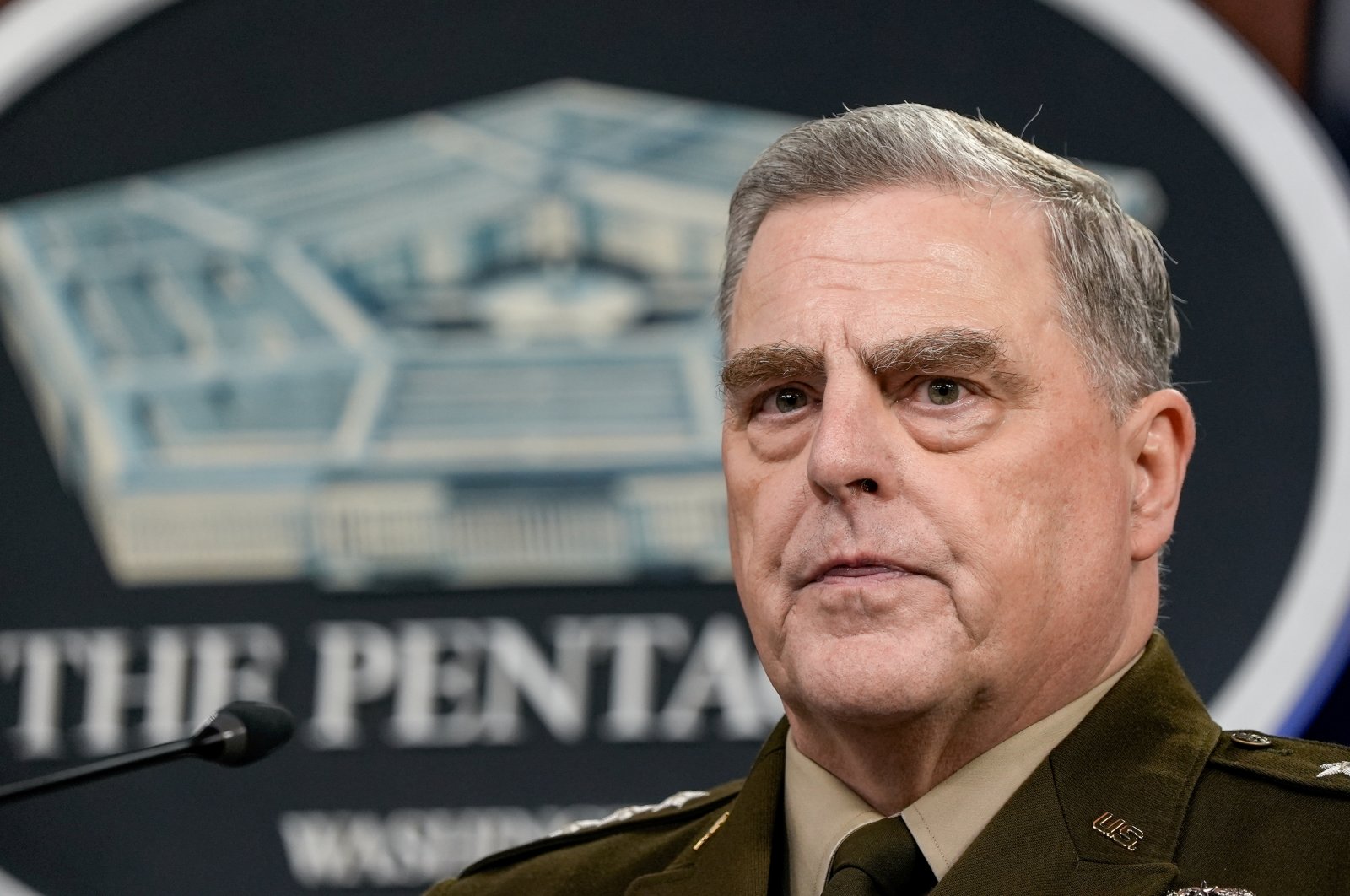 Chairman of the Joint Chiefs of Staff General Mark Milley briefs reporters at the Pentagon as the U.S. military nears the formal end of its mission in Afghanistan, in Arlington, Virginia, U.S., July 21, 2021. (Reuters Photo)
by German Press Agency - DPA Sep 25, 2021 2:54 pm
RECOMMENDED

Representatives and senators are planning to question them about last month’s bloody exit from Afghanistan and about a new book that says Milley called China to calm tensions surrounding the 2020 election.

Republicans and many Democrats have criticized President Joe Biden for his handling of the Afghanistan withdrawal, while the parties have split on Milley’s reported call to China, in which Washington Post reporters Bob Woodward and Robert Costa wrote that Milley told Chinese Gen. Li Zuocheng that the United States did not intend to attack.

A number of Republicans, including Sens. Marco Rubio of Florida and Marsha Blackburn of Tennessee, have said they believe Milley’s calls were "treasonous” if the book is accurate. Rubio has called on him to resign. But Biden responded that he remains confident in the general, who has also told reporters his calls went according to protocol.

In a September 23 letter to Austin, Oklahoma’s James M Inhofe, the ranking Republican on the Senate panel, requested a long list of records, intelligence reports and summaries of Pentagon documents relating to Afghanistan, the rushed withdrawal of which last month left behind U.S. citizens and Afghan allies and exposed U.S. service members and Afghans to a terrorist bombing that killed 13 Americans and scores of Afghans.

Inhofe wants an accounting of how many people the military evacuated from the country and of all military equipment left behind. He set an Oct. 8 deadline for the information.

On Sept. 22, five Republican senators on the committee, Josh Hawley of Missouri, Tom Cotton of Arkansas, Kevin Cramer of North Dakota, Rick Scott of Florida and Tommy Tuberville of Alabama, wrote to the chairman, Democrat Jack Reed of Rhode Island, to ask him to allow them extra time to question the Pentagon witnesses.

"The American people want to know how the Administration – including the Department of Defense – failed to prepare for the collapse of the Afghan forces and allowed itself to be blindsided by the Taliban’s final advance,” they wrote, referencing the quick takeover of the country, as the militants overran a U.S.-backed government.

Republicans have sought to balance how much they criticize the U.S. military, however, as compared to Biden. Inhofe, for one, has cast blame mainly at Biden, accusing him of ignoring the Pentagon’s concerns about a quick withdrawal from Afghanistan.

"Let’s make one thing clear now,” he tweeted on Sept. 23. "What happened in Afghanistan over the past few months was not a failure of our military – It was a failure of our commander-in-chief.”

While the questioning from Republicans will surely be more caustic, Democrats will also have pointed queries for Austin and Milley about Afghanistan.

The House version of the fiscal 2022 National Defense Authorization Act contained bipartisan provisions requesting an explanation for the botched withdrawal, indicating that both parties are displeased with how the administration handled it.