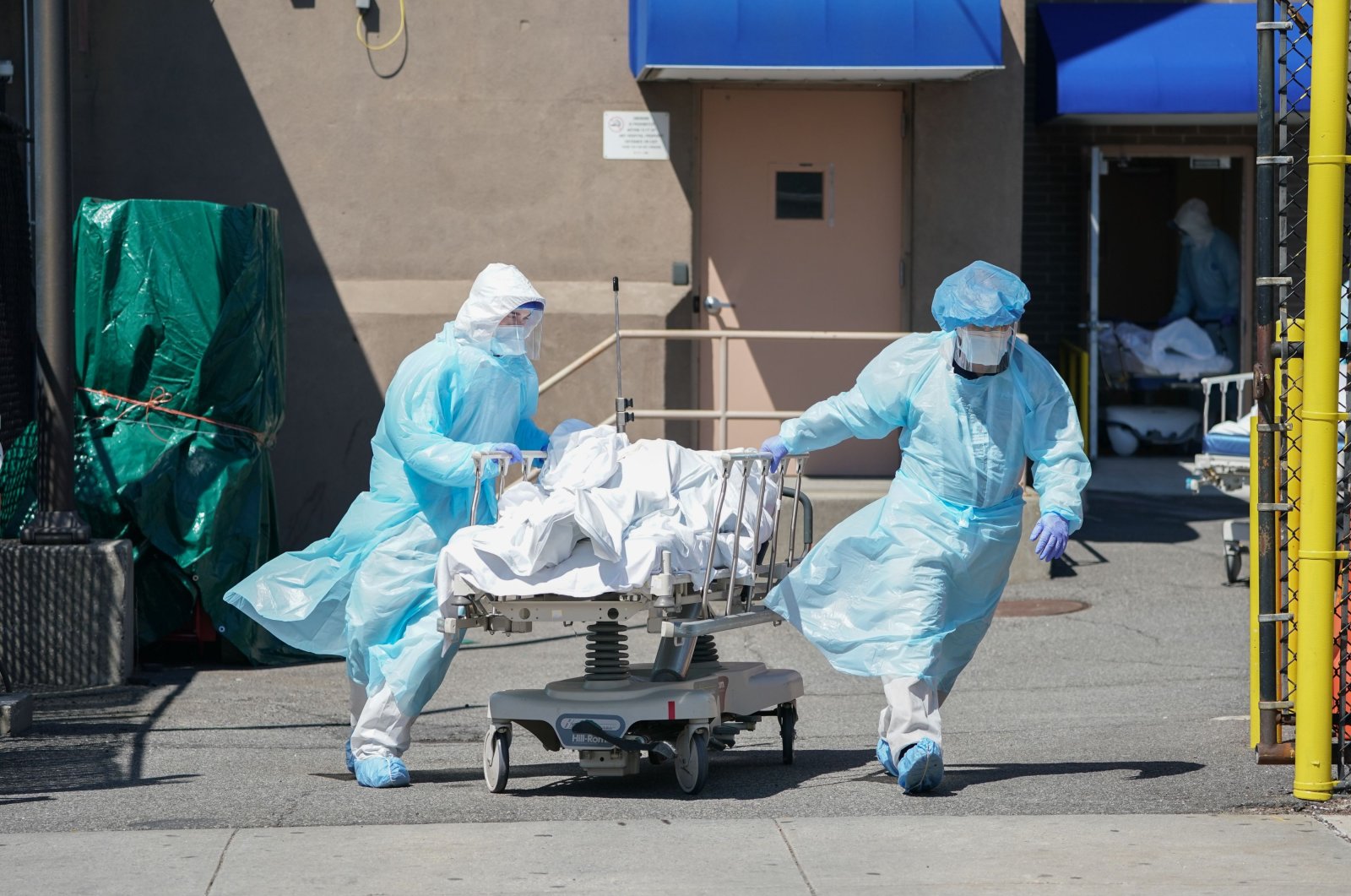 Bodies are moved to a refrigeration truck serving as a temporary morgue at Wyckoff Hospital in the Borough of Brooklyn, New York City, April 6, 2020. (AFP Photo)
by Anadolu Agency Jan 20, 2021 12:02 am
RECOMMENDED

The U.S. reported another grim milestone Tuesday, with the number of COVID-19 deaths surpassing 400,000, according to Johns Hopkins University.

The Maryland-based school noted 400,022 deaths and an excess of 24.1 million confirmed infections since last February.

The new tally comes one day before President-elect Joe Biden is set to be inaugurated as America's 46th president and he has pledged to prioritize the coronavirus crisis during his early days in office.

The Biden administration aims to implement a federal mask mandate and administer 100 million COVID-19 vaccines in 100 days in office, among other measures.

The Centers for Disease Control and Prevention (CDC) predicted that the death toll could surpass 400,000 before Inauguration Day on Wednesday.

When it comes to states, the virus has hit California the hardest with 3 million cases and 33,700 deaths.

Texas is second with 2.1 million cases, followed by Florida with 1.5 million, New York with 1.2 million and Illinois with 1 million.

Since December 2019, the COVID-19 pandemic has claimed more than 2 million lives in 191 countries and regions.

More than 95.9 million cases have been reported worldwide, with recoveries now exceeding 52.8 million, according to figures compiled by Johns Hopkins University.