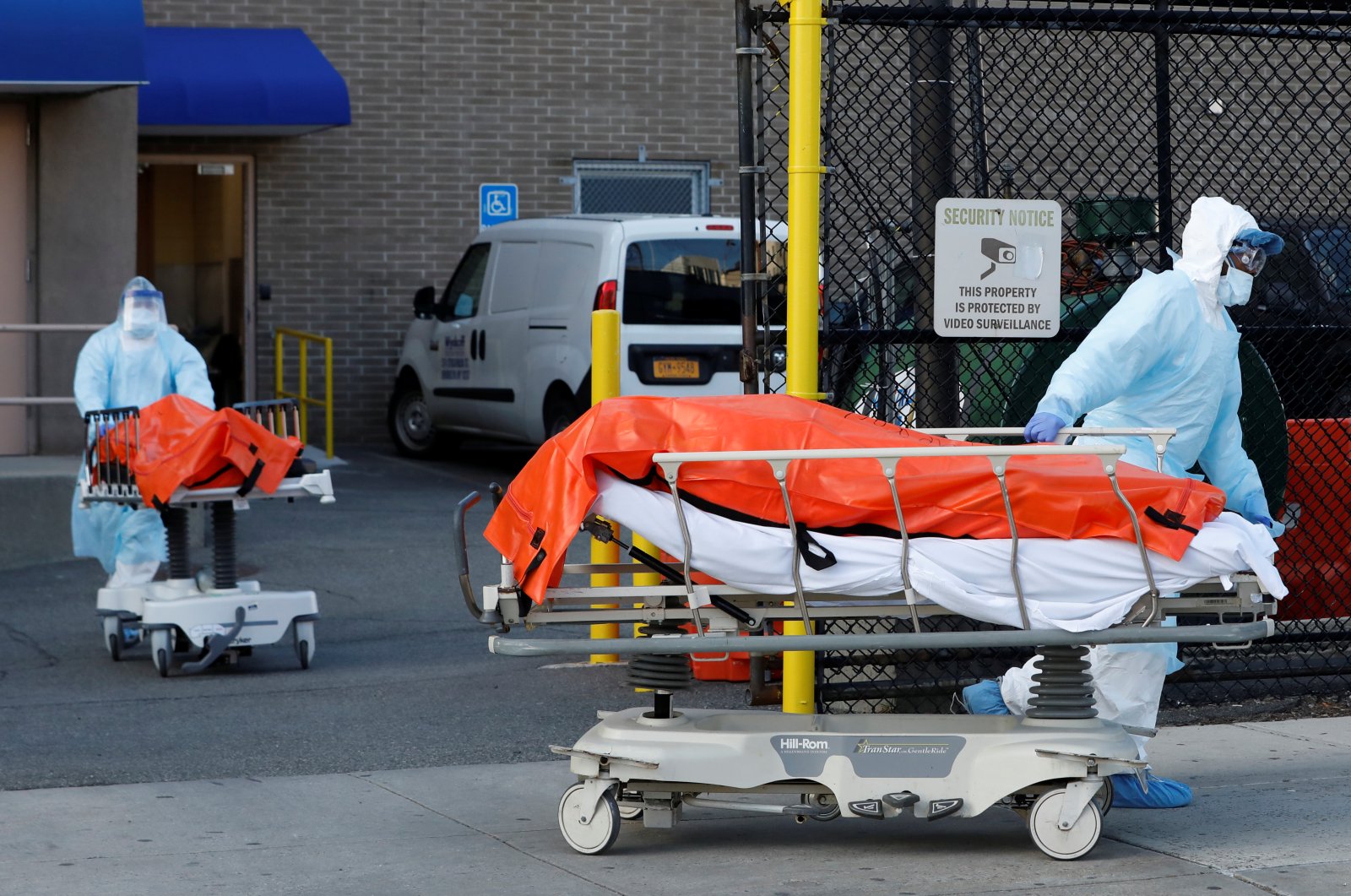 More than 10,000 people have died of coronavirus complications in the United States since the outbreak began in late January, Johns Hopkins University said Monday.

The Baltimore-based school, which has been keeping a running tally of global coronavirus numbers, said there are at least 347,003 confirmed infections in the U.S. with 10,335 deaths.

The world's leading economy is one of the worst-hit countries, trailing only Italy (15,877) and Spain (13,055) in numbers killed by the deadly pandemic.

The number of daily deaths is falling in some of the worst-affected European countries, but the U.S. has yet to reach its peak of the crisis.

Since the middle of last week, the U.S. has recorded more than 1,000 new deaths every day, with containment measures of varying degrees being enforced on a state-by-state basis.

New York is the main focus of the American outbreak, with more than 4,750 deaths statewide and 130,000 cases, more than half of them in New York City.

Authorities have warned that between 100,000 and 240,000 people could die from COVID-19 in the U.S., even in a best-case scenario with social distancing guidelines being observed.

The pandemic has killed more than 70,000 worldwide since the emergence of the new coronavirus in December in China, according to an Agence France-Presse (AFP) tally compiled from official sources.