US court sides with Trump on deporting immigrants 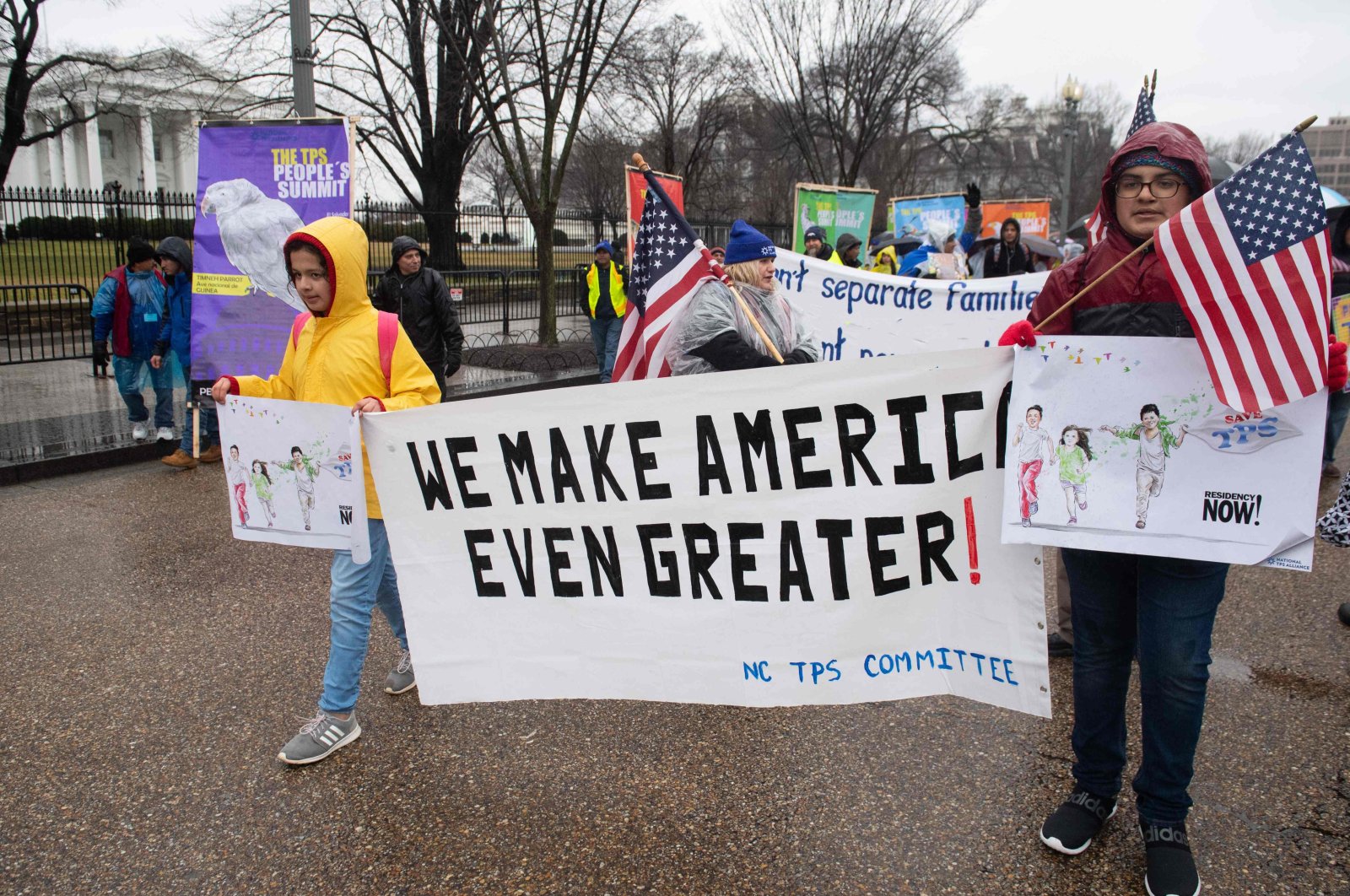 Demonstrators participate in the March For TPS (Temporary Protected Status) Justice as they rally in support of Deferred Action for Childhood Arrivals (DACA) recipients and TPS holders during a protest for permanent residency outside the White House in Washington, D.C., U.S., Feb. 12, 2019. (AFP Photo)
by French Press Agency - AFP Sep 15, 2020 9:02 am
RECOMMENDED

A U.S. court of appeals on Monday gave the green light for the Trump administration to expel hundreds of thousands of nationals from four countries who had been granted protected status for humanitarian reasons.

In a 2-1 ruling, the 9th Circuit Court of Appeals said a federal court in San Fransisco had erred when it issued an injunction protecting more than 300,000 immigrants from El Salvador, Haiti, Nicaragua and Sudan from being deported from the U.S.

President Donald Trump's administration has sought to end the Temporary Protected Status (TPS) granted to these people – who have several hundred thousand American children – on the grounds that their countries which were previously wracked by unrest were now safe.

Monday's ruling will not result in the immediate deportation of TPS holders, the American Civil Liberties Union said, as the challengers have vowed to file an appeal.

Writing for the majority, Judge Consuelo Callahan disagreed with arguments that a bid to terminate TPS was influenced by Trump's alleged anti-immigrant bias shown through his controversial remarks, including a 2018 comment in which he referred to "shithole countries."

"Plaintiffs fail to present even 'serious questions' on the merits of their claim that the Secretaries' TPS terminations were improperly influenced by the President's 'animus against non-white, non-European immigrants,'" Callahan wrote, referring to U.S.-citizen children of TPS holders who are behind the case brought before the court.

The court's majority added that while it did not "condone the offensive and disparaging nature" of Trump's remarks, there was no proof his "alleged racial animus was a motivating factor in the TPS decisions."

A statement by the American Civil Liberties Union said Monday's ruling will lead to families who have lived lawfully in the U.S. to be torn apart and vowed to fight the decision.

"The president's vile statements about TPS holders made perfectly clear that his administration acted out of racial animus," Ahilan Arulanantham, senior counsel of the American Civil Liberties Union Foundation of Southern California, said in a statement. "The Constitution does not permit policy to be driven by racism."

"Many of those with TPS have lived in the United States for more than two decades and are serving as essential workers on the front lines of the pandemic response," she said.

"The pain and fear caused by this decision will be felt deeply in communities across the United States, as long-time residents living with TPS are now left in limbo and face the risk of being separated from their American-born children," Schacher said.

The ACLU noted that TPS holders from the countries concerned will be permitted to maintain their status until at least February, and those from El Salvador until at least November.