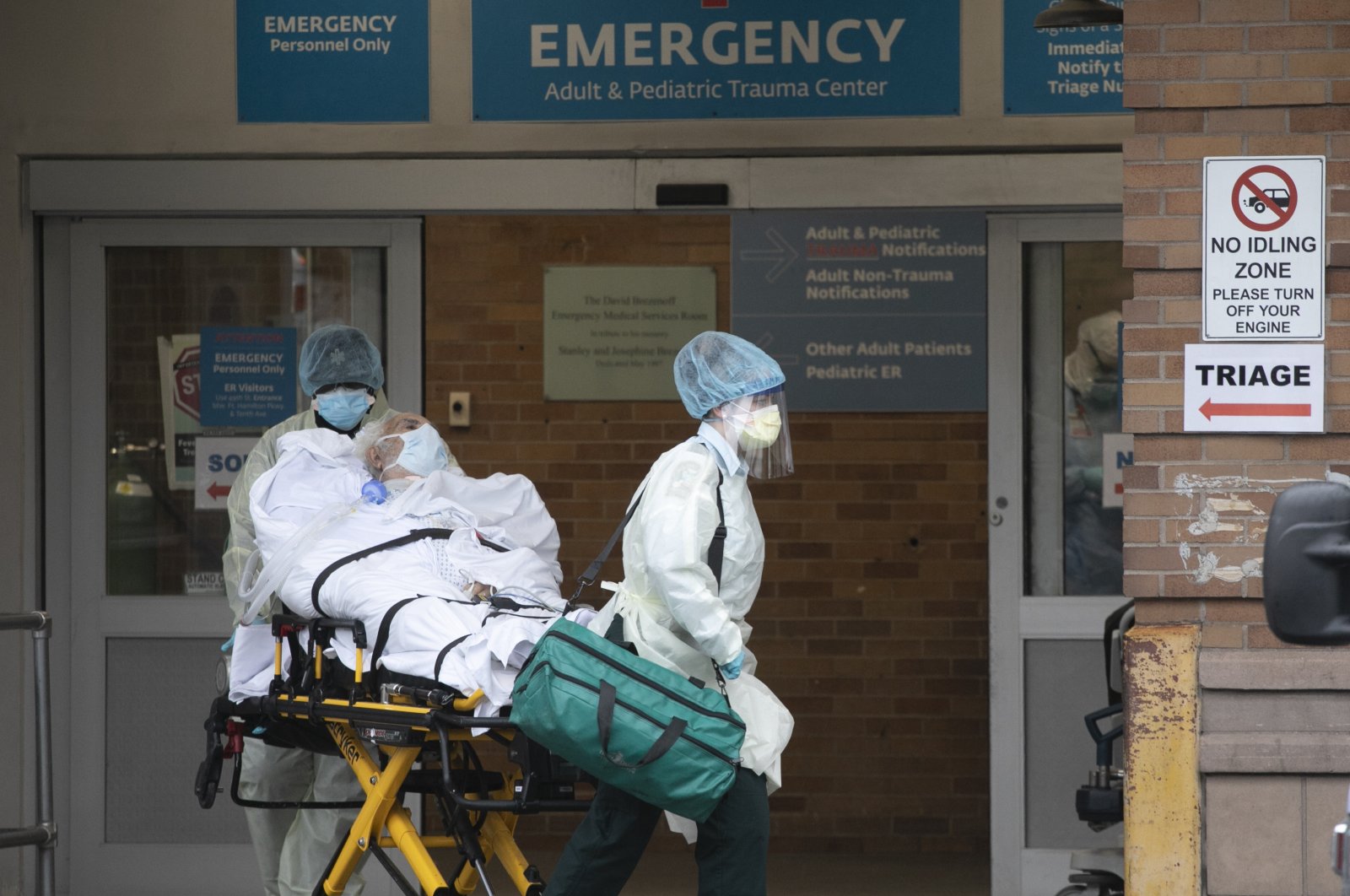 A patient is moved by healthcare workers at Maimonides Medical Center, Wednesday, May 6, 2020, in New York during the coronavirus pandemic. (AP Photo)
by Daily Sabah with AP May 26, 2020 7:45 pm
RECOMMENDED

U.S. death toll from COVID-19 on Tuesday topped 100,000, a mark President Donald Trump once predicted the country would never see.

All 50 states have begun easing their stay-at-home restrictions and allowing businesses to open their doors again, even as some parts of the country see no drop-off in confirmed coronavirus cases. There is also some optimism about the race for a vaccine.

“These little baby steps that we start to see different states reopening, different policies that are being allowed that weren’t allowed two weeks ago — these are all clear signals that we’re moving in the right direction,” said Jonathan Corpina, senior managing partner at Meridian Equity Partners.

Worldwide, the virus has infected nearly 5.5 million people, killing over 346,000, according to a tally by Johns Hopkins University. Europe has recorded about 170,000 deaths, while the U.S. was approaching 100,000, more than the number of Americans killed in the Vietnam and Korean wars combined.

But the true toll is widely believed to be significantly higher, with experts saying many victims died of the virus without ever being tested for it.

Trump several months ago likened the coronavirus to the flu and dismissed worries it could lead to so many deaths. The administration's leading scientists have since warned that as many as 240,000 could perish from the virus.

In hard-hit New York, Cuomo reported a one-day total Tuesday of 73 deaths, the lowest figure in months, and down from a peak of close to 800.

“In this absurd new reality that is good news," he said.