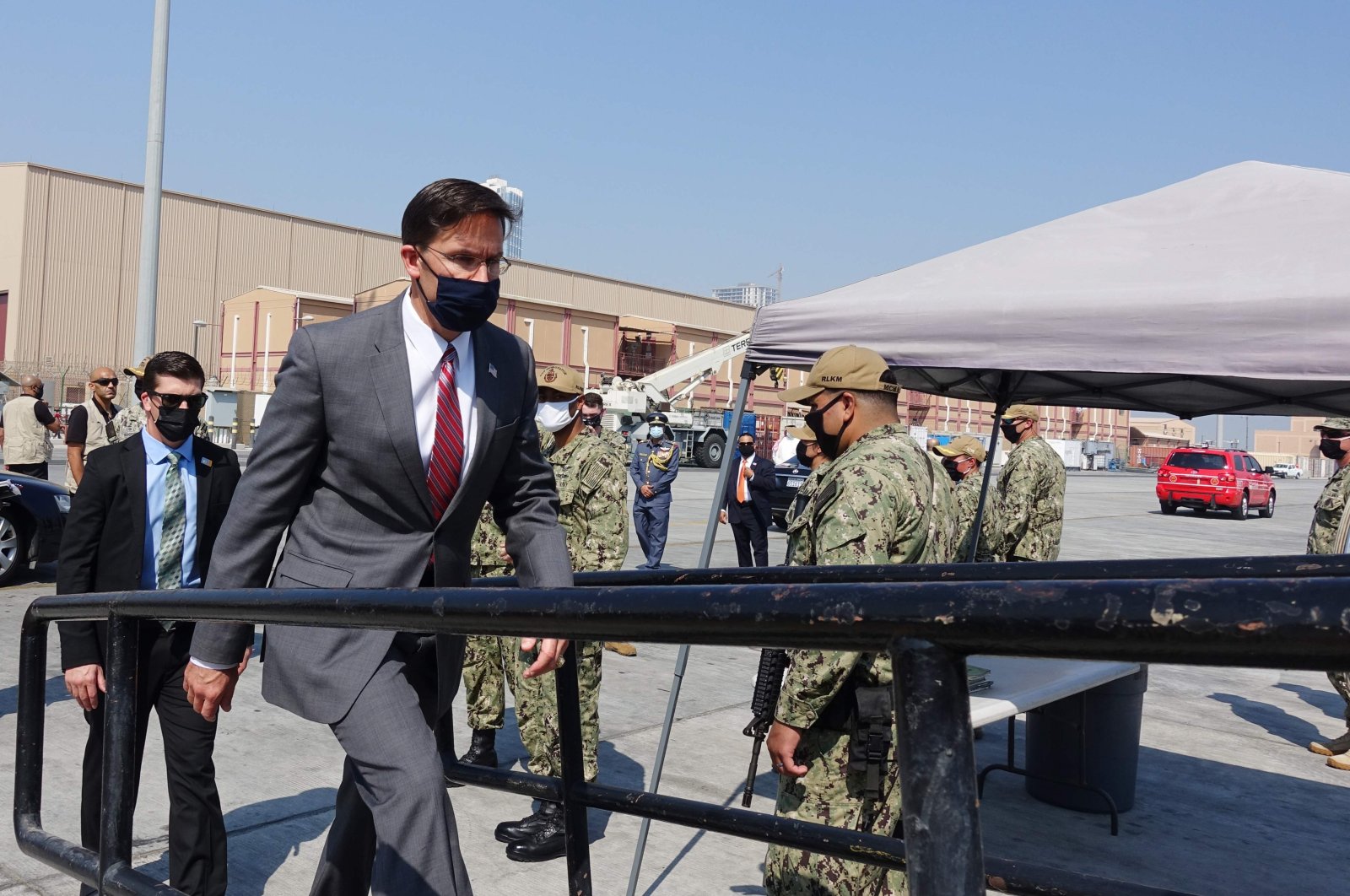 US Defense Secretary Mark Esper (C) boards on October 28, 2020 the USS Devastator minesweeper while on a visit to the Naval Forces Central Command base in the Gulf kingdom of Bahrain. (AFP Photo)
by Anadolu Agency Nov 06, 2020 1:26 am
RECOMMENDED

US Defense Secretary Mark Esper has prepared a letter of resignation, NBC News reported Thursday, as the US awaits the results of its presidential elections.

The American news outlet cited three current defense officials as saying that Esper prepared the letter "because he is one of the Cabinet officials long expected to be pushed out after the election."

The defense chief has long been at odds with President Donald Trump, according to multiple reports, including over Trump's use of the National Guard to quell protests this summer.

According to the officials, this week, Esper provided a written framework to Pentagon leaders for renaming installations and possibly even ships and street names on bases that honor Confederate generals or leaders.

The move could put Esper further at odds with the president, the report said.

The report came as the US awaits the results of elections that will decide who will become the country's 46th president.

As the count continues in key states like Pennsylvania, Nevada, Georgia and North Carolina, Biden is six Electoral College votes short of the 270 needed to claim victory, according to The Associated Press.

Elections were held for president, vice president, 35 of 100 senators and all 435 members of the House of Representatives.