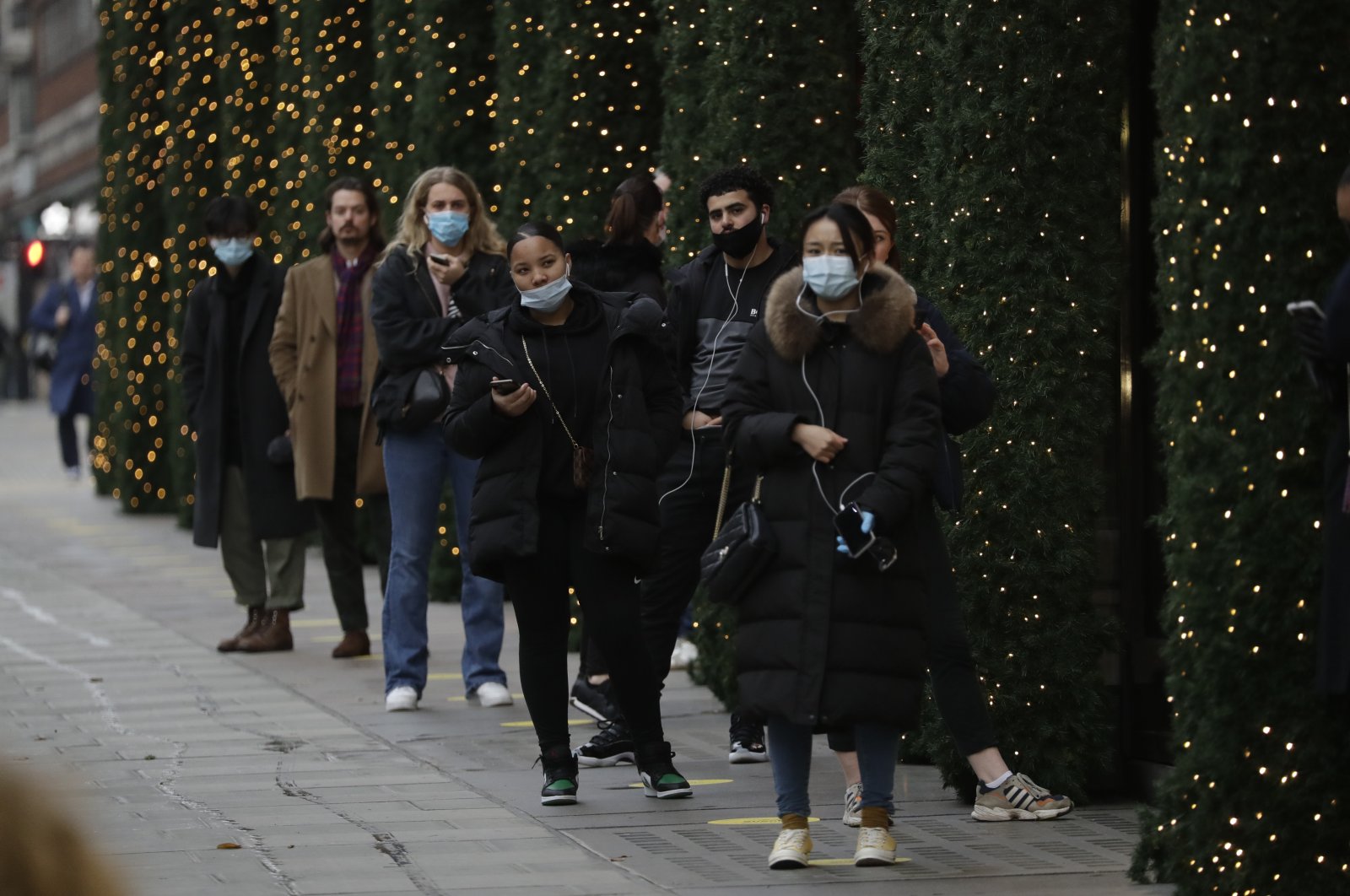 Countries have begun advancing with their COVID-19 vaccine plans, fostering hope that the world can finally get back on course in 2021 after a year of traumatic losses, both human and economic

The United States and Europe have fleshed out plans to administer COVID-19 vaccines, with Britain greenlighting the world’s first novel coronavirus shot, which has been backed by rigorous science and marks a major step toward eventually ending the pandemic.

Hopes are high that shots could be ready for use before the end of the year, with two frontrunner vaccines by Moderna and Pfizer-BioNTech already seeking emergency use approval on both sides of the Atlantic. Companies have been racing to find a treatment for COVID-19, which has killed almost 1.5 million people and infected more than 63 million since it emerged in China in December of last year. The European Medicines Agency (EMA) said Tuesday it would hold an extraordinary meeting on Dec. 29 "at the latest" to consider emergency approval for the vaccine developed by Germany's BioNTech and U.S. giant Pfizer. Another meeting to assess the request from Moderna will take place no later than Jan. 12. Large-scale trial data released last month showed that both vaccines were safe and around 95% effective against the virus.

A mere 12 months after the pandemic began in China, Britain approved the Pfizer-BioNTech vaccine on Wednesday, jumping ahead of the U.S and Europe to become the first country in the West to formally endorse a shot, which should reach the most vulnerable parts of the population early next week.

"Everybody can be confident that no corners whatsoever have been cut," Medicines and Healthcare products Regulatory Agency (MHRA) chief executive June Raine told a news conference, as reported by the Agence France-Presse (AFP). "The public deserve nothing less," she said, stressing her agency's certification process was no different to its counterparts in the U.S. and the European Union.

British Prime Minister Boris Johnson hailed the "fantastic" news but warned the public to remain cautious as on the same day England exited a four-week lockdown and reimposed regional restrictions.

Germany is rushing to prepare vaccination centers across the country in order to be ready once a vaccine has been approved in Europe.

Due to capacity limits, it will take Germany until 2022 to vaccinate the whole population, according to the head of an expert panel that helps determine in which order people should receive the vaccine. "If you can administer shots on 150,000 to 200,000 people a day, so on five or six days a week, assuming vaccines are available and people are willing to be vaccinated, then you can calculate how long it will take," Thomas Mertens, head of STIKO, Germany's expert panel on vaccine use, told Rheinische Post, as reported by Reuters. "Then you would need 100 days to vaccinate 15 million people," he said.

German Chancellor Angela Merkel has said that 60% to 70% of the population would need to acquire immunity, either via a COVID-19 vaccine or through infection, in order for the government to lift restrictions such as limits on private gatherings. Vaccination will not be mandatory in Germany.

In Italy, the country's health minister told lawmakers on Wednesday that Italy will distribute 202.6 million doses of COVID-19 vaccines over 2021 in “an unprecedented effort that will require a huge collective commitment,’’ as reported by the Associated Press (AP). Robert Speranza said the vaccines will not be mandatory, but that the doses allotted to Italy through an EU collective purchasing agreement would be “enough to potentially vaccinate the entire population.”

In the U.S., an advisory panel of the Centers for Disease Control and Prevention (CDC) proposed that health care workers and nursing home residents, 24 million people in total, be the first in line for COVID-19 jabs. The two groups have accounted for about 40% of deaths in the U.S. thus far. There won't be a blanket set of rules for the nation of 330 million since the federal government can only make recommendations to states, which ultimately decide for themselves.