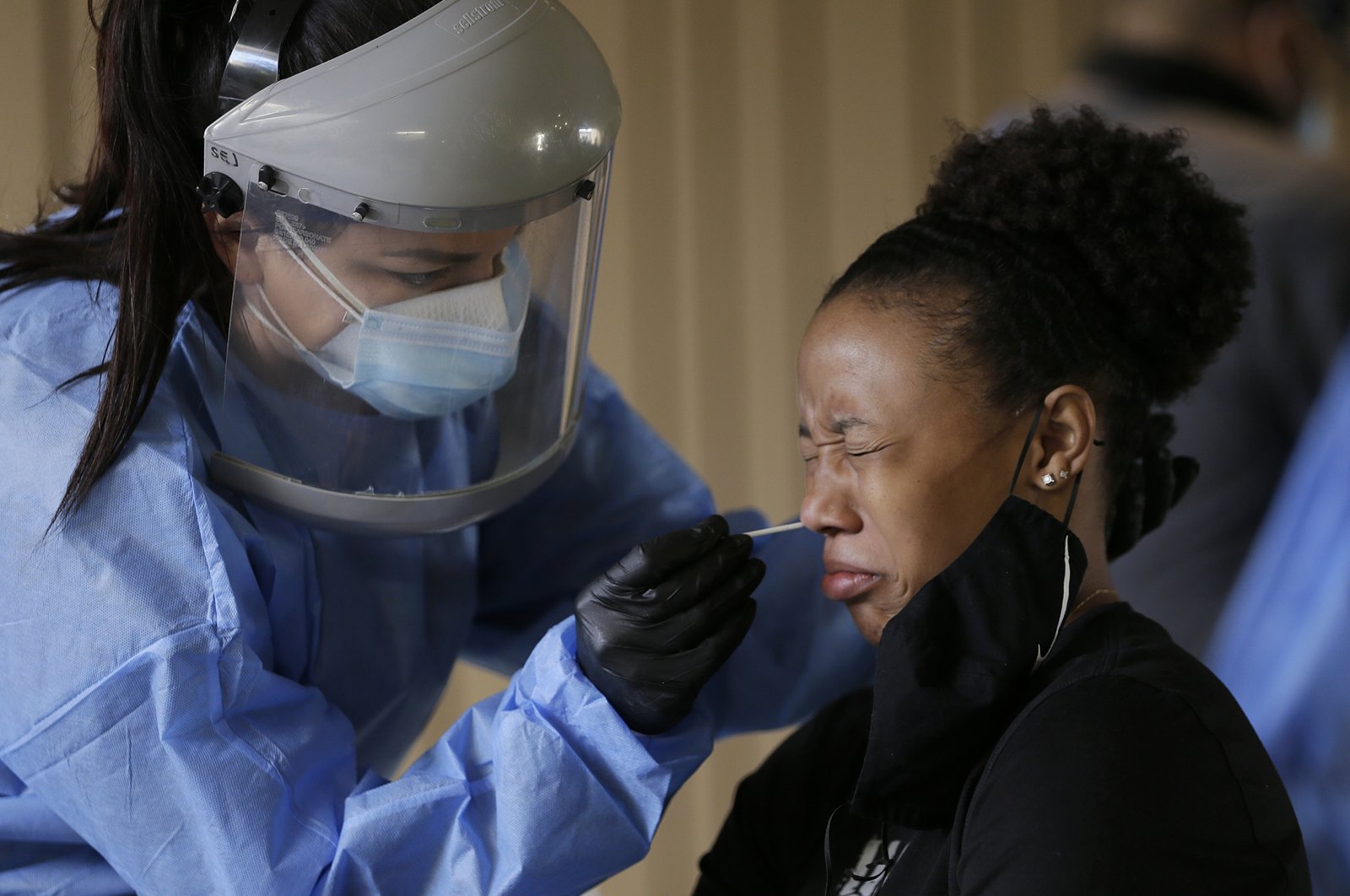 The United States logged 9 million COVID-19 cases Thursday, breaking its single-day record with over 91,000 new infections. For the third time in October, more than 1,000 people died of the virus in a single day on Thursday, raising the national death toll to nearly 230,000, the most in the world, according to Johns Hopkins University. The number of hospitalized COVID-19 patients rose over 50% in October to 46,000, the highest since mid-August.

The dire developments came with Election Day less than a week away and as President Donald Trump insists repeatedly on the campaign trail that "we are rounding the turn" on the pandemic. The virus is also rapidly spreading to record levels in Europe, with France and Germany announcing nationwide lockdowns this week. The pandemic is surging worldwide, with hundreds of thousands of new daily infections taking the known global caseload past 44 million, with nearly 1.2 million deaths.

Trump's handling of the pandemic in America, the world's worst-hit county, has been a key theme in the election campaign, where he trails Democrat challenger Joe Biden in national polling. Among the hardest hit by the latest COVID-19 surge are hotly contested states such as Ohio, Michigan, North Carolina, Pennsylvania and Wisconsin that will play an important role in deciding who wins the elections.

Ahead of the final weekend before Election Day on Tuesday, Trump and Biden will barnstorm across battleground states in the Midwest, including Wisconsin, where the coronavirus pandemic has exploded anew. Michigan and Wisconsin were two of the three historically Democratic industrial states, along with Pennsylvania, that narrowly voted for Trump in 2016, delivering him an upset victory. Minnesota, which has not voted for a Republican presidential candidate since 1972, is one of the few Democratic states that Trump is trying to flip this year.

Overall, the map looks ominous for Trump, who has consistently trailed Biden in national polls for months because of widespread disapproval of his handling of the coronavirus. Polls in the most competitive states, however, have shown a closer race.

The pandemic, as well as an extraordinary level of enthusiasm, has prompted Americans to vote early in unprecedented numbers. Already, more than 80 million votes have been cast either by mail or in person, well over half the total number of votes in the entire 2016 election, according to the U.S. Elections Project at the University of Florida.

The deluge of mail-in ballots makes it likely that the winner of several states, including major battlegrounds such as Pennsylvania and Wisconsin, will not be clear on Tuesday night, as election officials expect the vote-tallying to take days.