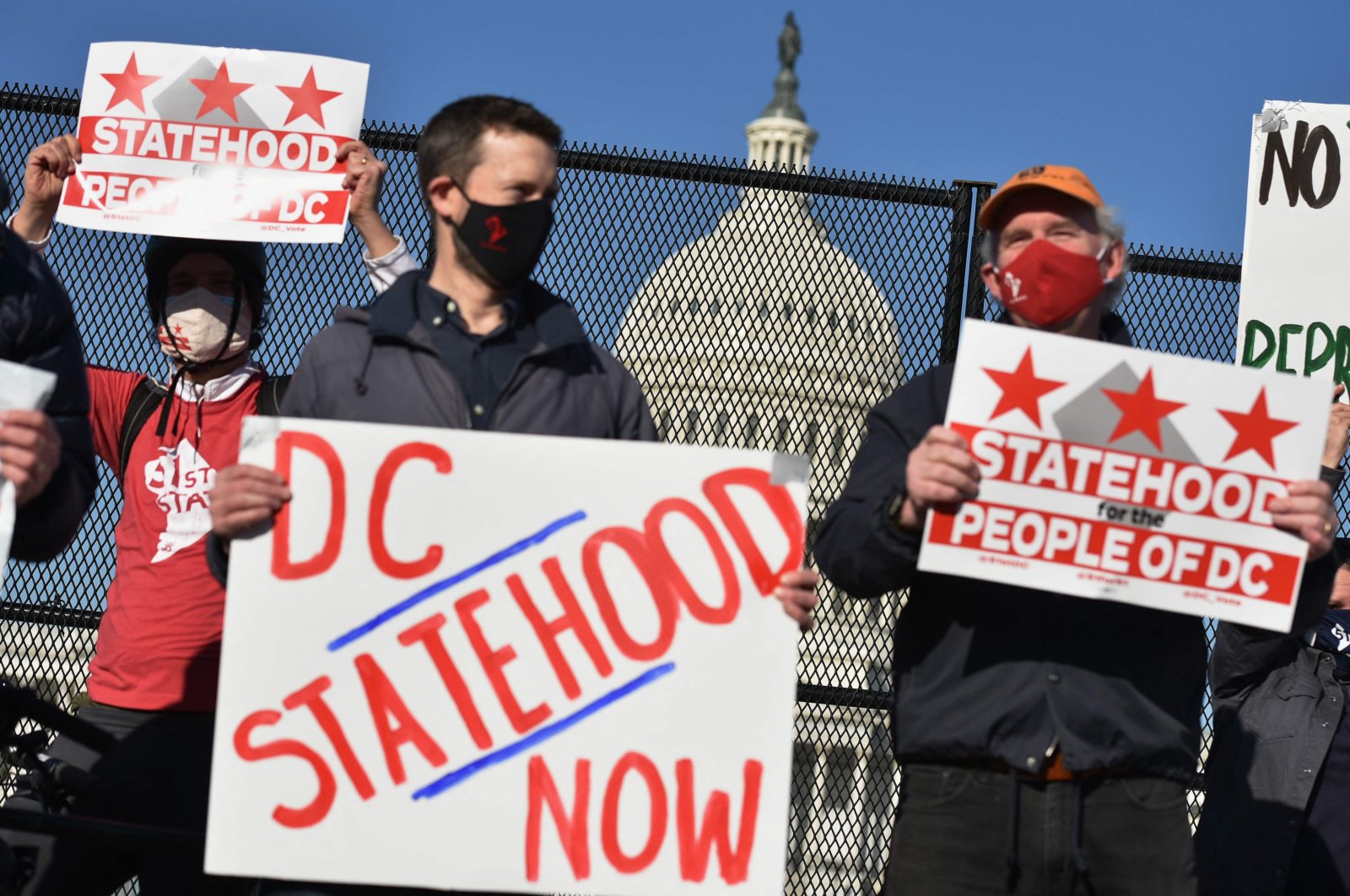 The U.S. House of Representatives approved late Thursday statehood for the nation's capital in what could mark a historic shift for the nation.

The 216-208 was along party lines as expected. Washington is overwhelmingly Democratic, meaning its representatives to the House and Senate would reliably be of the party, a fact that has led to uniform opposition among Republican lawmakers.

The vote marks the second time in a year that the Democratic-controlled House has passed the statehood bill. After clearing the chamber last year then-Majority Leader Mitch McConnell refused to take it up in the Senate.

But following elections in November, Democrats made gains in the 100-member Senate, splitting it 50-50 between the parties and giving Vice President Kamala Harris a tie-breaking vote.

Still, due to a procedural hurdle known as the filibuster 60 votes are required to advance a bill in the Senate, and with Republicans deadest on opposition, it is unlikely to advance there without a major overhaul to the chamber's rules.

Even if the filibuster is removed, all Democrats have yet to signal their support amid Republican allegations that the effort is a brazen power grab.

Washington, D.C.'s population of more than 710,000 is greater than the states of Wyoming and Vermont, and residents pay federal taxes even though they lack voting representatives in the House and Senate. The fact is potently referred to on the capital's license plates, which read "taxation without representation," a key grievance that led to the U.S.' independence from the British.

Mayor Muriel Bowser said the vote "comes at a critical time when Americans nationwide are eager to deliver on the promise of liberty and justice for all."

"Forty-five Senators have already acknowledged that our nation will be stronger when we end the disenfranchisement of more than 700,000 Americans living in Washington, D.C.," she said in a statement.

"We call on the 55 senators who have not yet signed on in support of DC statehood to fulfill their responsibility to build a more perfect union and seize this opportunity to right a 220-year-old wrong," she added.