US in chaos as black rights unrest spreads nationwide 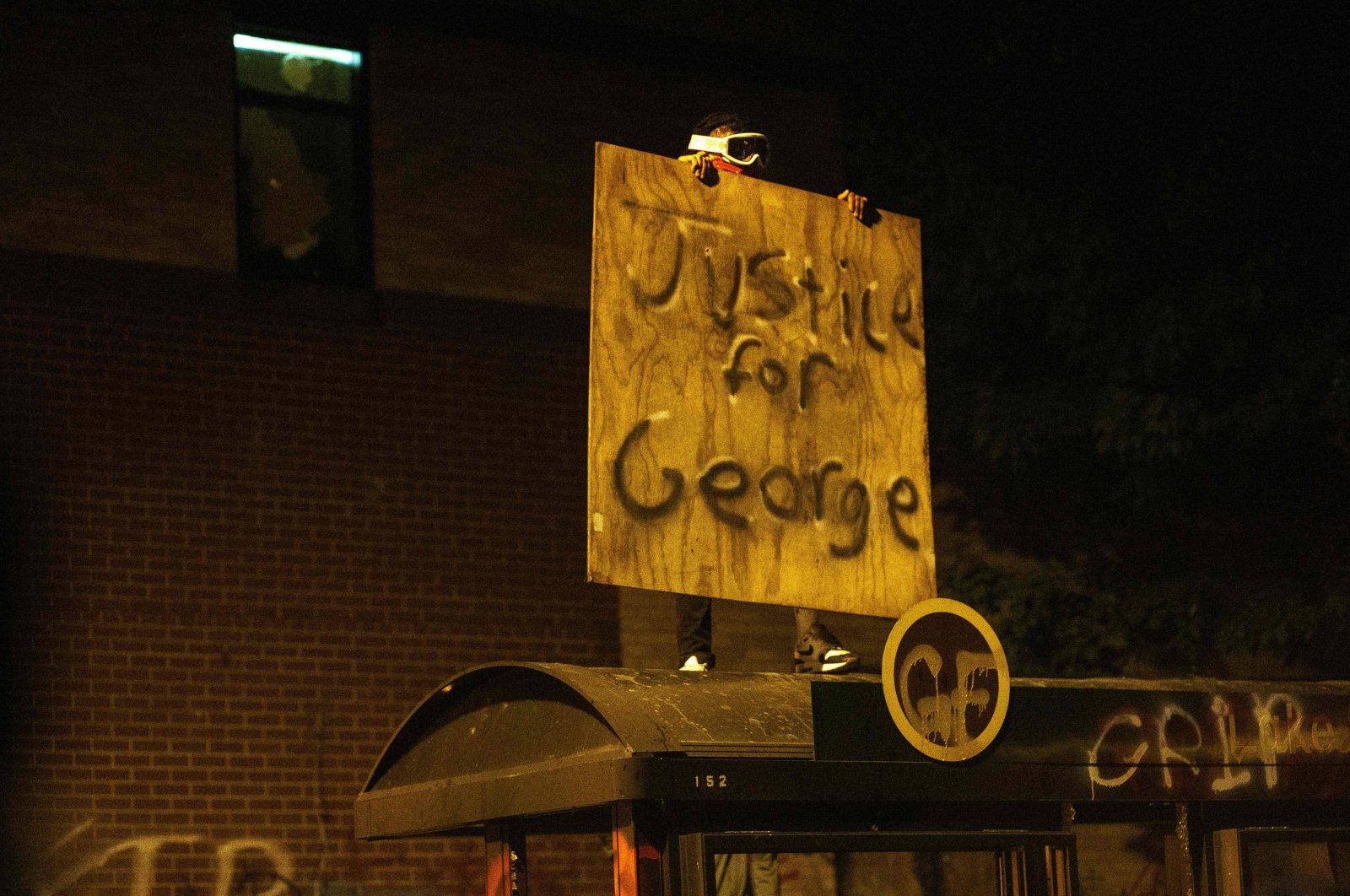 As unrest spread across the U.S. over the deaths of black people during police encounters as flames ripped through a Minnesota police station and seven protesters were shot in Kentucky

America's racism is once more in open display as nation-wide violent protests against police brutality have rocked the U.S.

Looting and vandalism gripped several major American cities as protesters vented rage over the death of an unarmed black man after a white police officer knelt on his neck as he lay on the ground following arrest.

The latest unrest in Minnesota's largest city, Minneapolis went largely unchecked late Thursday, with the mayor ordering a tactical police retreat from a police station that was set ablaze. Thursday night's disturbances in Minneapolis also spread into the adjacent city of St. Paul, the state capital, with fires and vandalism breaking out there.

National Guard troops called out earlier in the day by the governor kept a low profile. Governor Tim Walz had ordered the Guard to help keep the peace after two previous nights of disturbances sparked by George Floyd's death on Monday. Late Thursday, President Donald Trump blasted the “total lack of leadership” in Minneapolis. “Just spoke to Governor Tim Walz and told him that the Military is with him all the way. Any difficulty and we will assume control but, when the looting starts, the shooting starts,” he said on Twitter. Trump, who called protesters in Minneapolis “thugs,” drew another warning from Twitter for his rhetoric, saying it violated the platform’s rules about “glorifying violence.”

The Minnesota State Patrol arrested a CNN reporter reporting live on television early Friday morning while covering the Minneapolis protests, without giving any reason, and led him and three crew members away in handcuffs. Black reporter Omar Jimenez had just shown a protester being arrested when about half a dozen white police officers surrounded him.

Sympathy protests erupted on Wednesday in Los Angeles and Thursday in Denver, with freeway traffic blocked in both cities. In Phoenix, protesters faced off with police in riot gear at City Hall, and a rally was held at the Arizona state Capitol. The New York Police Department carried out more than 40 arrests during the George Floyd protests on Thursday, as reported by CNN.

Protesters angry over the death of George Floyd in Minneapolis police custody turned out for a demonstration in Columbus that began peacefully but turned violent, leaving smashed storefront windows along downtown streets around the statehouse. The crowd of around 400 people entered into a standoff with Columbus police Thursday night, blocking the intersection of key streets in the Ohio capital for hours, the Columbus Dispatch reported.

Protests first erupted Tuesday, a day after Floyd's death in a confrontation with police captured on widely seen citizen video. In the video, Floyd can be seen pleading as Officer Derek Chauvin presses his knee against him. As minutes pass, Floyd slowly stops talking and moving. The 3rd Precinct covers the portion of south Minneapolis where Floyd was arrested. Four police officers involved in the arrest of Lloyd, who was accused of trying to pass counterfeit money at a corner store, were dismissed on Tuesday, but unrest has continued unabated.

The Floyd case was reminiscent of the 2014 killing of Eric Garner, an unarmed black man in New York City who died after being put in a banned police chokehold as he, too, was heard to mutter, "I can't breathe." Garner's dying words became a rallying cry for the Black Lives Matter movement that formed amid a wave of killings of African-Americans by police.

At least seven people were shot in Louisville as protesters turned out to demand justice for Breonna Taylor, a black woman fatally shot by police in her home in March. Louisville Metro Police confirmed in a statement early Friday that there were at least seven shooting victims, at least one of whom is in critical condition. The statement said there were “some arrests,” but police didn't provide a number. “No officers discharged their service weapons,” police spokesman Sgt. Lamont Washington wrote in an email to The Associated Press. Washington said that all seven were civilians.

Around 500 to 600 demonstrators marched through the Kentucky city's downtown streets on Thursday night, the Courier-Journal reported. The protests stretched for more than six hours, ending in the early hours of Friday as rain poured down. “Understandably, emotions are high,” Louisville Mayor Greg Fischer tweeted just before midnight, sharing a Facebook post asking for peace that he said was written on behalf of Taylor's mother. “As Breonna's mother says let's be peaceful as we work toward truth and justice.”

Taylor, a 26-year-old emergency medical tech, was shot eight times on March 13 after Louisville narcotics detectives knocked down the front door. No drugs were found in the home. Attention on Taylor's death has intensified after her family sued the police department earlier this month. The case has attracted national headlines alongside the shooting of Ahmaud Arbery in a Georgia neighborhood in February.