US makes up quarter of almost all COVID-19 deaths 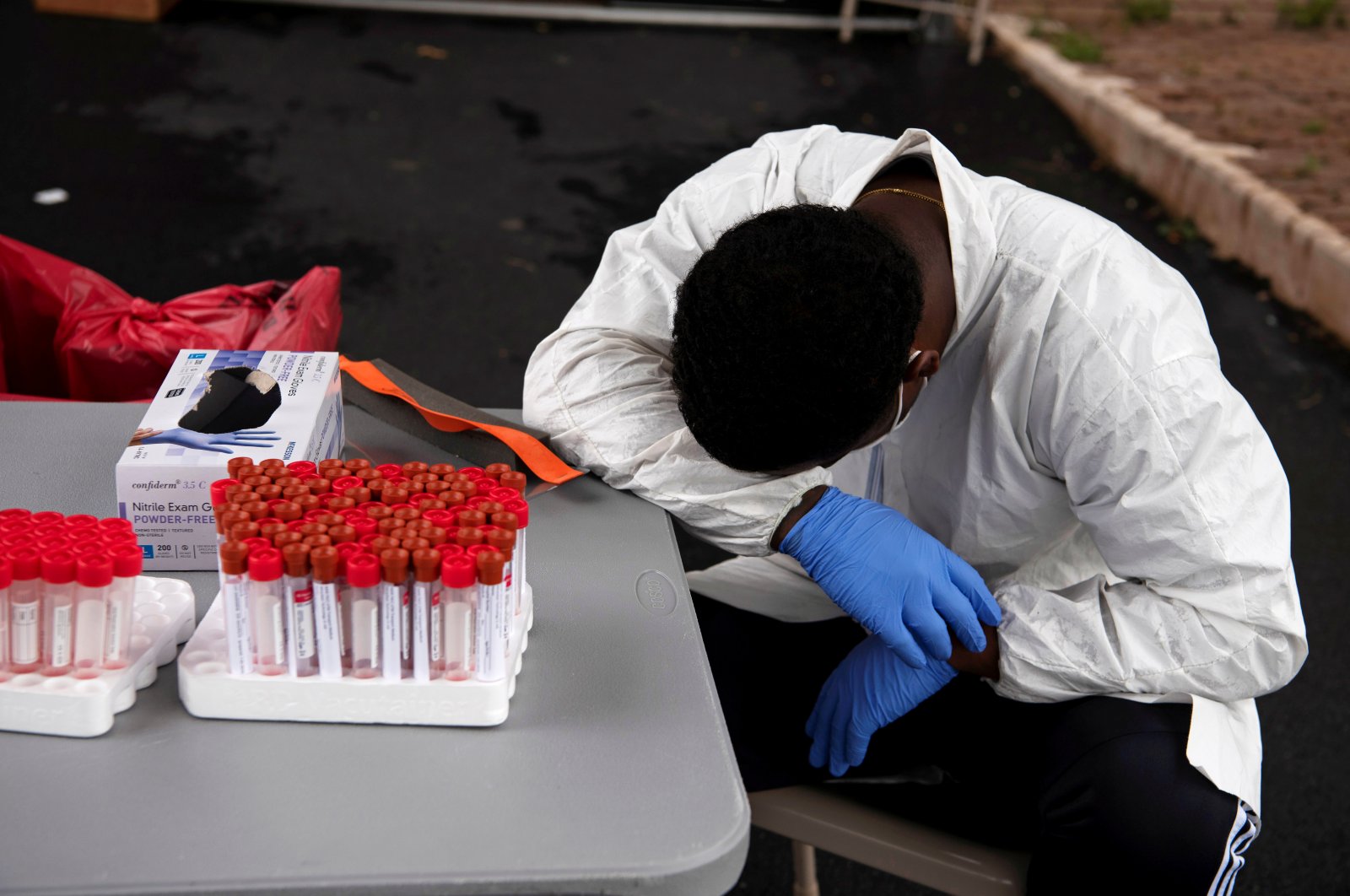 The coronavirus has now killed nearly 600,000 people globally, with America making up almost a quarter of recorded deaths as daily fatalities have reached new highs in many states

The United States leads the world in coronavirus fatalities, making up almost a quarter of the over 600,000 recorded deaths as breathtaking new infection numbers around the globe remind that a return to normal life is still a long way off. The U.S. tops the list with over 140,000 deaths, followed by more than 78,000 in Brazil, 45,000 in the United Kingdom and 38,000 in Mexico.

Concerns are rising that the pandemic has found fresh legs over the past few weeks, with Johns Hopkins University recording a one-day high of 252,500 on Thursday, and a slightly lower 233,400 on Saturday. The World Health Organization (WHO) gave a figure of 259,848 on Saturday, its highest yet. Experts believe the world's true numbers are higher because of testing shortages and data collection issues in some nations.

The number of confirmed infections worldwide has passed 14.2 million, with 3.7 million in the U.S. alone. The virus that first tore through New York, California and America's big cities is now plaguing places large and small, urban and rural, burning through the South, West and beyond without restraint. Infections are soaring in U.S. states like Florida, Texas and Arizona, fueled by the haphazard lifting of coronavirus lockdowns and the resistance of some Americans to wearing masks. Teams of military medics have been deployed in Texas and California to help hospitals deluged by patients. The surge of infections means that millions of American children are unlikely to return to classrooms full time in the fall.

South Africa now ranks as the fifth worst-hit country with more than 350,000 cases, or around half of all those confirmed on the continent. The country now trails the U.S., Brazil, India and Russia – all far more populous countries – in the number of infections, surpassing Peru, after health authorities announced 13,285 new cases.

In Europe, where infections are far from their spring peak, local outbreaks are causing concern, and 4 million residents of Barcelona in virus-ravaged Spain were effectively placed under lockdown. The country's COVID-19 death toll of 28,400 is one of Europe's worst, and the country has identified more than 150 new virus clusters within its borders. The regional government of Catalonia advised residents to stay home unless absolutely necessary, banning gatherings of over 10 people and shutting cinemas, theaters and nightclubs, after the number of new cases tripled in a week.

France, where masks will be compulsory in indoor public spaces from Monday, is closely watching coronavirus clusters in neighboring Spain, Prime Minister Jean Castex said, less than a month after the border between the two countries was reopened.

Elsewhere in Asia, China confirmed 13 new cases in the northwestern city of Urumqi, while South Korea reported less than 40 additional cases for a second straight day.

The Urumqi outbreak is the latest to pop up since China largely contained the domestic spread of the virus in March. Authorities in the country's western Xinjiang Uighur Autonomous Region have declared a "wartime situation" as the administration attempts to clamp down on a sudden spike in coronavirus cases. At least 30 people have been infected, and authorities are conducting universal testing in communities where cases were discovered, later to be expanded to other parts of the city and major businesses.

South Korean authorities are also struggling to suppress an uptick in local infections, with 34 additional cases, 21 of them domestic and 13 from overseas, raising the country’s total to 13,745 with 295 deaths.