US media refuses to call Nashville bomber a 'terrorist' 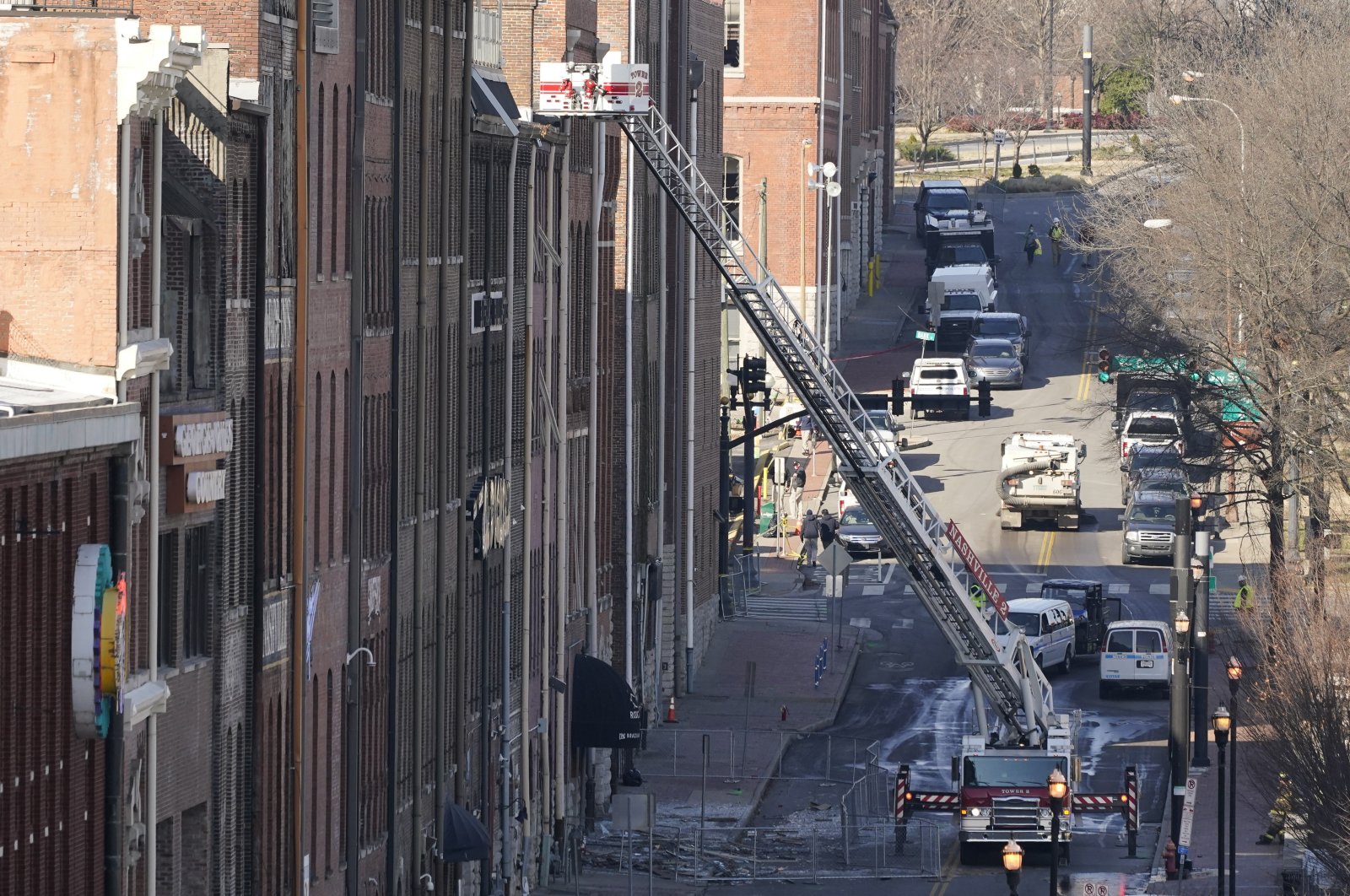 The U.S. media's coverage of the bomb attack in Nashville once again casts doubt on its integrity, with many accusing the outlets of applying a double standard

When the investigation identified 63-year-old Anthony Quinn Warner as the main suspect in the bomb attack on Nashville, U.S. President Donald Trump remained silent. The media coverage was no different. Despite the obvious manifestation of terrorism, Warner, who killed himself and injured three others in the attack, was only acknowledged as a white individual with no mention of domestic terrorism or suicide bombing.

The outgoing Trump had fervently defended "white power" during the George Floyd protests and denounced the demonstrations as "crazy," fueling even more conflict by calling the Black Lives Matter movement a “symbol of hate.” After the suicide bombing in Nashville, he refrained from making any comment, despite his fiery manner in similar attacks perpetrated by representatives of ethnic minority groups in past.

The Trump administration used similar incidents allegedly carried out by refugees to legitimize the ban on the whole Muslim population entering the United States. Actually, it was not a new practice for Washington as the Sept. 11 attacks were used to justify the illegal arrest and detention of 762 Muslim Americans, while the Americans pointed to Pearl Harbor as an excuse for the Japanese internment camps.

The situation is very similar in the Warner incident. After the FBI identified Warner as responsible for the bombing, leading American media outlets, including The New York Times, refused to call the man a suicide bomber, a definition which is preferably used in stories related to the Middle East and when nonwhite people are involved. Instead, he was described as "the man who set off the Nashville explosion," prompting major backlash on social media.

A local paper Quinn called Warner a "lone bomber," using a well-known method to excuse the action, an approach that was also used by the Times.

The article titled “A Quiet Life, a Thunderous Death, and a Nightmare That Shook Nashville" in the newspaper described Warner as a lonely, single, elderly man who claimed to have been diagnosed with cancer and who gave away his car and his home before carrying out the bombing.

“This detail may reveal Nashville bomber’s loneliness, explain his action and rebut @waltshaub conclusion that even without a warning or manifesto, blowing up RV in a city makes you a terrorist. What do you think? And does it matter what bombing is called?” MSNBC contributor and former federal prosecutor Jill Wine-Banks wrote on Twitter.

"If a bomber commits suicide with a bomb wouldn’t you call that person a suicide bomber?" Daily Beast editor Molly Jong-Fast said.

Shortly after growing criticism that one more time questioned the integrity of the U.S. press, the Times emphasized that the story is quite different from the other types of bombings and domestic attacks. But the question is, how big of a platform are media groups willing to give the white suicide bomber when others, such as black people or Muslims, are not given the same consideration.

According to the news website Refinery 29, while white supremacist groups pose the highest terrorist threat in the U.S., the attacks carried out by Muslims, on average, receive 357% more media coverage than other attacks, with mass shooters being described as “mentally ill lone gunmen.”

"If a suicide bomber did the same thing that Anthony Warner did in Iraq or Afghanistan, it would be considered a suicide bomb terrorist attack, so why is it not being labeled as such because a white American did it on American soil?" David Weissman said, with Midwin Charles, a legal analyst at CNN and MSNBC, saying that she "can tell from headline that Warner is white. If he were anything else, the words 'suicide bomber' & a negative word to describe him like deranged, thug, animal, etc. would appear in the headline."

While investigators tried to piece together the timeline of the event in Nashville, a neighbor recalled a recent conversation with Warner that seemed ominous only in hindsight. Rick Laude told The Associated Press (AP) on Monday that he saw Warner standing at his mailbox less than a week before Christmas and pulled over in his car to talk.

After asking how Warner’s elderly mother was doing, Laude said he casually asked him, "Is Santa going to bring you anything good for Christmas?” Warner smiled and said, "Oh, yeah, and the world is never going to forget me." These testimonies implied a well-planned terrorist attack instead of an abrupt action.