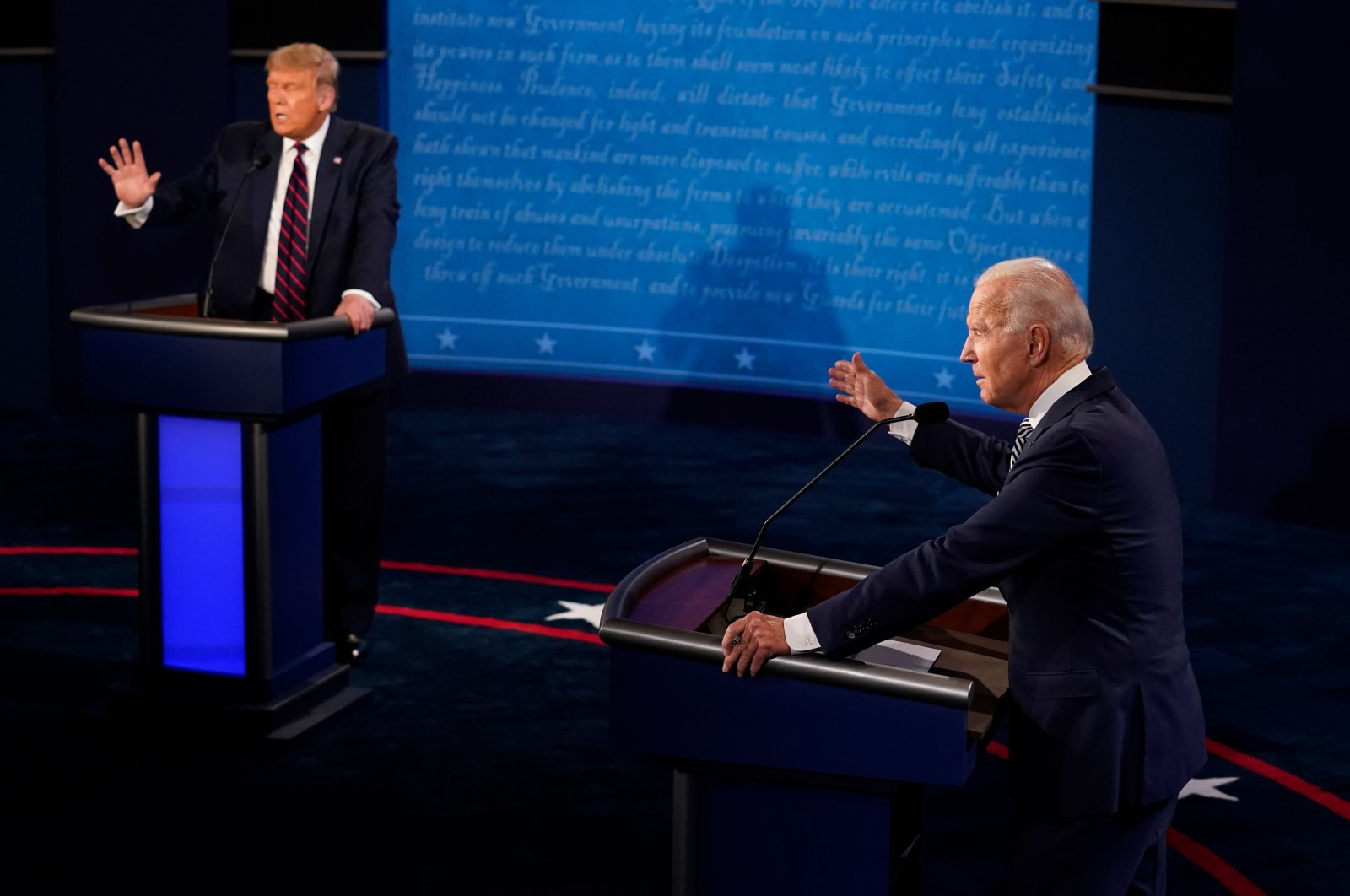 Poll aggregators show Biden leads nationally with a 9-10-percentage point, though the contest is closer in six swing states including Wisconsin, Pennsylvania, Michigan, North Carolina, Florida and Arizona, that will play critical roles in deciding whether Trump wins a second term in office or if Biden ousts him.

After the first combative debate and the president testing positive for coronavirus, Democratic candidate Joe Biden leads President Donald Trump by a 53-43% margin, in a Fox News national survey conducted on Oct 7.

President Trump appeared to cut into his democratic rival Biden's lead in Pennsylvania, one of the election's most important battlegrounds, which showed the challenger leading by 49% to 45%, slightly narrower than a week earlier.

Biden maintained a solid lead in Wisconsin, Reuters/Ipsos opinion polls showed on Monday. The polling also shows Trump trailing in Michigan and the other Rust Belt states that he narrowly carried four years ago. Trump also trails in Arizona but the two are effectively tied in Florida and North Carolina.

Even though Trump trails in national polls and struggles with fundraising with just weeks before Election Day, Republicans see their progress signing up voters in Florida, Pennsylvania, Arizona and other states as a rare positive.

Democrats appear to have been set back by their decision to curb in-person voter registration drives during much of the pandemic. And in something of a reversal, Republicans are boasting about their success bringing in new voters who could ramp up turnout and deliver the White House to their candidate.

Trump's handling of the COVID-19 pandemic, which has killed more than 219,000 Americans and thrown millions out of work, has taken a heavy toll on his re-election prospects.

Despite rising cases of the highly contagious disease, which landed Trump in hospital for three days, he has resumed a heavy schedule of campaign travel including rallies where his supporters pack together tightly, many not wearing masks.

More than 30 million votes have already been cast, according to the University of Florida's U.S. Elections Project, more than one-fifth of the total vote in the last presidential contest four years ago.

Early returns show registered Democrats outpacing Republicans in most states that track party affiliation. Trump has repeatedly characterized absentee voting as unreliable, though experts say it is as secure as any other method.

His campaign and the Republican Party have sought, with mixed success, to limit mail voting in states in states that expanded the voting program in response to fears of spreading COVID-19 at crowded polling places.

In Pennsylvania, his campaign has failed to prevent officials from setting up ballot drop boxes, a popular option in many other states.

On Monday, the U.S. Supreme Court also allowed state officials to count mail ballots that arrive up to three days after the Nov. 3 election, rejecting a Republican effort to reject all those that arrive after Election Day.

Trump and Biden will face off in a final televised debate on Thursday, their second matchup after Trump backed out of last week's planned appearance over a disagreement about the virtual format following his COVID-19 infection.

Organizers said Monday they would deploy a mute button to ensure each candidate has a chance to speak for two minutes at the outset of every 15-minute debate segment, an attempt to head off the interruptions that marred the first debate.