US President Trump tells Georgia official to 'find' him 11,780 votes 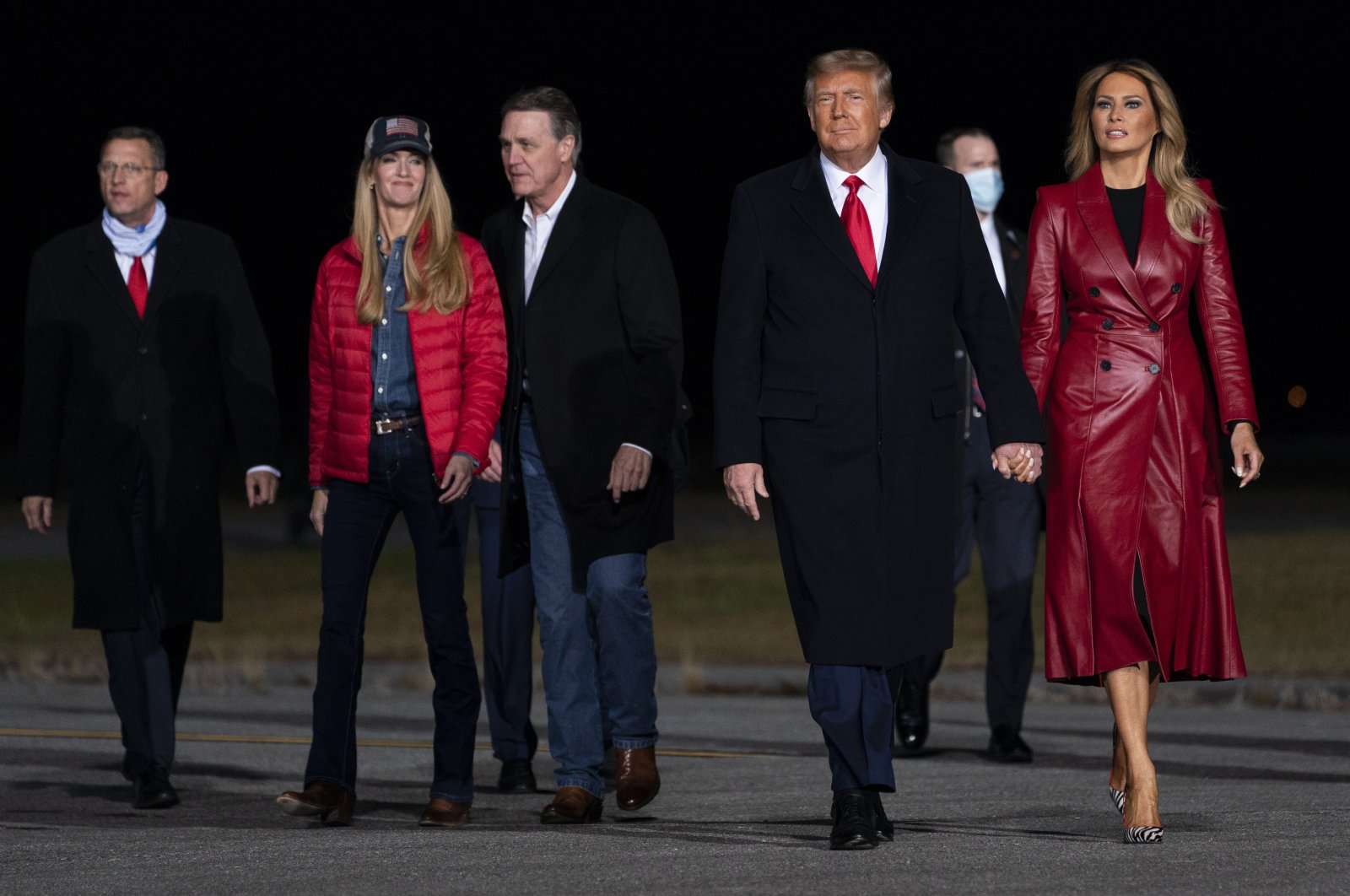 An audio recording with a stunning conversation between the outgoing U.S. President Donald Trump and Georgia's Secretary of State Brad Raffensperger, a fellow Republican, has revealed Trump’s various illegal attempts to falsify the vote, making vague threats that Raffensperger and his general counsel could face 'a big risk' if they failed to honor his request

More than two months have passed since the most consequential presidential elections took place in the United States. The former Vice President and the candidate from the Democratic Party Joe Biden secured about 81.2 million votes in his victory against U.S. President Donald Trump. Republican, who still refuses to concede that he lost on November 3 election has taken every opportunity to spread false claims of widespread vote fraud and cast doubt on election result, despite multiple recounts and court rulings undermining his case. But this time he is overplayed his hand.

Trump pressured Georgia's Republican secretary of state to “find” enough votes to overturn Biden's win in the state's presidential election, raising the prospect of “criminal offense" if officials did not change the vote count, according to a recording of the conversation.

The phone call with Secretary of State Brad Raffensperger on Saturday was the latest step in an unprecedented effort by a sitting president to pressure a state official to reverse the outcome of a free and fair election that he lost. The president, who has refused to accept his loss to Democratic President-elect Biden, repeatedly argued that Raffensperger could change the certified results.

Georgia counted its votes three times before certifying Biden's win by a 11,779 margin, Raffensperger noted: “President Trump, we’ve had several lawsuits, and we’ve had to respond in court to the lawsuits and the contentions. We don’t agree that you have won."

Audio snippets of the conversation were first posted online by The Washington Post. The Associated Press (AP) obtained the full audio of Trump’s conversation with Georgia officials from a person on the call. The AP has a policy of not amplifying disinformation and unproven allegations. The AP plans to post the full audio as it annotates a transcript with fact check material.

Trump's renewed intervention and the persistent and unfounded claims of fraud come nearly two weeks before he leaves office and two days before twin runoff elections in Georgia that will determine political control of the U.S. Senate.

The president used the hourlong conversation to tick through a list of claims about the election in Georgia, including that hundreds of thousands of ballots mysteriously appeared in Fulton County, which includes Atlanta. Officials have said there is no evidence of that happening.

The Georgia officials on the call are heard repeatedly pushing back against the president’s assertions, telling him that he’s relying on debunked theories and, in one case, selectively edited video.

At another point in the conversation, Trump appeared to threaten Raffensperger and Ryan Germany, the secretary of state’s legal counsel, by suggesting both could be criminally liable if they failed to find that thousands of ballots in Fulton County had been illegally destroyed. There is no evidence to support Trump’s claim.

“That’s a criminal offense,” Trump says. “And you can’t let that happen."

Others on the call included Mark Meadows, the White House chief of staff, and attorneys assisting Trump, including Washington lawyer Cleta Mitchell.

Biden senior adviser Bob Bauer called the recording “irrefutable proof” of Trump pressuring and threatening an official in his own party to “rescind a state's lawful, certified vote count and fabricate another in its place.”

Sen. Dick Durbin of Illinois, the No. 2 Democrat in that chamber, said Trump’s conduct “merits nothing less than a criminal investigation."

Trump has repeatedly attacked how Raffensperger conducted Georgia’s elections, claiming without evidence that the state’s 16 electoral votes were wrongly given to Biden.

“He has no clue!” Trump tweeted of Raffensperger, saying the state official “was unwilling, or unable” to answer questions.

Raffensperger’s Twitter response: “Respectfully, President Trump: What you’re saying is not true. The truth will come out.”

Various election officials across the country and Trump's former attorney general, William Barr, have said there was no widespread fraud in the election. Republican governors in Arizona and Georgia, key battleground states crucial to Biden’s victory, have also vouched for the integrity of their state elections. Nearly all the legal challenges from Trump and his allies have been dismissed by judges, including two tossed by the Supreme Court, which includes three Trump-nominated justices.

In Georgia, the ballots were counted three times, including a mandatory hand count and a Trump-requested recount.

Rebecca Green, who helps direct the election law program at William and Mary Law School, said that while it is appropriate for a candidate to question the outcome of an election, the processes for doing so for the presidential election have run their course. States have certified their votes.

Green said Trump had raised “lots of questions” about whether he violated any election laws.

Carl Tobias, a law professor at the University of Richmond, said Trump is guilty of “reprehensible and, possibly illegal, conduct.”

Trump noted on the call that he intended to repeat his claims about fraud at a Monday night rally in Dalton, a heavily Republican area in north Georgia.

Biden is also due to campaign in Georgia on Monday, and Vice President-elect Kamala Harris stumped in Garden City, Georgia, on Sunday, slamming Trump for the call.

“It was a bald, bald-faced, bold abuse of power by the president of the United States,” she said.

Loeffler and Perdue have largely backed Trump in his attempts to overturn election results. But on Sunday, Loeffler said she hadn't decided whether to join Republican colleagues in challenging the legitimacy of Biden’s victory over Trump when Congress meets Wednesday to affirm Biden's 306-232 vote win in the Electoral College.

Perdue, who was quarantined after being exposed to a staff member with the coronavirus, said he supports the challenge, although he will not be a sitting senator when the vote happens because his term has expired. Still, he told Fox News Channel he was encouraging his colleagues to object, saying it's “something that the American people demand right now.”

His rival, Ossoff, speaking at the Garden City rally, attacked Perdue and Loeffler for failing to stand up for Georgia’s voters, specifically saying that the state’s black voters were being targeted.

“When the president of the United States calls up Georgia’s election officials and tries to intimidate them to change the result of the election, to disenfranchise Georgia voters, to disenfranchise black voters in Georgia who delivered this state for Joe Biden and Kamala Harris, that is a direct attack on our democracy," he said.